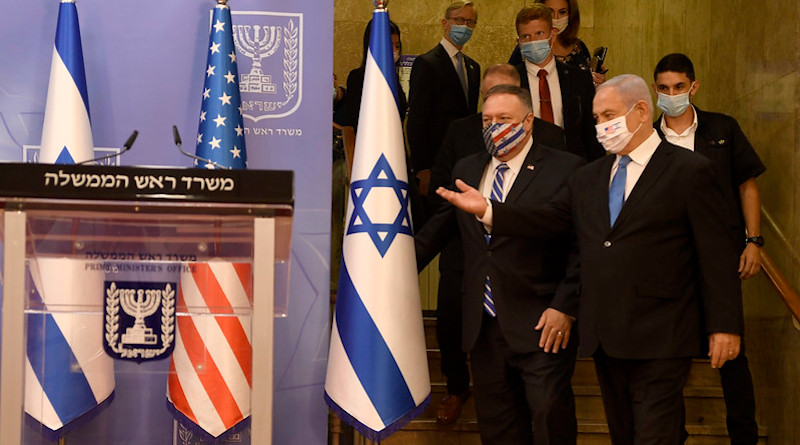 US Secretary of State Mike Pompeo’s decision to record a speech for the Republican National Convention from Jerusalem has angered Democrats and the US foreign policy establishment, who are calling it unethical and maybe illegal.

Pompeo is currently on a tour of the Middle East. He left Israel for Sudan on Tuesday morning, but not before he recorded a message from Jerusalem that is scheduled to be shown at the Republican party convention later in the day. The message is supposed to be in his “personal capacity” but the Democrats and foreign policy think-tanks in Washington, DC aren’t buying it.

“He doesn’t have a personal capacity,” Council on Foreign Relations president Richard Haass told MSNBC, adding that “there’s no reason to politicize American foreign policy to this degree.”

House Democrats have launched an official investigation into the speech. Rep. Joaquin Castro (D-Texas), chair of the subcommittee on Oversight and Investigations on the House Foreign Affairs Committee, said Pompeo’s remarks “may violate the Hatch Act, government-wide regulations implementing that Act, and State Department policies.” Castro demanded an extensive list of documents and receipts from the secretary’s deputy by September 10.

The Hatch Act, which dates back to 1939, prohibits all employees of the executive branch – except the president and the vice president – from engaging in certain forms of political activity. Amendments passed in 1993 have removed the ban on political campaigns, however.

Fresh from denouncing President Donald Trump and the Republicans as “enemies of the state” over the funding for the US Postal Service, House Speaker Nancy Pelosi (D-California) told MSNBC that Pompeo’s address was “appalling” and “discoloring our bipartisanship in terms of our support for Israel, which has always been bipartisan, and we always want it to be.”

Some of the pearl-clutching is based on the memo Pompeo himself sent out to State Department employees just last month, reminding both political appointees and career diplomats that they “may not engage in any partisan political activity in concert with a partisan campaign, political party, or partisan political group, even on personal time and outside of the federal workplace.”

Moreover, US citizens employed by the department and their family members “may not engage in partisan political activity while posted or on [temporary duty] abroad, even on personal time,” the memo said.

Citing a source close to Pompeo, McClatchy reported on Sunday that four teams of lawyers – including those from the State Department, the White House and the RNC – have worked on the secretary’s appearance and even vetted the contents of the speech itself to “make sure it is completely lawful and appropriate.”

Home » Pompeo Under Investigation After Speaking At Republican Convention From Israel