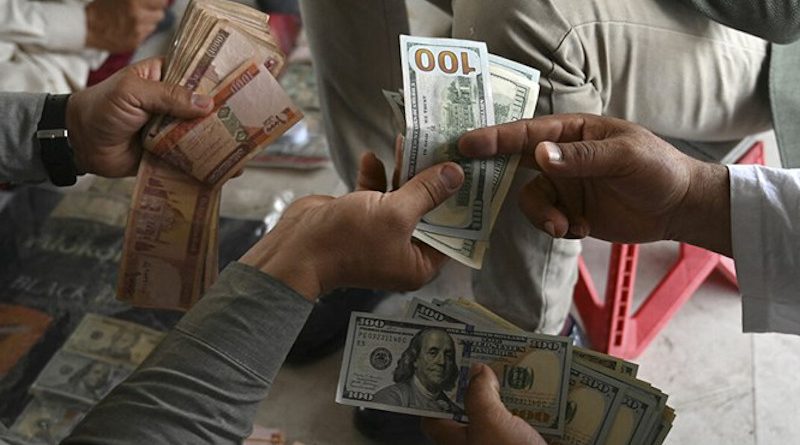 The militants ordered banks to open on Wednesday for the first time since they seized control of Kabul 10 days ago, but the country has run out of cash because flights that bring in pallets of banknotes have been halted.

The US has frozen nearly $9.5 billion in assets belonging to the Afghan central bank, the International Monetary Fund has blocked access to $450 million in emergency reserves, and flights bringing in humanitarian aid and essential medical supplies have been grounded.

David Beasley, executive director of the UN World Food Programme, said about 14 million people in Afghanistan were threatened with starvation.

“There’s a perfect storm coming because of several years of drought, conflict, and economic deterioration, compounded by COVID-19,” he said.

Meanwhile Western nations on Wednesday continued the drive to evacuate people from Afghanistan as the Aug. 31 deadline for the withdrawal of foreign troops drew closer, amid fears that many could be left behind to an uncertain fate.

The US and its allies have evacuated more than 70,000 people, including their citizens, NATO personnel and Afghans at risk. Tens of thousands of Afghans fearing persecution have thronged Kabul’s airport since the Taliban takeover.

Many people milled about outside the airport on Wednesday as soldiers from the US and Britain attempted to maintain order.

Those trying to flee carried bags stuffed with possessions and waved documents at soldiers in the hope of gaining entry. One man, standing knee-deep in a flooded ditch, passed a child to a man above.

Another man, Aizaz Ullah, said: “I learned from an email from London that the Americans are taking people out, that’s why I’ve come so I can go abroad.”

British Foreign Secretary Dominic Raab said the deadline for evacuating people was up to the last minute of the month. France said it would push on with evacuations as long as possible but they were likely to end soon.

Chancellor Angela Merkel said: “The end of the air bridge in a few days must not mean the end of efforts to protect Afghan helpers and help those Afghans who have been left in a bigger emergency with the takeover of the Taliban.”