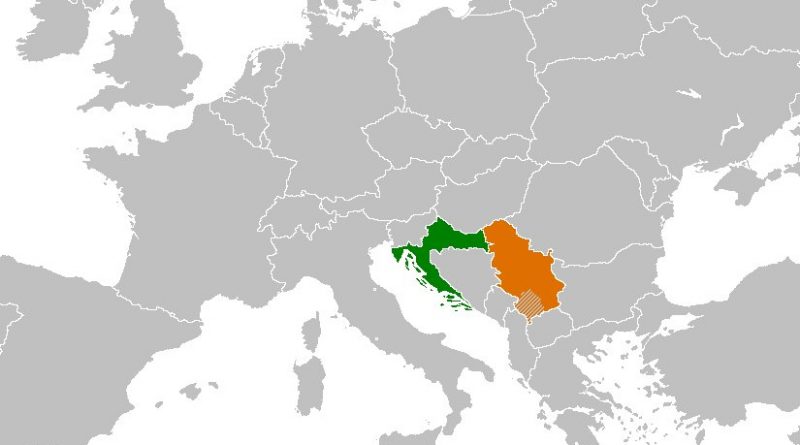 The Croatian interior ministry announced on Friday that the Bajakovo and Tovarnik border crossings with Serbia had been reopened to freight and passenger traffic.

“All cars, regardless of license plates, can enter the Republic of Croatia, as well as trucks,” said interior minister Ranko Ostojic.

He explained the move by saying that “the pressure of the refugees from Serbia has been reduced”.

Serbian interior minister Nebojsa Stefanovic responded by describing the move as “a great victory for all the citizens of Serbia”.

The announcement came not long after EU Enlargement Commisionner Johannes Hahn met Serbian officials in Belgrade and urged both countries to end their border dispute and reopen border crossings immediately.

The two countries blocked their borders in a row over the huge influx of refugee, causing a massive build-up of trucks at the crossing.

Croatia believes that Serbia has reached a secret deal with Hungary over refugees and is deliberately sending them towards Croatia after Hungary sealed its borders in mid-September.

Serbia says it cannot influence refugee routes and blames Croatia for starting a trade dispute between the two countries by blocking freight and some passengers transport from Serbia.

Commissioner Hahn said in Belgrade that he was worried about the situation and that the only solution was to reopen the borders.

“The border has to be open and there is nothing much to be negotiated,” Hahn said.

He also called some of the measures that Croatia has introduced discriminatory.

Hahn noted that Croatia had closed the borders only for vehicles with Serbian license plates and that Croatia should change that decision.

Zoran Milanovic, the Croatian Prime Minister, blamed Serbia for the situation with the refugees, saying that Serbian officials had rejected his proposal to let them take buses towards Hungary, not only Croatia.

“What could be their motives in denying that kind of offer? If you do not want to do that, you have your own motives because you have a deal with somebody else,” Croatia’s daily Jutarnji list quoted Milanovic as saying.

The daily also reported that around 5,000 refugees entered Croatia from Serbia in the night between Thursday and Friday.

“All we want is for the border to be open,” Vucic told a press conference.

The Serbian Prime Minister and Commissioner Hahn also discussed the ways in which Serbia was trying to deal with the large influx.

Hahn said the EU was grateful to Serbia for all it had done with the refugees, promising that the EU would provide financial and political support.

“You are not alone, you are Europeans, and we should work together. We do not need to establish new borders,” he added.

Hahn also said Serbia would receive 10 million euros as compensation for the costs it had faced in the refugee crisis.

Vucic said on September 22 around 170,000 refugees has passed through Serbia this year while trying to reach EU countries.

He also said Hahn “encouraged” Serbia to open the first chapters in its EU accession process, adding that Serbia “deserved” to open them by the end of the year.