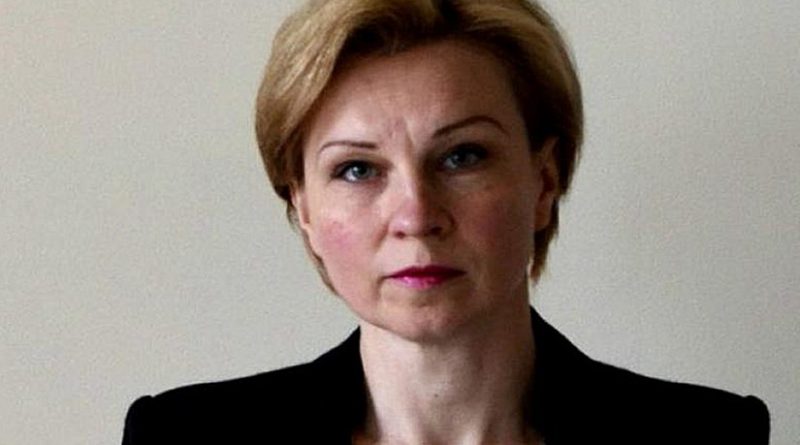 While Ukraine and the EU are looking for a solution to the conflict created by Russia, the Kremlin does not shun any means to legitimize the annexation of the Crimean peninsula, a part of the sovereign Ukrainian state, as well as its concealed aggression in the Donbas.

A guiding line of the Kremlin’s policy is reference to “historical facts” and a “common past” in order to justify the “exclusive rights” of Russia to define destiny of the Ukrainians.  Remarkably, similar voices are also heard within the EU (Are sanctions the best way to help Ukraine? by Adriel Kasonta).

A new trend of the Kremlin’s provocative policy has become organising tours of occupied Crimea for Western politicians.

This recalls tactics used by Stalin’s regime during the Holodomor years in Ukraine, in 1932-1933. After show visits to Ukraine, a number of Western journalist and politicians, including Édouard Herriot, reported about the successes of Bolshevik collectivization, and wide public support of this policy, calling Ukraine “a garden in full bloom” when thousands of Ukrainian peasants were dying on the doorsteps of warehouses filled with grain, to be sold on the world market.

When the Crimean issue is on agenda, it’s also worth pointing out that in its report of 21 April 2014, the Council on the Development of Civil Society and Human Rights under the Russian President (!) stated that while voter turnout was between 30 and 50 percent during the infamous Crimean “referendum”, only 50-60% of this number voted to join the Russian Federation. This assessment clearly reflects on Kremlin claims about the “free expression of the will of the Crimean citizens” and about Ukrainians who want “reunification” with Russia.

Moreover, in the documentary Crimea: Journey to the Motherland (also translated as Crimea: The Way Home), the Russian President confessed that the annexation was planned long ago, and performed in a well-organized manner.

Those calling us to reconsider the EU’s current policy towards Russia seem to be another déjà vu. In the spring of 1939, French newspaper L’Œuvre published an article about the then popular politician Marcel Deat under the title “Why Die for Danzig?”. He argued that it was not in interests of France to support Poland, and that annexation of one Polish city would stop Hitler’s expansionism. We all remember the consequences.

When the sanctions regime appeared to cost almost nothing to EU trade volume – the European Commission reports that EU compensated the losses in Russian export by increasing exports to other main destinations – together with Ukrainian resistance, it forced Russia to change its approach towards Ukraine. Having thousands killed and wounded, about 1,5 million of internally displaced persons and 20% of its production capacity totally destroyed as consequences of Russian aggression, only today has Ukraine started regaining cautious optimism that the comprehensive cease-fire could be anchored in the Donbas, which is badly needed for further stabilization, and the recovery of the area.

So far, an approach comprised of EU unity and strong solidarity with Ukraine, as well as resistance and reforms implementation, has proved to be the most efficient way to stop Russian military advances, to return stability to Europe, as well to give hope to the Russian population trapped in the Kremlin’s system of injustice.

Being a victim of Kremlin’s aggressive policy, Ukraine is highly interested in seeing Russia become a democratic and modern state. The restoration of Ukraine’s sovereignty over the Crimea and Donbas would be a litmus test for a desire of the Kremlin to return to the framework of international law,a basic principle that has been so blatantly violated. Only thereafter, it would be a proper time to talk about meaningful dialogue with Russia, as well as about lifting sanctions.

Will we see this to happen soon? A correct answer depends on how good lessons of the past and present have been learned, and how persistent we are in defending our values and beliefs.

Source: EurActiv: Opinions expressed are the author’s own.

Home » Is It Time For Europe To Excuse Russia’s Aggression? – OpEd