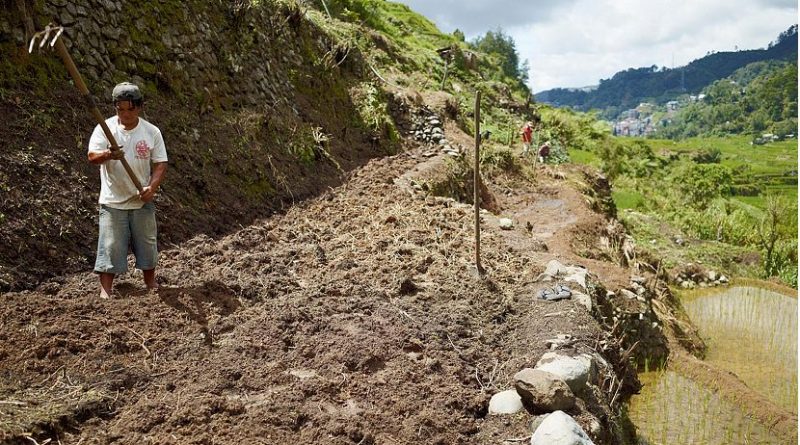 Internationally subsidised agricultural insurance is intended to protect farmers in developing countries from the effects of climate change. However, it can also lead to undesirable ecological and social side effects, as UFZ researchers and their US colleagues at the University of Oregon have explained in a review article in the latest issue of Global Environmental Change.

The article also contains recommendations for improved insurance schemes which in future should also take account of ecological and social aspects in addition to economic issues.

The effects of climate change are felt particularly acutely in developing countries. A range of international initiatives develop and promote risk insurance. One example is the G7 climate risk insurance initiative InsuResilience, which aims to insure 400 million people in developing countries against climate-related risks by 2020. The initiative includes “agricultural insurance”, which is designed to insure farmers against major losses, for example as a result of extreme drought.

“Agricultural insurance can be a secure and extremely helpful tool for farmers in affected areas,” according to Dr Birgit Müller, socio-ecological modeller at UFZ. “However, in their current format, the insurance policies are not always well thought out. They can bring about unwanted environmental and social side effects, and so do little to help farmers adjust to long-term changes in environmental conditions.”

For the current review article, Birgit Müller worked with Professor Leigh Johnson, geographer at the University of Oregon, and her UFZ colleague David Kreuer to collect empirical and model studies from around the world to provide a comprehensive overview of the potential impact of agricultural insurance.

“Previous studies have concentrated primarily on economic aspects. Little attention has been devoted to the socio-ecological system as a whole,” said Müller. “But one thing is becoming clear: agricultural insurance can have a range of unwanted side effects, for example changes to farmers’ land use strategies.”

Small-scale farmers in developing countries traditionally grow a wide range of crops in their fields to ensure that at least one crop can survive a potential drought. However, farmers are frequently reverting to monocultures because the agricultural insurance is often linked to specific crops and does not take effect if farmers cultivate a different crop. And this has far-reaching ecological consequences: a decline in agricultural biodiversity, deterioration in soil quality, increased use of fertilisers and pesticides, which in turn increases the risk of water pollution.

However, even if agricultural insurance is not linked to specific crops, farmers with insurance cover may be inclined to grow riskier crops which promise high yields but also bring greater losses in an emergency. Because the farmers have insurance, it is not absolutely necessary to adopt a sensible cultivation strategy.

Apart from ecological effects, the scientists also reveal some potential social side effects of agricultural insurance, such as the weakening of networks of small farmers in developing countries. As a general rule, farmers help each other in the wake of major crop failures. Agricultural insurance can lead to an insured farmer no longer helping another farmer who could have taken out insurance.

“Agricultural insurance and the resulting changes in land use strategies can cause this kind of unintended ecological and social feedback, which can in turn lead to further problems and costs,” warned Leigh Johnson. “In the long term, this could have a far-reaching impact on individual farms.”

In their review, the researchers therefore put forward proposals on how to improve the design of agricultural insurance in future. For example, the insurance policies should take effect only in emergencies such as extreme droughts; farmers would deal with medium droughts using their own risk management measures.

“Lessons have already been learned in the USA in terms of agricultural insurance, where the insurance premium is only subsidised by the state if a minimum quantity of cultivated crops is maintained and management has not been extended to ecologically valuable marginal areas,” explained Müller. “We hope that our review will contribute to the development of cohesive insurance schemes which take account of environmental and social aspects – it is important that development funds are channelled into well thought-out concepts that are effective and economic in the long term.”