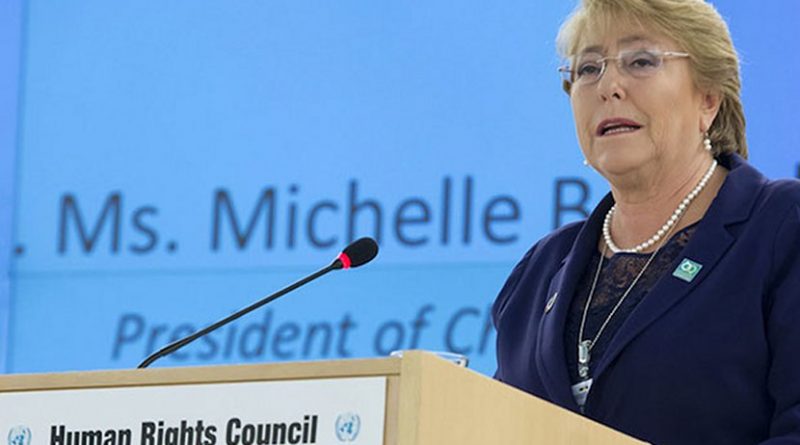 In the fast-growing digital age, hate speech can represent “a critical obstacle for LGBTI people” using online platforms, the UN’s top rights official told participants at a high-level segment on the matter on Tuesday.

The high-level discussion at the 74th Session of the UN General Assembly, aimed to address how different stakeholders can contribute to ending hate speech against LGBTI people on social media platforms and in traditional media, as well as ensure support for victims, when hateful words turn to violence.

The meeting stirred conversation around the right to free speech versus the license to hate, for which Ms.Bachelet offered an objective definition:

“Hate speech is any kind of communication, in speech, writing or behavior, that attacks or uses pejorative or discriminatory language, with reference to a person or a group on the basis of who they are”, she said, quoting the UN’s framework and plan of action for stamping out hate speech, introduced in June of this year.

In the UN Strategy and Plan of Action, the Secretary-General declares that “around the world, we are seeing a disturbing groundswell of xenophobia, racism and intolerance…public discourse is being weaponized for political gain”.

Echoing the UN chief, “homophobic, biphobic or transphobic speech around the world has been used by public officials,” Ms. Bachelet lamented, and studies are demonstrating “the devastating effects” of online hate when it comes to the LGBTI community.

Despite the stark statistics, Tuesday’s discussion constitutes one of several “promising signs” for the future, as more communities begin to recognize LGBTI rights issues “as human rights issues”, she encouraged.