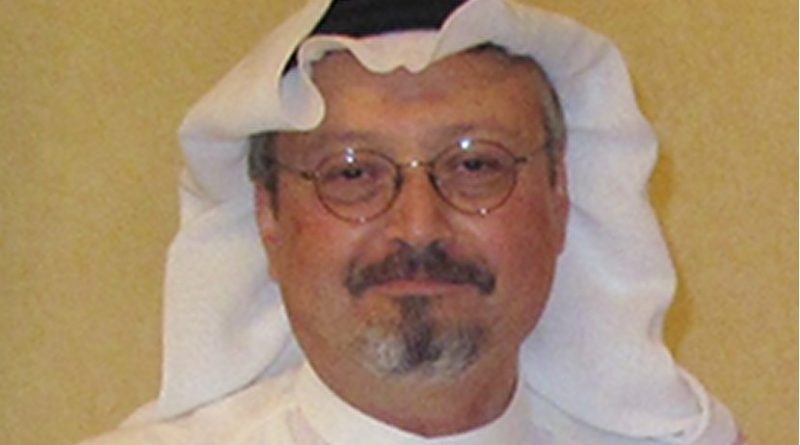 (RFE/RL) — Saudi Arabia’s public prosecutor has said the killing of journalist Jamal Khashoggi in the kingdom’s consulate in Istanbul was premeditated, reversing previous official statements that his death was unintended.

Khashoggi, 59, a U.S. resident and Washington Post columnist, was critical of the Saudi rulers. He disappeared after walking into the consulate on October 2 to obtain marriage documents.

“Information has come from the Turkish side indicating that the suspects in the Khashoggi case embarked on their act with a premeditated intention,” the prosecutor Saudi bin Abdullah said in a statement carried by the Saudi news agency SPA on October 25.

The Saudi change of tack came after CIA director Gina Haspel reportedly heard an alleged audio recording of the killing during a fact-finding visit to Turkey this week. Haspel was due to brief President Donald Trump about Khashoggi on October 25.

It also came after Saudi Arabia’s Crown Prince Muhammad bin Salman on October 24 called the murder “repulsive” and vowed that justice will prevail, in his first public comments on a case that has provoked an international outcry.

The prince himself has faced international criticism, with many officials charging he must have known about Khashoggi’s killing, allegedly by Saudi security agents, and some saying he may have ordered his death.

In a separate development, Human Rights Watch said Khashoggi’s son, Salah, and his family have left Saudi Arabia after the government lifted a travel ban.

“Salah and his family are on a plane to (Washington) DC now,” Sarah Leah Whitson, HRW’s executive director for the Middle East and North Africa, told the media.