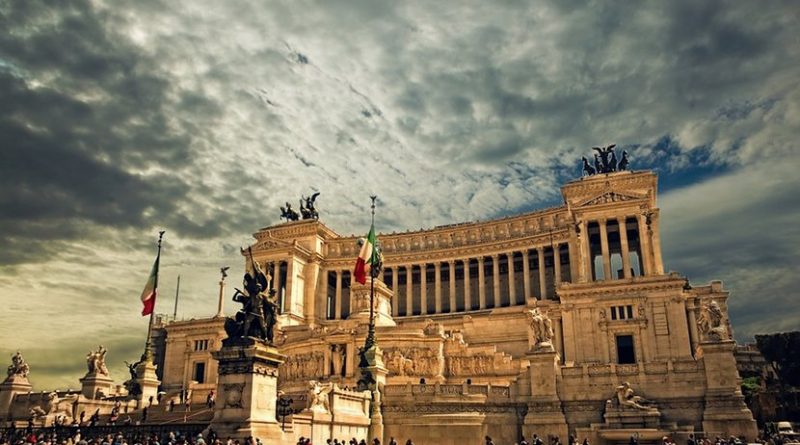 We all know bold promises and fantastical rhetoric make good political banter, but as Italy’s newly initiated populist government coalition is learning: they’re useful for very little else. Widespread discontent with the former ruling Democratic Party’s domestic policies may have been the catalyst that sprung the Five Star Movement (M5S) and the League into power, but now, lacking any institutional villain, the populist coalition is struggling to deliver on the bold promises that won them elected office.

Both populist giants swept into Rome, winning a combined 50% of the total vote; the Five Star Movement alone took a total of 349 seats in Parliament. The parties campaigned on reforming the tax system into separate flat tax brackets at 15% and 20%, reforming the pension system, enacting mass deportations of illegal migrants, reaching out to Russia, and establishing a guaranteed basic income for those living under the poverty line.

The tax reforms will cost Italy 50 billion euros and the guaranteed income program 17 billion, not to mention the government was already running an alarmingly high deficit before the power transition. The country currently has a larger national debt than its own GDP. Standing barely behind Greece in terms of a debt crisis, the new government is even proposing a sweeping rollback of austerity on top of its spending increases.

It’s no surprise that when the government’s budget reveal showed that the deficit would stay at 2.4%, violating the EU rules on fiscal responsibility, the market’s weren’t receptive. The euro dropped, stocks plunged, and yields on government debt spiked.

“We have to do everything to avoid a new Greece — this time an Italy — crisis,” was European Commission’s president Jean-Claude Juncker’s bleak assessment of the budget.

But Brussels wasn’t the only one who had issues with the budget. While Economic Development Minister and leader of the Five Star Movement Luigi Di Maio has no issue with increasing the national debt to pay for the coalition’s promised initiatives, finance minister Giovanni Tria does. Di Maio has even accused his political opponents of changing the budget plan to accommodate fiscal purists behind his back, taking his attacks to national television.

Prime Minister Giuseppe Conte has been trying to moderate between the two competing economic philosophies in the cabinet, but recent reports have surfaced suggesting that unless a compromise is reached, Conte is threatening to resign.

Meanwhile, Salvini has attempted to separate himself from the infighting. When asked if he’d show up for a cabinet meeting on the conflict, he told reporters, “I’m away and on Saturday I have [another scheduled meeting] plus I’m seeing my kids and there’s a football match.” Conte took the comment as a slant and hit back: “I don’t know if Salvini plans to be there but I’m the prime minister, the one who decides,” he said during a press conference in Brussels.

Money problems are nothing new to the Italians, as they’ve been running a budget deficit for over 20 years, peaking in the 2008 financial crisis. But in the absence of a relatively moderate government in control in Rome, the looming struggle sets itself apart from past budget fights in that the European Union might have to step in or risk another Greece. The contradictions between the coalition’s domestic spending increases and revenue slashes threaten to exacerbate an already pressing fiscal crisis, maybe even taking many European creditors down the drain with them. But some analysts say in terms of budget negotiations, Rome still has some leeway.

“I think it is important that the European Union gives them some leeway and allows them to have some kind of deficit,” Bryn Jones, head of fixed income at Rathbones, told CNBC during an interview.

“I think the Italians are actually in a very strong negotiation position. If they (the EU) don’t want to jettison Italy from Europe, the whole project dies. They have to be quite sensible,” Jones said.

This isn’t the first time the EU has clashed with Italy’s new governing body, and probably won’t be the last. But nonetheless, it threatens the stability of an economic system that European diplomats have desperately tried to preserve. Either Italy will get its spending increases and break their past pledge to pursue fiscal responsibility, or bow to Brussel’s pressures and backtrack on domestic programs that got them elected. Either way, the markets should buckle up, because the show hasn’t even reached intermission.