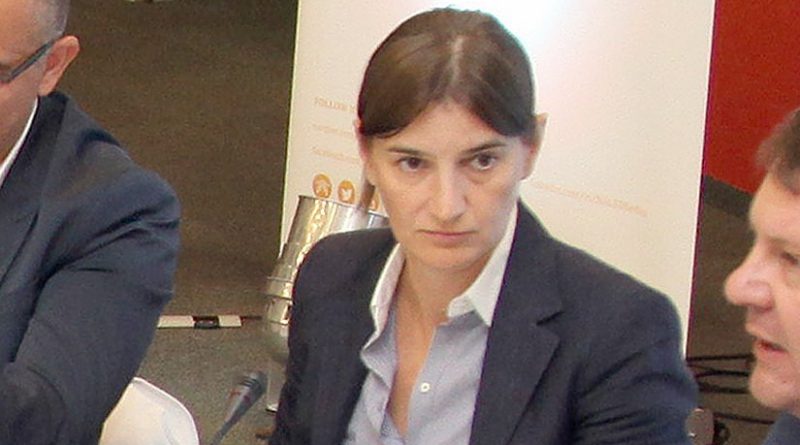 Defying EU warnings that such deals are not compatible with EU membership, Serbian Prime Minister on Friday signed a free trade deal between Belgrade and the Russian-led economic bloc.

Serbian Prime Minister Ana Brnabic on Friday signed a free trade deal with the Russian-led Eurasian Economic Union, EAEU, in Moscow, after the EU warned that it will closely monitor such relations, as Serbia is a candidate for joining the European Union.

Beside Brnabic, the deal was signed by the Prime Ministers of Russia, Belarus, Kazakhstan, Kyrgyzstan and Armenia.

Brnabic insisted that the deal was not problematic regarding Serbia’s EU integration process. “This is no way contrary to our [pro] European politics; I think this is complementary to our European politics and our EU path. Because it is in the EU’s interest to have an economically stronger … Serbia … and a free trade agreement with the EAEU will provide us those chances,” Brnabic said after the singing ceremony.

Brnabic went to Moscow with Trade Minister Rasim Ljajic who earlier told the Serbian media in September that it was not a political deal but just a trading agreement, like those Serbia had signed with Turkey and CEFTA – the Central European Free Trade Agreement.

In his words, as the Euro-Asian economic union had functioned as a unique whole from January 2015, all Serbian existing agreements need to be unified.

“On May 31, 2016, the High Eurasian Economic Council decided to open negotiations with Serbia on entering a new unified free trade agreement that would apply to all five EAEU member states,” he said.

“This means that the agreements we have had with Russia, Belarus and Kazakhstan so far have to be replaced by a new, more modern agreement, now signed by Serbia with the entire EAEU, which includes Armenia and Kyrgyzstan in addition to these three countries,” Ljajic added.

“Simply put, if Serbia declined unification of this agreement, we would be left without the agreements we already have with Russia, Belarus and Kazakhstan,” he continued.

“We should bear in mind that around 83 percent of our total foreign trade exchange with the EAEU countries is with the Russian Federation, which is why having this unified agreement is so significant for us,” he went on.

However, Serbia’s relationship with Russia is also an issue for the European Union, as the EU imposed sanctions on Russia on 2014, which Serbia, despite being a candidate country, did not follow.

Serbia and Russia are also strengthening military cooperation. EU officials pointed out last month that while Serbia can have free trade agreements like the one with the EAEU, they must be cancelled once Serbia becomes an EU member.

David McAllister, an EU parliamentarian and former European Parliament Rapporteur for Serbia, said the new agreement needs to have “an exit clause that will guarantee that Serbia can cancel the agreement by the time of approaching the EU”.

“Serbia needs to secure the compatibility of all of her trade agreements, investing and economic cooperation and other relevant agreements with the EU legal acquis,” McAllister told Radio Europe Liberty, RSE.

EU spokesperson Maja Kocijancic told the portal Euraktiv that the European Commission was closely following talks about a trade deal between Serbia and EAEU, and expects Belgrade to align itself with EU policy.

“Serbia is expected to progressively align with the EU Common Foreign and Security Policy. We follow the situation closely and discuss these issues in our regular political and trade dialogues with the Serbian authorities,” Kocijancic said.

Serbian trade minister Ljajic also said that the agreement will cease to be valid when Serbia becomes an EU member state.