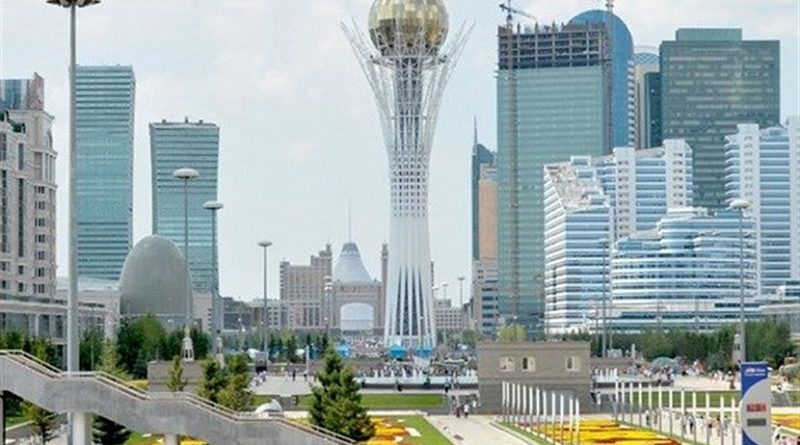 As the world comes to terms with the coronavirus effect, I’ve been sitting at home, juggling my time between conducting online classes and remotely managing my work. Finding time to write is not the easiest thing to do, but I have finally managed to put together some of the key experiences from my trip to Kazakhstan.

“Trip to Kazakhstan” is probably an incorrect phrase to use here. Trips tend to last days and weeks, or months at best. I was in Kazakhstan for almost an entire year — definitely not a tourist. Well, whatever way we put it, visiting Kazakhstan was a shocker.

Spending a Year in Kazakhstan…

Let’s talk about the basics. You’re heading to a formerly-Soviet country, technically landlocked, vast in area but sparse in population. What can you expect? Just another of those -stan states? The Wild Wild West of Asia? What else can there be?

The very minute you exit the airport area and enter city limits, you’d be shocked at how underrated Kazakhstan is! Internet articles and travelogues do not do justice to the marvels that this country has to offer. Nope, ain’t talkin ’bout the tourist attractions, mountains, valleys, and all of that.

I’m talking about the actual daily life in Kazakhstan.

Few people speak English here. The lingua franca is still Russian, and the next rising language is Kazakh. Sure, there are English schools, the kids are learning it well, but there are still a couple of decades to go before things change. In fact, Kazakh is rising in momentum with each passing day, but as of now, Russian dominates everyday life in Kazakhstan.

But I’m not complaining. I had what people call a “soft landing” in Kazakhstan. Working out of the Expo Area in Nur-Sultan, English was spoken by almost everyone around me. Teaching at Universities, I had access to English-speaking folks almost all throughout the day. The only problems I ever faced were when heading to the doctor’s, or to the barber’s, or in the taxis.

But for an expat unlike me, say, someone working in a generic role and possibly not associated with academics… Well, after a few days in Kazakhstan, Google Translate definitely becomes the most used app on your phone.

Kazakhstan, truthfully speaking, is a bigger enigma than you’d imagine. Spanning an area of roughly 2,724,900 sq km, it has a population of an estimated 18,711,200 people (numbers from Wikipedia). That’s a population density of 7 per sq km! Such a sparse population density is a new experience, regardless of which part of Asia you’re from.

Some of my, dare I say, astute observations, in no specific order:

A Tale of Two Cities

The two major cities are  Nur-Sultan (I’ve written about it here) and Almaty (wrote about this one as well, here).

Ask any Kazakh which one they prefer, and three times out of four you’d get the answer “Almaty”. The reasons tend to vary — it is (a) greener, (b) more beautiful, (c) people are friendlier, (d) weather is better (read: a few degrees less cold), and so on.

But the truth probably lies elsewhere — see, Nur-Sultan was built up from scratch, with the intention of being established as the capital city. Almaty, on the other hand, came up as a natural settlement, not intentionally artificial. It is always easier to find a heart-connect with a city that has a historical soul, as compared to a city that means business.

Personally, and I might be riding the less popular wagon here, I prefer Nur-Sultan. Less crowded, more organized, and you get to brag “I live in minus 40 degrees Celsius, no joke!”

What’s in a Name?

The nomenclature of Kazakh people is another aspect that can be a welcome surprise for foreigners here.

You see, Kazakh names are beautiful.

Beautiful to hear, and even more beautiful in terms of meaning.

Got a Ride Home?

The taxi system in Kazakhstan deserves to be discussed at length. There used to be Uber here (or at least this is what I heard), but it has now been encompassed within Yandex Taxi, the region-wide leading vehicle-for-hire app. Then there’s Bolt, a new startup in this league that has gained immense popularity, especially among the younger folks.

Nevermind all that. Applications come and go. The noteworthy part is, Kazakhstan does not have an official taxi system in effect!

In most countries, one needs to register a commercial number for the vehicle and acquire a “commercial” driving license in order to drive a taxi in the city. In Kazakhstan though, you can simply install the taxi app (Yandex Taxi, Bolt, whatever), and voila! You’re taking passengers downtown!

It is not uncommon to see folks working part-time as taxi drivers for such apps — drop the kids at school, switch the taxi app on, make some extra bucks, and then carry on with your day job. In the evening, why not switch the app on again, and take a few riders along as you head home? Lunch break too big? Go ahead, drive the taxi for that spare hour you got. This “part-time taxi driver” gig would be absolutely impossible in most places, but not in KZ.

It’s outright wonderful how smoothly this system works in Kazakhstan. Imagine a similar scenario in, say, India or elsewhere in Asia. You’d have innumerable instances of crime within an hour, conducted by unregistered drivers posing as taxi guys.

In Kazakhstan? It feels safer than my own house.

Read more of my travelogues here.

Home » A Year In Kazakhstan: Some Observations – OpEd