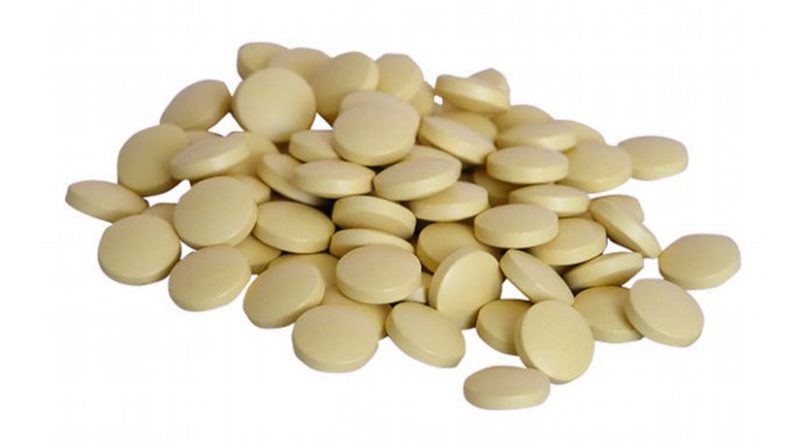 Patented pharmaceuticals diffuse across international borders slowly, and sometimes not at all. This column analyses the effect of patent protection and price regulation on the speed of and extent to which drugs enter new markets. There is a fundamental tradeoff between affordability – taking the form of low patent protection and strong price regulation – and rate of entry into a national market.

Lovastatin, a first-in-class blockbuster cholesterol drug, became commercially available in Egypt in 1999 – 12 years after it was first approved for sale by the US Food and Drug Administration. This is unexceptional. Based on analysis of product launch announcements in different countries for a large sample of new drugs, we show that global diffusion is limited and surprisingly slow.  Long launch lags are common, and nearly 40% of these drugs became commercially available in only 10 or fewer of the countries studied.  Limited diffusion of these innovations translates into foregone health benefits for large numbers of people, and is particularly frustrating because the R&D cost of discovering and developing these new drugs has already been sunk.

Understanding how government policies affect drug launch delays is critical. Two of the most widely used policy tools to promote access to benefits from innovation in pharmaceuticals are patents and price regulation.  Yet there is relatively little large-sample research on how these choices affect drug launch delays, particularly outside of developed countries (Kyle 2007, Danzon et al. 2005).

In a recent working paper we look at the impact of both patent policy and price regulation on the diffusion of a large sample of new drugs in countries at all stages of economic development (Cockburn et al. 2014).

Much of the debate around patents and ‘global access’ to new medicines has focused on a familiar tradeoff between dynamic gains from stronger incentives to develop new technology provided by patents and the static welfare loss created by the resulting higher prices.  As many poorer countries have been required to provide ‘longer and stronger’ patent protection for pharmaceutical products under the 1994 TRIPS Agreement, discussion of patent policy has largely been focused on the negative impact of higher prices and the potential for large numbers of patients to be priced out of the market in countries with limited private health insurance and poorly funded public health systems (Chaudhuri et al. 2006).  On the innovation side, attention has focused on patents versus other mechanisms to provide incentives to develop new drugs for the so-called neglected diseases (Kremer 1999).

But this discussion overlooks a critical aspect of ‘access’ – whether or not a drug, once discovered, is available for use.  For a country to realise the health benefits of new drugs, they must be available for use.  To the extent that a country relies on commercial channels to supply and distribute drugs, policy choices around patents and price regulation can play a significant role in determining the incentives to launch new products, because they affect manufacturers’ assessments of anticipated profits from selling in a national market relative to the costs of entering it. These include costs of obtaining regulatory approval, setting up local distribution and marketing networks, and educating healthcare providers.  Most of these fixed costs of entry must be incurred in every country in which a drug is launched, deterring entry if prices are too close to marginal cost.  By providing a limited period of market exclusivity in a country, patents are one way to solve this problem.  All else equal, greater availability of patent protection in a country can be expected to raise anticipated profits relative to fixed costs of entry and result in more drug launches.  At the same time, stronger price regulation – by lowering anticipated profits – can be expected to have the opposite effect.

The impact of these policy choices is visible in data on the timing of drug launches.  Figure 1 shows the distribution of launch lags in 76 countries for a sample of 642 new drugs that were first launched anywhere in the world between 1983 and 2002.  (‘Launch lag’ is the time elapsed between first world-wide launch and the date the drug is reported as being commercially available in a country.  Because launch lags can be very long, and some drugs might have launched in some countries after 2002, we adjust for ‘right-censoring’.)

Figure 2 plots diffusion by the duration of the patent protection provided to new drugs.  Patent duration varied substantially across these countries (and over time within countries), ranging from 20 years to 10 years or less. In some countries patent protection for pharmaceutical products was not available at all.  Because the patent clock starts running worldwide early in the development process, and it can take 10 years or more before a drug reaches the market, effective patent life is much shorter, and patent terms shorter than 10 or 12 years give essentially no protection.  (The term of protection is just one dimension of patent policy, and other aspects such as standards for patentability and availability of compulsory licensing can also be important.)  As the chart shows, there are very large differences in the pace and extent of diffusion under different patent regimes, with 46% of drugs launched within 10 years where the duration of patent protection is ‘long’ (17 years or more) compared to 34% where patent protection is ‘medium’ or ‘short’.

Figure 3 gives the breakdown for ‘strong’ versus ‘weak/no’ price regulation.  (The details of price regulation regimes are very complex.)  Again, we find a very large impact on diffusion, with 44% of drugs launched within 10 years in countries that make little effort to limit prices, compared to 37% for countries that regulate prices more intensively.

Obviously, this univariate analysis has limitations in that a range of factors can be expected to affect launch decisions.  We therefore estimated a multivariate econometric (hazard) model which estimates the effect of patent policy, price regulation, and other policy choices on launch timing, controlling for factors such as per capita income, health expenditures, market size and demographics, plus FDA approval status as a proxy for drug ‘quality’.  The estimated effects confirm the pattern seen in the univariate analysis.  For example, controlling for these factors, moving from a regime of no product patents to a long product patent term increases the per-period probability of launch by about 23%, resulting in 37% shorter launch lags.  Equally large effects are found for price regulation.  We estimate that introducing price regulation decreases the per-period hazard of launch by about 15% – equivalent to increasing launch lags by about 25%.

In addition to the effects of these policy choices, we also find that new drugs are launched much faster in countries that have health policy institutions that promote availability and distribution of drugs – in particular, adopting the Essential Drug List of the World Health Organization and having a National Formulary.  Unsurprisingly, FDA-approved drugs are launched much faster and more widely than others. We also find large and significant effects of market characteristics on launch lags, seeing faster diffusion in larger and richer countries and countries with higher levels of health expenditure, a less equal distribution of income, and relatively older populations.

Table 1 summarises the estimated magnitude of the effects of policy choices on launch lags, measured as the median of predicted times for 25% of drugs to be launched in a country implied by the (instrumented) regression coefficients. Product patents emerge as much more effective than process patents (69% reduction in launch lags compared to 29%), and price regulation has a very large impact, more than doubling launch lags. The same pattern of results holds for the subset of FDA-approved drugs, and for low-, middle-, and high-income countries. In low-income countries, lags are depressingly high in the benchmark case, at almost nine years. A policy regime directed solely at lowering prices on drugs that have been already been launched (with no patents, and strong price controls) would increase launch lags substantially, to over three times longer than in a `pro-innovator’ regime with no price controls and long product patents.

Policy choices on patent rights and price regulations have a major impact on the incentive to launch new drugs, and thus on the pace and extent to which benefits of pharmaceutical innovation become available around the world.  Of course, the same policies that promote faster launch – strong patent rights and no price regulation – are also those that raise prices.  The major challenge is finding ways to mitigate the adverse effects of the tradeoff between making new drug therapies available, and making them affordable.

About the authors:
Iain M. Cockburn
Professor of Finance and Economics and Richard C. Shipley Professor in Management, School of Management, Boston University

Home » Patents And The Global Diffusion Of New Drugs – Analysis