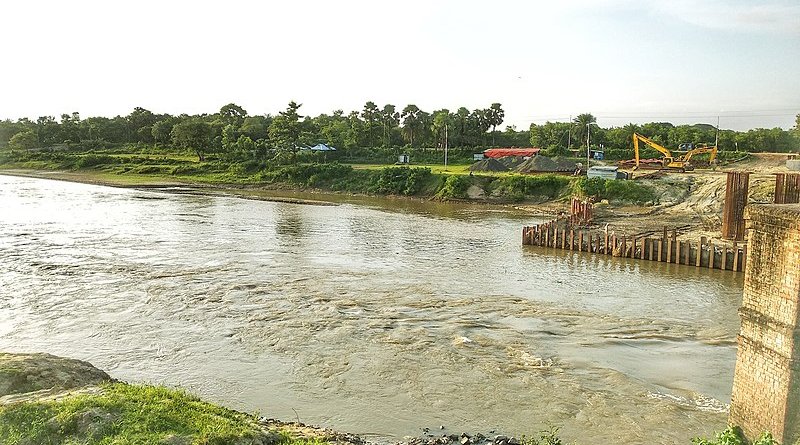 On October 5, 2019, the Prime Minister of Bangladesh, Sheikh Hasina, visited India to engage with India’s Prime Minister, Narendra Modi, on a range of topics, including boosting land, water and air connectivity. The Joint Statement issued post their meeting underlines the need a framework for exchanging updated data on six transboundary rivers that originate in India’s Tripura state—i.e. Manu, Muhuri, Khowai, Gumti, Dharla and Dudhkum—and to finalize an interim draft of a water sharing agreement on the Feni River.

This is an important development, because it is suggest that discussions have expanded beyond those on the Teesta and Ganges rivers, to include other rivers as well, albeit details of potential frameworks of cooperation on the other rivers have not yet been made public.

In this regard, translating New Delhi and Dhaka’s inclinations to take on a basin-wide management approach into a practical framework that enables both sustainability and profitability will require a paradigm shift from the prevailing approach to river water management. For India, the current state-of-affairs of the utilisation and management of Tripura’s rivers is a useful point of reference to explore ways to translate New Delhi’s objective of basin-wide management—articulated in its National Water Policy (2012)—into a comprehensive implementation policy.

A Case Study of Tripura’s Rivers

India’s Tripura state borders Bangladesh (which accounts for 84 per cent of Tripura’s border) and the two are deeply interlinked economically in areas like agricultural markets, fisheries and rubber trade. With the construction of the Maitree Setu bridge on the Feni River linking Sabroom in South Tripura to Ramgarh in Bangladesh which will enhance connectivity to Bangladesh’s Chittagong, the existing economic interdependency is set to increase. This development is not only expected to boost India-Bangladesh trade but is also highly pertinent to India’s ‘Act East Policy’ aimed at wider regional interconnectivity.

At present, the ecological dimension of cooperation on Tripura’s rivers receives lesser priority, given how it is not part of the Inland Water Ways. However, the construction of the Maitree Setu (and any other such projects) will ultimately increase the demand on Feni River and other rivers in the state.

In particular, demand can be expected to increase for irrigation and fishing. The fishing aspect in particular will be significant given how fish comprises the staple diet of approximately 95 per cent of Tripura’s population. At approximately 23.48 kg, Tripura has the highest per capita consumer share of fisheries in India. Thus, to obtain optimal benefits from the river for all stakeholders involved, it is essential that demand on aquatic life be managed within the scope of basin-wide management, by including management of water quality as well as use.

However, at present, liquid waste disposal and poor water management continue to contaminate the aquatic environment and enable the spread of a disease called epizootic ulcerative syndrome (EUS), which accounts for 50-100 per cent loss in fish farming, effectively increasing economic loss due to fish mortality rates and consumers’ health costs.

Additionally, arsenic, which gets channelled through groundwater into Tripura’s rivers in the dry season, is adding to the consumer health costs prism as well. Thus, socio-economic development and water management are two indispensable sides of the same coin of basin-wide management approach.

The costs of unscientific river use is also visible in the biggest, longest, and perhaps the most important of Tripura’s rivers, the Gomti River, along the banks of which about one-sixth of Tripura’s population resides. The use of the river is impacted by growing population, and the consequent increase in water extraction for irrigation purposes—possibly compounded by the Maharani Barrage dam—which considerably reduces the river’s discharge and velocity in the dry season. Thus, a reduced river flow results in higher deposits ofsand and silt, aggravating bar formation due to sedimentation. Bar formation not only affects the fisheries sector but also has a negative impact on inland water transport due to restrictions it brings to navigability.

Indeed, dredging—which is also planned for Inland Water Transit on other transboundary rivers between India and Bangladesh—could help in this regard. However, dredging on such a scale can not only be expensive but could also exacerbate unsustainable outcomes affecting the overall health of the basin, ultimately affecting economic growth and stability. Thus, management of the rivers’ ecological aspects is directly linked to the economic rationale at the fundamental level. In this regard, developing viable and sustainable policies within this framework will require, and benefit greatly from, active cross-sectoral and cross-disciplinary engagement between the state, academia, civil society and industry.

*Joost Fidder is a Research Intern at IPCS.