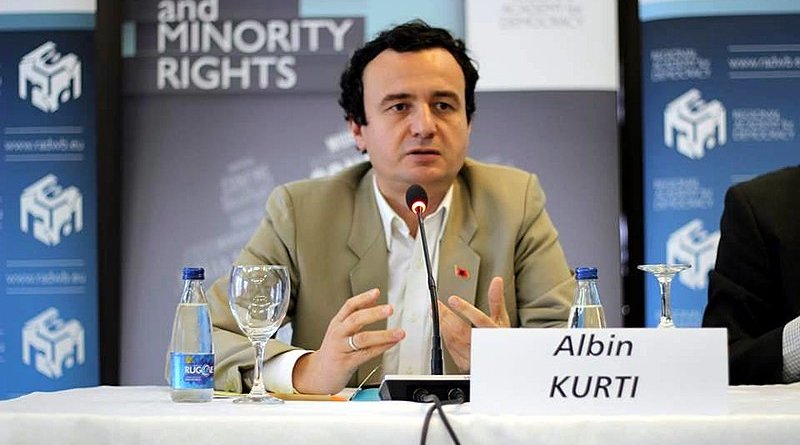 Albin Kurti will seal his bid to become Kosovo’s next Prime Minister at the head of a coalition government once he nails down the support of a couple of MPs representing minority communities.

Albin Kurti looks closer towards becoming the next Prime Minister of Kosovo after he and Isa Mustafa, chairman of the Democratic League of Kosovo, LDK, last Friday confirmed that the two parties had made progress towards forming a coalition government.

“We talked about what we need to agree on for a coalition agreement,” Mustafa said.

The two largest parties in parliament must form some kind of coalition to establish a new government in Kosovo, as neither has an outright majority, although Kurti’s Vetevendosje party leads in terms of votes and members of parliament.

Mustafa told the media that Kurti can rightfully claim to head the new government if he wins the support of three remaining parliamentarians representing non-majority communities that have yet to side with either of the two biggest parties.

Kurti’s latest post on Facebook expressed confidence that the three MPs would support a government under his leadership. “The chairs of the three parties from non-majority communities, the future MPs Rasim Demiri, Fikrim Damka and Albert Kinolli, will vote for our government and for me as prime minister, without any conditions,” he wrote.

“October 6, 2019 is the date the future began,” Kurti added in his Facebook post, referring to the date of the parliamentary elections in which his Vetevendosje party unexpectedly came first.

Kosovo’s Turkish community is believed to number about 20,000, while the Roma minority is estimated to number around 34,000 according to the OSCE.

Once Kurti confirms the support of the minority MPs, experts say, Mustafa will have no choice but to congratulate his rival for the post of PM and further the agreement between the two parties.