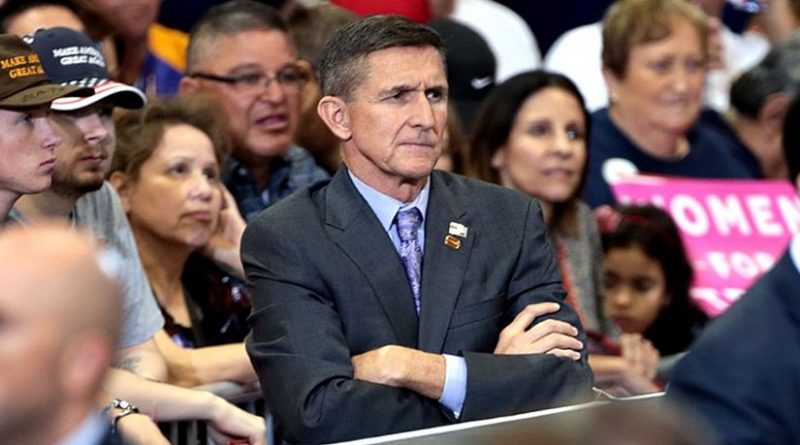 US President Donald Trump has issued a full pardon for his former national security adviser Michael Flynn, who was swept up in a federal probe looking into discredited claims of Trump-Russia “collusion.”

“It is my Great Honor to announce that General Michael T. Flynn has been granted a Full Pardon,” Trump said in a tweet on Wednesday evening.

The move follows reports on Tuesday night that a pardon for Flynn was under discussion at the White House, as well as widespread speculation that the president would end the retired general’s four-year legal battle.

Flynn pleaded guilty in 2017 for misleading the FBI about his conversations with a Russian diplomat following Trump’s 2016 victory, with his case becoming firmly ensconced in the Trump-Russia collusion narrative seized upon by the president’s rivals.

While the DOJ has since ordered Flynn’s case closed – arguing that the FBI had no basis to investigate and effectively snared him in a perjury trap – his legal troubles continued, with US District Judge Emmet Sullivan declining to throw out the charges. A federal appeals court later ruled in the judge’s favor, sending the case back for consideration by Sullivan. Wednesday’s pardon, however, will end those proceedings and expunge the felony conviction from Flynn’s record.

Flynn is the second Trump confidant to be granted legal reprieve, with the president also commuting the sentence of campaign adviser Roger Stone in July after he was slapped with seven felony counts, including witness tampering and lying to investigators working on the federal probe into Trump-Russia collusion. That investigation, led by Special Counsel Robert Mueller, ultimately failed to uncover proof of any conspiracy with Moscow to meddle in the 2016 race, but nonetheless resulted in a series of unrelated charges for several members of the Trump team.

Georgia’s relations with the West have a “financial” history. By Prof. Dr. Tedo Dundua and Dr. Emil Avdaliani* In history