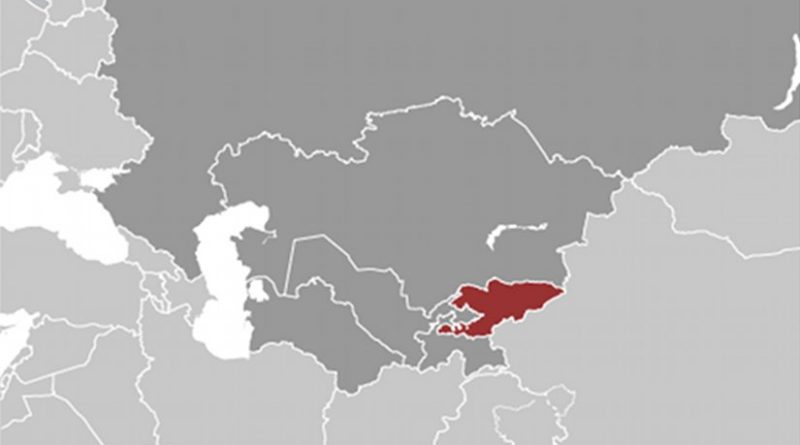 Losing bidders in a recent tender to supply jet fuel to the Manas Transit Center in Kyrgyzstan have been contacted by the Defense Logistics Agency (DLA) and encouraged to renew their offers. The move suggests that the Pentagon agency, which is responsible for awarding the fuel supply contract, is weighing its options before scandal-hit Mina Corp’s new contract to deliver 96 million gallons of jet fuel commences in February.

The Manas facility in Kyrgyzstan is a key logistics hub for US and NATO military operations in Afghanistan. Aircraft at Manas consume about 12 million US gallons of jet fuel monthly. Mina Corp, the current holder of the multi-million dollar jet fuel contract, came under heavy criticism in a US congressional report on Manas fuel supply practices. The report, released December 21, detailed efforts by Mina Corp to falsify “end-user” certifications that enabled the company to buy Russian fuel.

The scam, which involved Kyrgyz and Russian complicity, jeopardized operations at the base and compromised US diplomacy in Kyrgyzstan, the congressional report, titled Mystery at Manas, stated.

In November, despite demands by the Kyrgyz government that Mina be excluded, the Pentagon awarded the company a $315 million contract to continue supplying the base for at least one more year. Kyrgyz resentment was barely contained by an amendment to the contract that gave a state-owned enterprise, Manas Refueling Complex, an opportunity to supply up to 50 percent of fuel by July 2011, in tandem with Mina’s 50 percent share.

Ron Uscher a lawyer for IOTC, a competitor to Mina Corp, told EurasiaNet.org on December 21 that just days before the congressional report’s release, DLA contacted unsuccessful bidders involved in the November jet-fuel tender, wanting to know if the companies were still interested in being a Manas supplier. DLA’s action raises questions about whether the agency’s November tender decision may be revised in some manner.

“The extension of bids gives the United States and Kyrgyzstan the opportunity for a transparent and legal contract at Manas,” Uscher said.

The congressional report highlighted Manas’ dependency on Russian fuel supplies. “This vulnerability is unacceptable and must be addressed quickly,” he said. Uscher also called for the DLA to launch a formal investigation into Mina Corp’s business practices and for the company’s immediate suspension.

Mina Corp remains a subject of a Kyrgyz government probe into fuel-supply practices at Manas. Company representatives maintained on December 21 that the Mystery at Manas report vindicated its fuel sourcing techniques.

“Russia was openly supplying the base. Unless you believe that the airport in Bishkek overnight became an international travel hub like JFK or Moscow airport, it was clear that the fuel was going to the US base,” said William Burck, an attorney representing Mina Corp. “There was no deception at all; the Russians, the Kyrgyz authorities, and the Department of Defense all knew exactly where the fuel was coming from and where it was going.”

The report did not find evidence substantiating allegations that Mina Corp had entered into corrupt deals with Kyrgyzstan’s ousted ruling families, the Akayevs and the Bakiyevs.

Erkin Bekbolotov, a 50 percent owner of Mina Corp, however testified to investigators that it was he who suggested to Maxim Bakiyev, the son of ex-President Kurmanbek Bakiyev, that the base should be renamed a “Transit Center” when it was threatened with closure in early 2009.

Mina representatives could not be reached for comment on DLA’s recent outreach efforts to the company’s competitors.