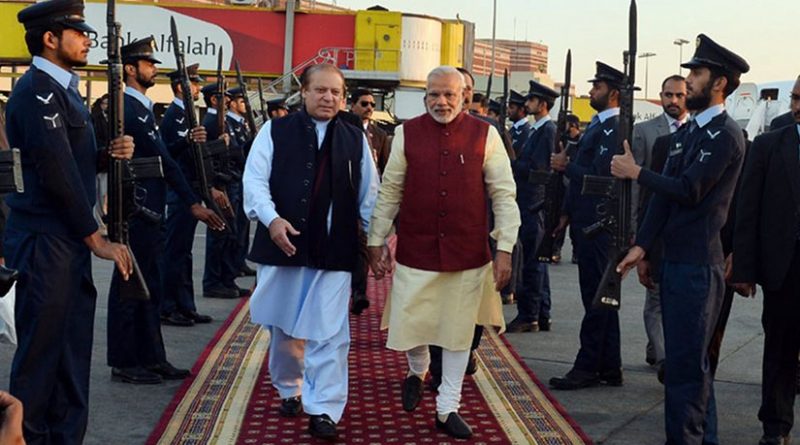 Many people were surprised to learn about the unannounced visit of Indian Prime Minister Narendra Modi to Pakistan on his way back to India from Afghanistan. But, this visit should not be a surprise to those who understand Narendra Modi’s courage of conviction and his ardent desire to bring all round development in India, which cannot happen without building a peaceful relationship with neighboring countries, particularly Pakistan.

As expected, a section of media and major opposition parties in India are critical about Modi’s sudden visit to Pakistan. Of course, there are hawkish elements both in India and Pakistan who want both the countries to be in perpetual conflict, swearing by hatred and animosity. However, there can be absolutely no doubt that vast majority of well-meaning citizens in India and Pakistan that applaud Narendra Modi for his bold initiative, which certainly can be called as extraordinary considering the hostile relationship and border skirmishes between both the countries for last several decades.

Mr. C. Rajagopalachari, popularly known as Rajaji, who was called by Mahatma Gandhi as his conscience keeper and who was hailed as a great intellectual who could think beyond his time, said several decades back that the only way of restoring peace between India and Pakistan is to focus on positives rather than negatives. Obviously, what Rajaji meant was that building up of the people to people relationships by focusing on the positive aspects between the people of both the countries and cooperation would create appropriate and positive climate , when the so called insurmountable problems would be looked upon as problems for which solutions can be found by give and take attitude.

Having taken this initiative for peace, there is huge responsibility on the shoulders of Narendra Modi and Nawaz Shariff to take the efforts further forward, despite that of the opposition faced by both of them coming from vested interests, self-centered political parties and section of hostile media. In all probability, the militant and extremist elements in Pakistan may foolishly interpret this peace move as against the interests of Islam and may try to whip up agitation, communal hatred and terrorist activities. Possibly, some Hindu extremists in India also may create hurdles in the peace process.

Nawaz Shariff and Modi should move fast to build people-to-people relationships in a healthy way. The average Indian and Pakistani do not bear ill will towards each other as has been seen several times in the past. Several Pakistani cricketers and ghazal singers are popular in India and many Pakistani families have been visiting India for medical treatment and for other reasons. Such an exchange of visits between citizens should become more frequent and should be facilitated and encouraged by both the governments.

While one has to keep the fingers crossed, all peace-loving citizens in India and Pakistan would wish that year 2016 would be a year of peace between both the countries and certainly , they wholeheartedly bless the peace initiatives of Narendra Modi and Nawaz Shariff.