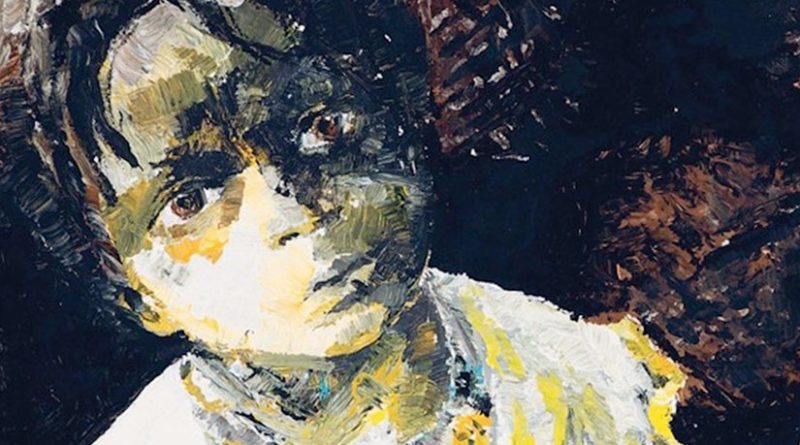 Enlarged and cropped image on Cover of 2016 UNODC Global Report on Trafficking in Persons.

Almost a third of all humans traded around the world for the purpose of sexual slavery, forced labour, or commercial sexual exploitation are children, and women and girls comprise 71 per cent of the victims of “human trafficking”, according to a new report by the United Nations Office on Drugs and Crime (UNODC).

“Trafficking for sexual exploitation and for forced labour remain the most prominently detected forms, but victims are also being trafficked to be used as beggars, for forced or sham marriages, benefit fraud, or production of pornography,” said UNODC Executive Director Yury Fedotov in presenting the report on December 21, 2016.

The report found that while women and girls tend to be trafficked for marriages and sexual slavery, men and boys are typically exploited for forced labour in the mining sector, as porters, soldiers and slaves. While 28 per cent of detected trafficking victims worldwide are children, in regions such as Sub-Saharan Africa, and Central America and the Caribbean children comprise 62 and 64 per cent of victims, respectively.

UNODC Chief Fedotov emphasized the link between armed groups and human trafficking, noting how armed groups often engage in trafficking in their territories of operation, coercing women and girls into marriages or sexual slavery, and pressing men and boys to act as forced labour or combatants.

In this regard, 23-year old Yazidi woman Nadia Murad Basee Taha, who was formally appointed UNODC Goodwill Ambassador for the Dignity of Survivors of Human Trafficking on September 16, 2016, has related her heartbreaking account of being enslaved by ISIL (Da’esh) terrorists.

She briefed the Security Council in its first-ever session on human trafficking in December 2015, describing how she was rounded up with fellow Yazidis in Iraq in 2014 and witnessing ISIL fighters shooting men and boys in cold blood. She was subject to grave abuses at the hands of ISIL fighters and was bought and sold various times.

At the induction ceremony in New York, Secretary-General Ban Ki-moon recognized Nadia’s resolve to serve as a voice for the voiceless, noting that “Nadia survived horrific crimes. I cried when I heard her story. But I didn’t only cry out of sadness. I was also moved to tears because Nadia has so much strength, courage, and dignity. She rightly calls for a world where all children live in peace.”

This year’s report includes a thematic chapter focusing on the connections between trafficking in persons, migration and conflict.

“People escaping from war and persecution are particularly vulnerable to becoming victims of trafficking,” said Fedotov. “The urgency of their situation might lead them to make dangerous migration decisions. The rapid increase in the number of Syrian victims of trafficking in persons following the start of the conflict there, for instance, seems to be one example of how these vulnerabilities play out,” he added.

Data included in the report reveal that trafficking in persons and regular migration flows broadly resemble each other for some destination countries in different parts of the world. Factors that increase vulnerability to human trafficking during the migration process include the presence of transnational organized crime in the country of origin, and a person’s socio-economic profile.

The report also includes information on the multitude of trafficking flows, including within countries, between neighbouring countries or even across different continents. More than 500 different examples of these flows were detected between 2012 and 2014.

Most countries have passed legislation that criminalizes trafficking in persons as a specific offence; many have done so recently. The Global Report shows that there is a relation between how long a country has had proper trafficking legislation on its books, and how many convictions it reports. Countries with longer-standing legislation record, on average, more convictions.

“That said, the overall criminal justice response to trafficking in persons, which has historically been very weak, has not improved significantly,” notes the report.

“Some one hundred and fifty-eight, or eighty-eight per cent, of countries have criminalized human trafficking, in line with the Protocol [to Prevent, Suppress and Punish Trafficking in Persons],” said Fedotov.

“This is a huge improvement since 2003, when only eighteen per cent of countries had such laws on their books. Nevertheless, as we highlighted in the last report, the rate of convictions remains far too low, and victims are not always receiving the protection and services countries are obliged to provide.”

The UNODC Chief stressed that more resources clearly need to be devoted to identify and assist trafficking victims, as well as improve criminal justice responses to detect, investigate and successfully prosecute cases.

The report, produced by UNODC every two years, reinforces the link between tackling this crime and achieving the 2030 Agenda’s Sustainable Development Goals.

On the New York Declaration adopted at the Summit for Refugees and Migrants in September 2016 it was further stressed that refugees and migrants in large movements were at risk of being trafficked, and that states needed to combat human trafficking and migrant smuggling as part of comprehensive responses to development and migration.