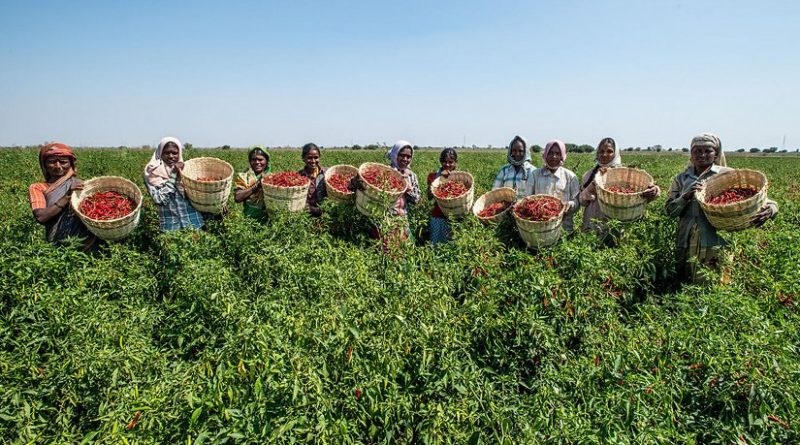 Women living around 7,000 years ago did a lot of heavy lifting in their early agrarian societies. Now skeletal analysis reveals they were even stronger than the top female athletes of today.

A woman’s work, they say, is never done and judging by data collected from the analysis of skeletons belonging to mid-Holocene Central European female agriculturalists, that certainly was the case for our forebears.

The contribution of women, living some 7 000 years ago, to vital agricultural tasks, such as digging, shifting grain and hauling heavy loads around, was essential to the success of farming. That the work was physically intensive is highlighted in a new study that reveals their upper body strength surpasses that of today’s elite female athletes.

The findings, published in the journal ‘Science Advances’, shine a new light on the distribution of tasks in prehistoric societies and refute the assumption that the women were confined to domestic chores and child rearing. The new work, carried out in part thanks to past EU support to the ADNABIOARC project, calls into question previously held ideas regarding the division of labour.

A window on the past

Our activities leave their traces in the skeletons we leave behind. Over the past 30 years, sexual dimorphism has been documented in anthropological studies examining temporal trends in bone strength associated with the intensification of agriculture and the development of a more sedentary lifestyle.

But because of the potential for sex-specific skeletal responses to mechanical loading, and a lack of modern comparative data, women’s activity in prehistory had been difficult to interpret. As the writers point out, ‘(…) among modern tennis players, side-to-side differences document substantially more responsiveness to mechanical loading in the male, relative to the female skeleton.’

Repeated stresses like lifting, pulling, and running leave their mark on bones. The shift from being hunter-gatherers always on the move to more weight bearing but sedentary farmers, about 10 000 years ago, left its mark on the skeletons now attracting the attention of anthropologists. The rigid, bent shinbones of men found in central Europe between 5300 B.C.E. and 100 C.E. – shaped by muscles constantly on the run – became progressively straighter and less rigid as people farmed more and roved less. But women’s shinbones didn’t change much during this same period. However, when researchers considered the upper arm bones they found a different pattern emerged.

They compared humeral and tibial cross-sectional rigidity, shape, interlimb loading and interlimb strength proportions in relation to a comparative group female athletes, as well as recreationally active control subjects, as a reference group of low-impact loading. The athletes were selected for the variety of intensity and directionality their sports involved: endurance runners, football (soccer) players and rowers were recruited for the study.

The team found that humeral rigidity exceeded that of living athletes, with loading intensity biased heavily toward the upper limb. Interlimb strength proportions among Neolithic, Bronze Age, and Iron Age women were most similar to those of living semi-elite rowers. The mean values for tibial rigidity were well below those documented for the runners meaning that the prehistoric activities involved less ground reaction forces (the force exerted by the ground on a body in contact with it).

These results suggest that rigorous manual labor was a more important component of prehistoric women’s behavior than was terrestrial mobility through thousands of years of European agriculture, at levels far exceeding those of modern women.

The ADNABIOARC (From the earliest modern humans to the onset of farming: the role of climate, life-style, health, migration and selection in shaping European population history) project was interested biological adaptations, technological innovations, and behavioural plasticity provoked by early migration and farming.

Cordis source: Based on information from the project and media reports