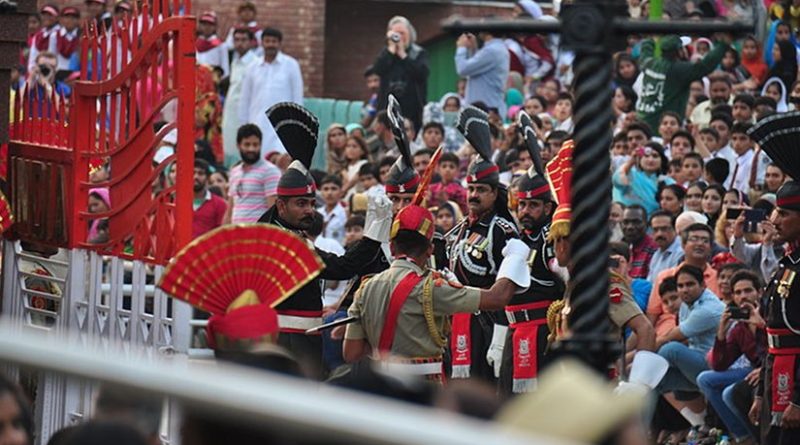 Two historic rivals are at their closest to open conflict in years, after Indian jets carried out strikes on Pakistani territory on Tuesday. But how do the subcontinental powers stack up against each other?

While Karachi presents itself as an equal to Delhi in their diplomatic dealings, India’s advantage in economic size ($2.689 trillion nominal GDP versus $307 billion in 2018) and population (1.3 billion against 200 million) is proportionately translated to military dominance that Pakistan can only counter by spending financial resources it can ill afford.

India’s military budget last year was $58 billion dollars, according to the UK-based International Institute for Strategic Studies, almost as large as Russia’s, and good enough for fifth place. In contrast Pakistan spent $11 billion, which was a bigger share of its budget.

Pakistan compensates by fielding a relatively large standing army, with 560,000 troops, compared to India’s 1.2 million standing army. Though, if a hypothetical full-scale war were to occur, it could call on 300 million draft-age men, six times more than the manpower pool available to its northern neighbor.

India has a tank capacity of about 3,500, about 1,000 more than Pakistan. The Russian-made T-90 forms the bulk of the force available to 60-year-old chief of army staff Bipin Rawat, while his Pakistani counterpart 58-year-old Qamar Javed Bajwa commands mostly imported Chinese vehicles.

Similarly, India operates nearly 10,000 artillery units, compared to fewer than 5,000 for Pakistan, and with 3,100 infantry carriers has double the amount of its rival.

Pakistan operates 425 combat aircraft, an eclectic mix of French, US, Chinese and joint-produced jets. India owns over 800 planes ready for combat, though much of their fleet is composed of Cold War-era Soviet-made jets like the MiG-21 and MiG-27 that are close to obsoletion even with modern modifications. The bulk of its firepower comes from the more recent Russian-made Su-30, with well over 200 such planes available to the Indian air force.

Analogously, India owns a significantly more numerous, sizeable and sophisticated navy capability, which is to be expected from a country with a coastline that is ten times longer. But in any case, just as in the previous two conflicts between the two countries, any naval conflict would likely be an afterthought, with the inland region of Kashmir the focal point.

Realizing its, probably insurmountable, disadvantages, Pakistan has poured much of its money into creating a nuclear deterrent. Both countries conducted their first official weapons tests in 1998, and according to the Stockholm International Peace Research Institute (SIPRI) Pakistan has built up an arsenal of 140-150 warheads, more than India’s 130-140. India, however, enjoys superior delivery mechanism capacity, with its Agni-3 rockets capable of hitting targets 5,000km (3,107 miles) away. In contrast Pakistan’s longest-range Shaheen 2 can strike 2,000km targets.

But even with these limitations, and taking into account the intercepting capacities of each nation, in the case of total war, each would be able to inflict millions of casualties on each other’s densely populated cities within hours.