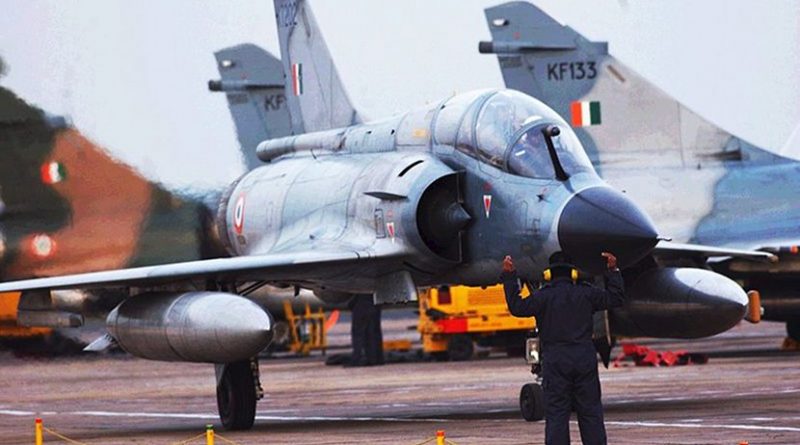 (RFE/RL) — India has launched what it called a “preemptive” air strike against Pakistan-based militants following a suicide bombing in India-administered Kashmir earlier this month.

The town of Balakot is located on the edge of the Pakistani-controlled part of Kashmir — about 80 kilometers from the Line of Control, which serves as a de facto border in the disputed Himalayan territory.

Islamabad said the strike — the first launched across the line of control since a war between the two nuclear-armed neighbors in 1971 — hit an empty area, but vowed to respond to what they called India’s “aggression.”

Tensions between Islamabad and New Delhi has escalated since a suicide attack claimed by the Jaish-e-Mohammad (JeM) militant group killed at least 41 soldiers on the Indian side of Kashmir.

Gokhale told a news conference in New Delhi that the Indian strike had killed “a very large number of [JeM] terrorists, trainers, senior commanders and groups of jihadis who were being trained for fidayeen (suicide) action.”

“In the face of imminent danger, a preemptive strike became absolutely necessary,” he also said.

“At a special meeting chaired by Prime Minister Imran Khan, the Pakistani National Security Committee called the strike an “uncalled for aggression to which Pakistan shall respond at the time and place of its choosing.”

It also rejected India’s claim that many militants were killed in the strike, branding it “self-serving, reckless, and fictitious,” a statement said.

Pakistan’s military earlier accused India’s air force of violating its airspace, and said it scrambled its own fighter jets in response.

Military spokesman Major General Asif Ghafoor tweeted that Indian jets had crossed the Line of Control, and traveled as far as 6.4 kilometers into Pakistan-administered territory.

The Indian aircraft “released [a] payload in haste… near Balakot,” he said, adding that there were “no casualties or damage.”

Pakistani villagers in the area said they heard four loud explosions in the early hours of February 26 but reported only one person wounded by bomb shards, the Reuters news agency reported.

“There are no casualties, there are no damages on the ground because of the dropping of the bombs,” Balakot police chief Saghir Hussain Shah told The Associated Press.

The European Union and China, a Pakistani ally, urged India and Pakistan to exercise “restraint” after the air strike.

“We remain in contact with both countries and what we believe is essential is that all exercise maximum restraint and avoid further escalation of tensions,” said Maja Kocijancic, a spokeswoman for EU’s foreign policy chief Federica Mogherini.

India says its neighbor had a “direct hand” in a February 14 suicide attack on Indian security forces, and accuses it of providing sanctuary to the militants. Islamabad denies involvement.

Nuclear-armed India and Pakistan have fought two of their three full-fledged wars over Kashmir since their partition during independence from Britain in 1947.