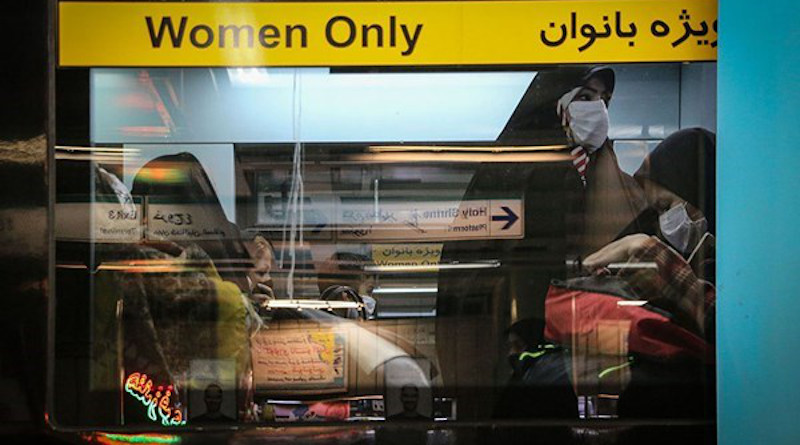 Despite the efforts of the Iranian government to hide the spread of Coronavirus in the country in a context of elections, 50 dead have already been confirmed by this cause only in the city of Qom, according to the last report issued by Ahmad Amirabadi-Farahani, member of the chief committee of the Iranian parliament and Qom’s MP.

This can be attributed mostly to the constant flights of members of the Revolutionary Guard to China. Both Ali Khamenei, Ministry of Health, and President Hassan Rouhani, were aware of the spread of the virus in Iran at least a month ago. However, the population had to wait until February 20 to get the first recommendations from the government.

Under the orders of the Supreme Leader Ali Khamenei, the whole situation was covered-up to ensure a high level of participation both at the anniversary of the 1979 revolution held on February 11 and the Parliamentary Elections that took place on February 23. Meanwhile, the silence contributed to spreading the virus very fast throughout the territory.

In a recent speech held on February 23, Khamenei even refrained from mentioning any kind of sympathy or condolences to the victims. He just said that the reports about the spread of the virus were an excuse to invite people to boycott the elections. “In the last two days, the pretext of illness and virus was used, and their media did not miss the slightest opportunity to discourage people from voting not even several hours”, Khamenei stated.

Ahmad Amir-Abadi Farhani, a parliament deputy from Qom and a member of the parliament’s leadership, said on February 24 that 50 people in Qom had died because of COVID-19. In response to the denial by Hassan Rouhani’s spokesman Ali Rabiee and deputy Health Minister Iraj Harirchi. Farahani published the list of names of the deceased at the disposal of the Ministry.

Residents, physicians, and nurses say that in addition to Tehran and Qom, several patients have lost their lives in Tabriz, Isfahan, Najafabad, Kashan, Kermanshah, Rasht, Khorramabad. The Coronavirus has spread to at least 19 Iranian cities as of now and more than 3,000 Iranians have contracted the disease.

While most countries have responded by canceling flights to China, the IRGC’s Mahan Air continued its trips from and to China, despite the repeated domestic and international calls. This has contributed to the rapid spread of the virus to different parts of Iran as well as many bordering countries.

A report of the National Council of Resistance of Iran had proved in October 2017, that the Mahan Air senior managers were directly appointed by Qassem Soleimani, the notorious commander of the Quds Force, killed by the US in January 2020.

Shahin Gobadi, member of the National Council of Resistance of Iran, highlighted: “It is quite evident that the clerical regime is covering up the real scope of this disease in Iran, has deliberately misled the public, and failed to take proper actions to deal with this growing threat that has become an epidemic”.

“Lies, deception, and cover-up are in the DNA of this regime. This became palpably clear when it initially attributed the fall of the Ukrainian commercial flight to a mechanical failure until it was forced to admit that it had been shot down by an IRGC missile, killing all 176 passengers on board. The regime is now repeating the same narrative regarding the Coronavirus but on a much larger scale”, he added.

At the same time, Maryam Rajavi, leader of the Iranian resistance, called on physicians, nurses, and hospital staff to make their information public quickly to save the lives of hundreds of people and to thwart the regime’s cover-up and misleading information. She emphasized that the United Nations, World Health Organization, and other international human rights organizations must compel the religious fascism ruling Iran to publish all the facts and figures regarding COVID-19 and provide them to the international community.

Home » Coronavirus Expands Throughout Iran Because Of Political Concealment – OpEd