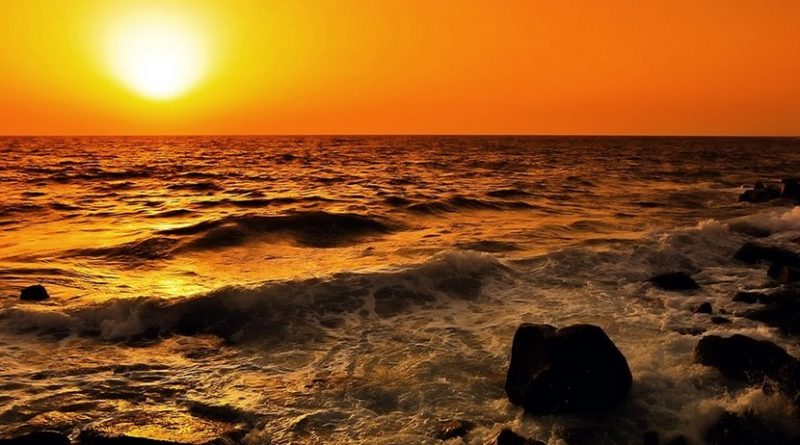 Researchers at the King Abdullah University of Science and Technology (KAUST) have discovered dust from the Middle East has a positive cooling effect over the land and the Red Sea.

“Saudi Arabia is in the so-called Dust Belt, emitting about a third of the world’s dust emissions,” said Professor Georgiy Stenchikov, Director of the Earth Science and Engineering Program in Physical Sciences and Engineering at KAUST. “Dust affects the entire world and it is the most abundant aerosol on Earth.”

Based on satellite data, scientists have found that the amount of dust over the Red Sea is greater than over the land, with the largest radiative cooling effect of the sea in the world.

“Dust cools the surface but warms the atmosphere, which is how it changes the circulation,” Stenchikov highlighted. “The Sahara dust shifts the Rain Belt in the summer to the north, increasing the circulation in the Sahel, for instance, so droughts would be more severe if there were no dust.”

Climate change is caused by the increasing concentration of greenhouse gases, which increase the Earth’s temperature. At the same time, the atmosphere is full of aerosols, which could either be natural or anthropological, that absorb and reflect solar radiation.

“Dust is a very complex aerosol,” Professor Stenchikov noted. “Not only does it reflect solar radiation, it also absorbs solar and infrared radiation and affects the atmospheric circulation, so it produces an extremely strong and complex effect overall on the circulation and the climate.”

“The concentration of dust in this center is very high,” he added. “The radiative effect is very high so the effect on the climate is also very strong – it affects the climate over land, the Red Sea and nearby waters. Dust deposition also provides nutrients to the sea.”

In their paper published in the Journal of Geographical Research, the researchers showed that the climatological dust radiative forcing over the southern Red Sea is the largest in the world and, for the first time, studied the role of its effects in the region.

According to Dr. Sergey Osipov, from the Atmospheric Chemistry Department at the Max Planck Institute for Chemistry in Germany, primary author of the study, it is essential to study mineral dust aerosols because of the broad spectrum of effects that span from our daily routines to climate change.

“In terms of the environmental hazards, dust contributes to ambient air pollution, which was recently recognized as a major health risk that reduces life expectancy,” Dr. Osipov continues.

“Dust is also a major climate driver, and its radiative effects are especially pronounced and relevant in the Middle East and over the Red Sea. Dust aerosols reduce the extreme surface air temperatures over the land and protect the coral reefs in the Red Sea.”

The paper demonstrates that dust is an integral part of the Earth system and participates in numerous complex interactions. The research team continue their work to understand these mechanisms and to account for them in models to improve the reliability of future climate projections at a local, regional and global scale.