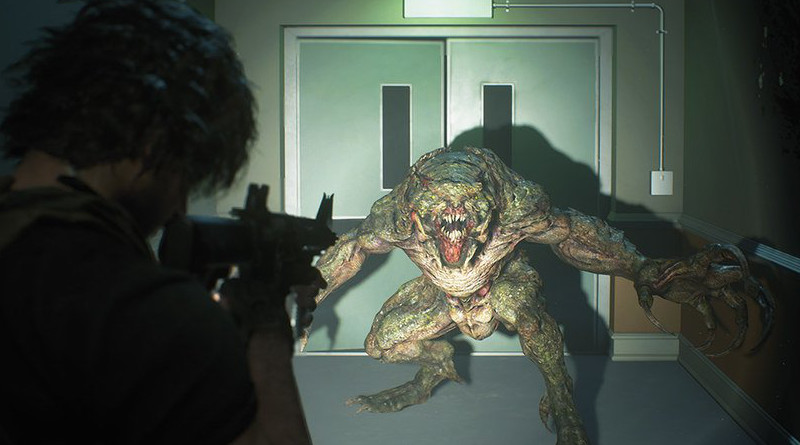 In 'Resident Evil 3', you play as Jill Valentine, a former Special Ops soldier who has been fighting for years against the Umbrella Corporation. (Supplied)

It’s tempting to credit Capcom — developers of ‘Resident Evil 3,’ scheduled for release on April 3 — with astonishing prescience: The game, after all, is set in a city under lockdown after the outbreak of a mystery virus. Tempting, at least, until you remember that it’s a remake of the 1999 game with the same storyline. (Plus the fact that umpteen games share basically the same plot — most obviously “Dying Light.”)

You play as Jill Valentine, a former Special Ops soldier who has been fighting for years against the Umbrella Corporation — a big-pharma company responsible for unleashing the zombie-creating T-virus — and now a member of the Special Tactics and Rescue Service (S.T.A.R.S.). At the start of the game, you team up with the mercenary Carlos Oliveira, hired by Umbrella to help survivors in Racoon City, from where you must escape.

Hint: Make sure you get the brightness settings right. The default settings are, for this reviewer, too dark, making it easy to stumble into a prone zombie who’ll bite you before you’ve even seen it.

As if dealing with hordes of undead wasn’t enough, Valentine is being hunted by the intelligent bioweapon known as Nemesis. Huge, fast and smart, Nemesis is a fearsome opponent who — at least in the early stages of the game — you should definitely not try and fight. Just run.

Indeed, in those early stages, it’s enough of a struggle to deal with regular zombies, especially when you’ve only got your handgun. It takes quite a few bullets to put even a single opponent down, so collecting and crafting ammo and medicine is vital.

The game looks superb — the streets are full of shambling undead backlit by the flames of abandoned vehicles and stores, and creeping down side alleys trying to avoid zombies is genuinely tense. The developers have struck a nice balance between action and puzzle solving too — there are plenty of foes to fight if you choose to, but also lots of safer ways to navigate the game’s demands if you’re smart and quick.

With fine voice acting, lots of existing love for the franchise, and slick gameplay, it seems a fair bet that ‘Resident Evil 3’ will be one of the bestselling titles of the year.

*Review based on PS4 demo.

In the Soviet Union it was forbidden to dispute the wisdom of the “party line.” That’s because Marxian communism was