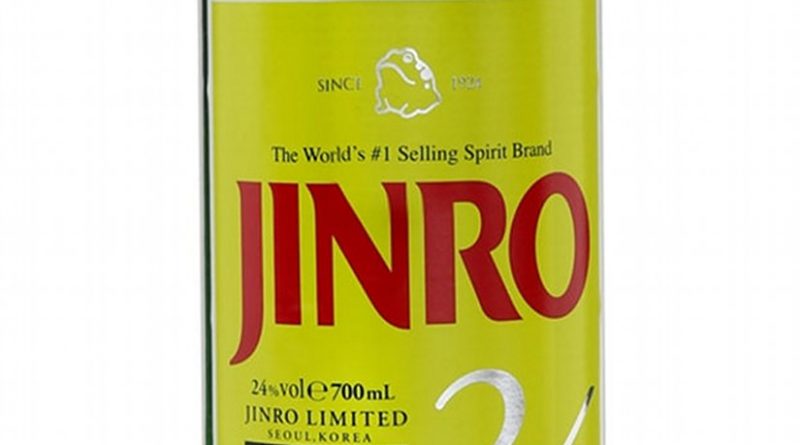 The 2017 edition of the IWSR’s annual Top 100 rankings has been published this month in the IWSR Magazine. It lists the world’s 100 largest spirits brands by volume, pitting famous international brands against local spirits titans that dominate in their home markets. The Top 100 list is uniquely based on the IWSR’s proprietary database, the most authoritative source of beverage alcohol industry research.

This year’s Top 100 list brings into focus the defining role that emerging markets play in shaping the global spirits industry. The drinking population in India, Brazil and South East Asia, in particular, is growing each year. This keeps Indian whiskies, cachaça and soju/shochu brands in high positions on the list; population growth and wider distribution also help international brands to reach new consumers.

Selling well over 65m nine-litre cases in 2016, the South Korean soju brand Jinro once again becomes the world’s most popular alcoholic drink, maintaining the number one spot that it has held for many years. To put Jinro’s volumes into context, it sold more in 2016 than the brands in second and third place – ABD’s Officer’s Choice whisky (32.3m cases) and Thai Beverages’ Ruang Kao (31.2m cases) – put together. The Jinro brand makes up 2% of the global spirits market on its own; its sales of 65.9m cases come to considerably more than the total of the spirits markets of the UK, Germany, France, Mexico, Spain, Poland, Italy or travel retail to name a handful.

Owned by Hite-Jinro, Jinro’s phenomenal success owes to several factors. It has been by far the most visible brand of soju, South Korea’s national drink, in Seoul and the surrounding districts for decades. Changes in competition laws in recent years have allowed the brand to move into other parts of the country, whose LDA population is rising sharply each year. A favourite at mealtimes, soju’s low ABV (24%) makes it suitable for a range of other occasions as well – while efforts are being made to invigorate the category’s image in the on-trade.

The world’s second and third most-consumed spirits brands are Indian whisky Officer’s Choice and the Thai cane spirit Ruang Kao. Although both declined in 2016, they remain the largest brands in their home markets by huge margins. The decline of Officer’s Choice was the result of a difficult year for the Indian spirits market in general, notably the move to turn the north-eastern region of Bihar into a dry state. The demonetisation of the INR500 and INR1,000 notes also heavily restricted alcohol sales in the last three months of the year.

The markets for soju in South Korea, local whisky in India and cane spirits in Thailand are so vast that even the brands trailing far behind Jinro, Officer’s Choice and Ruang Kao sit comfortably within the global top 10. The soju brands Chum Churum (owned by Lotte, 26.2m cases) and Good Day (Muhak, 19.1m) rank fifth and ninth respectively, while the Indian whiskies McDowell’s (Diageo, 25.6m) and Imperial Blue (Pernod Ricard, 18m) are at number six and 10. Number eight on the list is Thai Beverages’ Hong Tong Liquor (20.7m cases).

If the top 10 is dominated by giant domestic Asian brands, the international bestsellers are not far behind. Iconic drinks such as Johnnie Walker Scotch whisky (11), Bacardi rum (13) and Jack Daniel’s whiskey (16) do not completely rule their home markets as they face more competition from other international spirits brands – but their global reach ensures that they are still available to hundreds of millions of potential consumers, and generally at affordable price points.

Eighteen of the brands in the Top 100 belong to Diageo, making the British company the most-represented owner among brands selling over 3m cases. They are followed by Pernod Ricard with eight brands. Campari has four brands in the list, although none rank higher than 77th place (Skyy vodka).

Reflecting its status as a highly aspirational drink in the developing world, whisky is the most represented category in the Top 100, with 28 brands featured. There are 19 vodkas on this year’s list, but only four of them – two American and two Ukrainian – managed to improve on their previous ranking. Tito’s recorded stunning growth of 37.8% to leap 47 places to 46 from 93, while Gallo’s New Amsterdam rose again to 85th place.

The list features six rums. Bacardi stays at 13, Captain Morgan drops to 24 from 21, and Havana Club remains at 68. By contrast, some categories are conspicuous by their near absence. There is only one tequila – Jose Cuervo in 47th position – among the world’s Top 100 brands, and only two bitters, Jägermeister (35) and Fernet-Branca (53). This perhaps indicates that in many parts of the world these drinks have no rival and have become the market leaders to such an extent that they define the whole category.