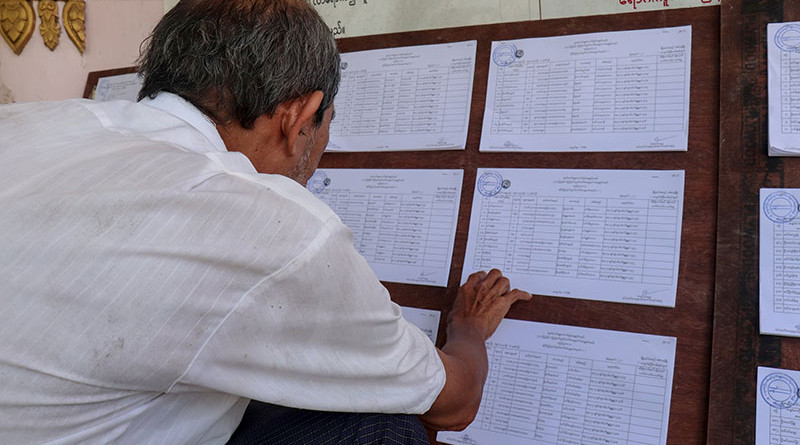 At least five Muslim candidates in Arakan State have reportedly been rejected in their bids to contest Myanmar’s upcoming general election.

Four candidates from the Democracy and Human Rights Party (DHRP) who registered to compete in Maungdaw and Sittwe districts, and a fifth independent candidate looking to run for Buthidaung Township’s Lower House seat, were turned down by the state election subcommission.

“They were rejected because their parents and grandparents were not yet citizens when they were born,” said the chairperson of the Arakan State election subcommission, Daw Tin Hlaing.

The rejected Muslim candidates are planning to appeal to the Union Election Commission (UEC), said U Abu Tahay, who applied to run for the Buthidaung Township Lower House seat as an independent.

“We will appeal to the UEC because we assume the Arakan State election subcommission’s decision is not in accordance with the law,” said Abu Tahay, who previously told DMG that his parents and grandparents are citizens.

The Democracy and Human Rights Party will also appeal to the UEC, party leader U Kyaw Min told DMG.

A total of 386 candidates from 13 political parties have registered to run in the upcoming poll in Arakan State, with 42 independent candidates among the parliamentary hopefuls, according to the Arakan State election subcommission.

Last month the UEC announced that the 2020 general election would take place on November 8.