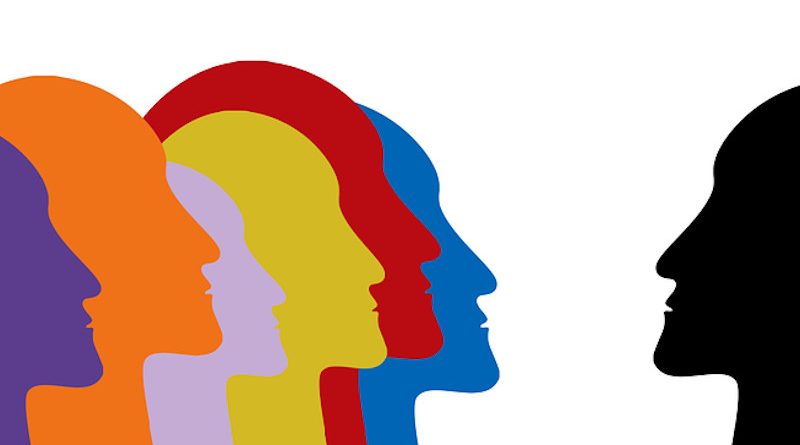 Bureaucrats have become the nouveau elite

Civil services across the world have generally grown over the last century, both in size and influence over the everyday lives of citizens. In many countries, public sector jobs are growing at a faster rate than general employment growth, a trend that has accelerated since the advent of the Covid-19 pandemic.

While the size and influence of the public sector has been steadily growing, so have perceptions of civil servants themselves. From the mid-twentieth century, the public-private divide was generally seen as workers, employees and civil servants. Civil servants were seen to exhibit different sets of cultural values and lifestyle habits than those within the private sector. Civil servants were often stereotyped, as being rules orientated, frugal, inefficient, and risk adverse, while those within the private sector were seen as innovative, hard-working, and commercially orientated. The thought leaders, drivers, and wealthiest in society were the “captains of industry”, taking up the mantle as the elite within society.

The rise of bureaucracy

Other studies have reported this occurring across other organizations and bureaucracies over subsequent decades.

So, major question is why have bureaucracies grown and become so powerful within societies?

In the post WWII era, governments were both ideological and visionary. Various crises during the 70s, 80s, and 90s led to the culture of monetary economics and economic rationalism. Governments became managers rather than the vanguards of radical vision. Change and reform were words eliminated from the political narrative. The focus centred on fiscal management and balancing national budgets, the blue-ribbon label of responsibility. In liberal democracies this factor most often determined which political parties were elected to government.

The dramatic increase in administrative law

Regulation became the primary tool to manage, which led to the massive growth of administrative law over the last 50 years. Parliaments pass hundreds of new bills into law each year, adding to the volume of legislation that extended the gamut of government influence over society.

However, the real explosion in governance came through regulations, additional rules and edicts drawn up by bureaucrats, usually in the name of the responsible minister, and published in a government gazette. New regulations are issued by bureaucracies by the thousands each year.

The purpose of regulations, or by-laws are to assist bureaucracies administer the law, clear up ambiguous legislation, make laws clearer for law courts, and extend the reach of legislation into areas and issues legislators didn’t foresee at the time the laws were originally passed in parliament.

Regulation has enhanced the power of bureaucracies and arguably enabled these organizations to grow. This has been particularly the case during the pandemic where many governments have enacted emergency decrees allowing almost unrestricted authority to health and law enforcement agencies. Regulations have also taken a lot of government action and function away from public scrutiny, as most regulation is made without fanfare or publicity.

The reality is that many new regulations actually go against the spirit of the piece of legislation they are drafted under, or even unconstitutional. However, bureaucracies get away with this due to the fact they are not usually challenged in a court of law.

Bureaucrats have always believed they have a duty to act in the interests of national sovereignty. As a consequence, they see their actions beyond the need for transparency and criticism. The underlying assumption of acting for the public good, has been replaced with acting according to what needs to be done in the government’s interest. Thus, the duty of neutrality, and even loyalty to the constitution has waned.

These subtle changes in culture can be seen in the rising complexity of citizen interaction with the bureaucracy. Application procedures for visas, opening a bank account, and applying for social welfare have all become more complex. There is now an assumption by bureaucracies that it is a bureaucrat’s job to ensure the citizenry are unable to take advantage of the government through misrepresentation or fraud.

Regulations are often made up for convenience rather than solving real problems. For example, many inconsistencies can be seen in the Covid-19 pandemic restrictions. Other decisions defy logic and even commonsense, and lead to unfortunate consequences, such as the recent culling of dogs in an animal shelter by a city council in Australia, on the premise of preventing people coming to rescue them, would be put at risk of Covid-19 transmission. Unnecessary regulation has been blamed for the low enterprise start-up rates in the United States. Licensing issues are affecting food logistics chains in Britain, leading to food shortages.

Modern bureaucracies undertake many subsidiary tasks, not directly related to function. In the early 2000s ministries, departments, agencies, and municipalities undertook intensive programs to comply with standards like ISO-9000. ISO standards are implemented with the intention of streamlining procedures and operations to specific standards, that add to workloads.

The above activities add to bureaucratic workloads, even though the nature of these job tasks are secondary to intended job functions.

Big government is not socialism – its bureaucracy

911 and the subsequent war on terror, and the current Covid-19 have changed the world as we knew it. World events have allowed bureaucracy to rise, defeating the economic rationalism and small government narratives. Fiscal responsibility, such as running surpluses and balancing budgets has gone out of the window. We have a growing surveillance state, with the birth of new organizations and agencies to regulate people.

In addition, privately owned virtual bureaucracies have become the platforms of social narratives. These platforms use algorithms to manipulate what narratives the public see, decide who can and who can’t participate, and sanction people for posting views and ideas unacceptable to platform management. Social media platforms now determine “truth.” These platforms have become strong allies with bureaucracies over Covid-19 issues, and promoting sets of values that many governments are adopting as their own narratives.

Bureaucrats as the nouveau elite

Bureaucrats have risen in their social position in society. They have become the nouveau elite. They are the single most important group with power over society. They can decide which business can open and which business must close, who can work, and who can’t, and who gets financial assistance and who doesn’t. Bureaucracy, without legal scrutiny is becoming a new form of totalitarianism.

While the Covid-19 pandemic has continued, civil servants have still been on full salaries, while many within the private sector have either lost their income, or are on minimal incomes. Unemployment around the world is rising, pushing civil servants to the top income brackets.

Bureaucracies have rewarded their leading civil servants well. The salary and benefit packages of civil servants has been rising to reach parity with the elite positions in big business. Now the Mandarins of bureaucracies are some of the most highly paid in society. Some notable examples include, Dr Anthony Fauci, America’s health czar made US $417,608 with his US federal salary last year. Each of Singapore’s five mayors receives S $660,000 (USD 487,624). The head of the Victorian public service in Australia receives A $ 720,676 (USD 522,850) per annum, while department heads receive A $ 493,229 (USD 357,837). The top-level European Secretariat administrators receive Euro 192,000 (US $ 225,840), plus allowances.

The down side of the nouveau elite is they are criticized for displaying a clear lack of empathy, and compassion towards society. They see everything in terms of something to be managed. Governments today implement narratives rather than policies. Anyone who speaks up against these narratives is penalized harshly.