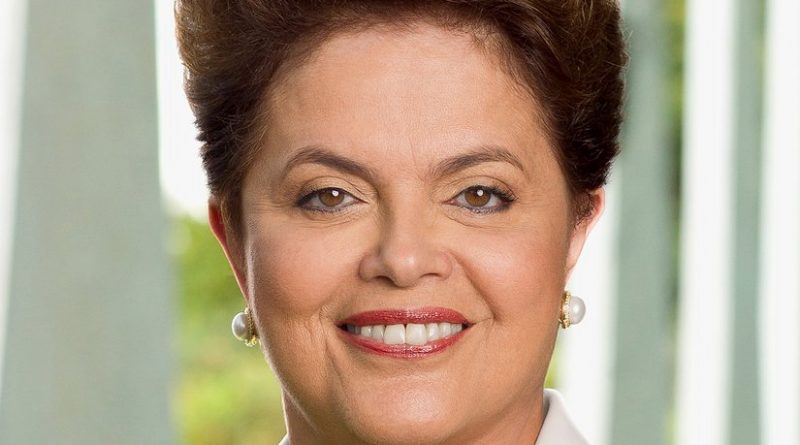 Brazilian President Dilma Rousseff’s approval ratings have reached dramatically low levels just eight months into her second term of four years. According to a recent poll by the firm Datafolha, only 8 percent of respondents support the presidential administration.

The disapproval of Rousseff has to do with allegations of corruption involving the ruling Workers Party (PT) and the economic slowdown that has led to rising unemployment that has reached 9 percent, with more than 8 million unemployed, according to data from the Brazilian Institute of Geography and Statistics (IBGE).

The Petrobras corruption scandal, involving government officials and executives of construction companies, became public on Mar. 17, 2014, when 24 people were arrested as part of Operation Lava Jato (car wash). This was a judicial investigation into the illegal sale of dollars initiated a year earlier at a gas station that discovered the largest corruption network in Brazilian history.

The trail led to Alberto Yousseff, a currency trader who revealed the corruption scheme, along with the former Petrobras Director of Supply, Paulo Roberto Costa. Both reached a plea deal and confessed that 13 construction companies, including Odebrecht, Camargo Correa, Queiroz Galvão and OAS, split contracts with Petrobras and overcharged for construction works. This money was distributed among political figures, including leaders of the PT. The Attorney General’s Office estimates that between 2004 and 2012, about US$8 billion were diverted.

According to media reports, Rousseff’s biggest fear is that the construction companies could be prevented from operating, which could paralyze important infrastructure projects underway in the country and accelerate the collapse of the economy.

The Economic Commission for Latin America and the Caribbean (ECLAC) predicts that this year the Brazilian economy will experience a contraction of -1.5 percent, which, would be exacerbated by inflation of more than 9 percent by the end of the year, according to forecasts of the Central Bank of Brazil.

In August, hundreds of thousands of people took to the streets in different Brazilian cities demanding Rousseff’s impeachment — even though she is not directly involved in allegations of corruption —, and to call for new elections. The right-wing opposition has also spoken out asking that Rousseff leave the Planalto Palace. The media supports this campaign aimed to present the PT as the only actor involved in the Petrobras corruption network, although according to the research on this case, those involved in the case are from numerous political parties, including the opposition.

The right-wing media campaign is directed against former president Luiz Inácio Lula da Silva (2003-2011), who is also under investigation.

On Sept. 10, the Federal Police asked the Supreme Court to question Lula because, in his previous capacity as president, he could have benefited from the corruption in Petrobras, receiving benefits for himself, for the PT, or even for his government.

Since May, Lula has had other open investigation against him for alleged influence peddling on behalf of Odebrecht, the largest construction company in Latin America and also involved in the Lava Jato case. According to the Attorney General’s Office, after leaving the presidency in 2011, Lula travelled to several countries, including Panama, the Dominican Republic and Venezuela, all financed by Odebrecht. The company denied that Lula has worked for them, but admitted to having funded trips to lectures about Brazil’s potential and that of Brazilian companies.

Despite this, Lula, 69, enjoys high credibility among the people and apparently intends to return to power in 2018.

“The opposition is mistaken if it believes that the PT is finished,” he said in early September to his supporters in Minas Gerais. “I prefer campaigning to ensure that the opposition does not return to power.”

Lula has also backed Rousseff by pointing out that “there is no reason, no motive, to impeach Dilma. Everyone knows the character of the president. You cannot think of impeachment only because there are economic problems. At the same, time there are allegations of corruption, but these should be set aside from the scope of the governance of the country. Dilma’s obligation is to govern because she was elected to look after the interests of 204 million Brazilians.”