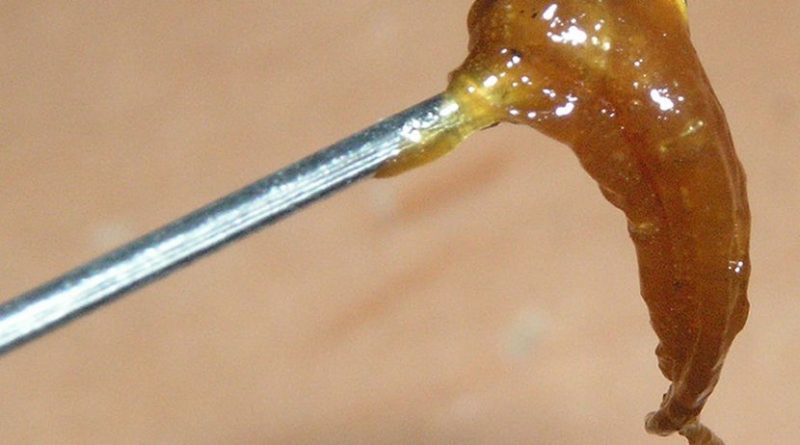 Researchers at Portland State University found benzene and other potentially cancer-causing chemicals in the vapor produced by butane hash oil, a cannabis extract.

Their study raises health concerns about dabbing, or vaporizing hash oil – a practice that is growing in popularity, especially in states that have legalized medical or recreational marijuana.

Dabbing is already controversial. The practice consists of placing a small amount of cannabis extract — a dab — on a heated surface and inhaling the resulting vapor. The practice has raised concerns because it produces extremely high levels of cannabinoids — the active ingredients in marijuana.

The process of making hash oil also is dangerous because it uses highly flammable and potentially explosive butane as a solvent to extract active ingredients from marijuana leaves and flowers. In July, two people in Portland, OR, died in an explosion and fire at a home where butane hash oil was being manufactured.

“Given the widespread legalization of marijuana in the USA, it is imperative to study the full toxicology of its consumption to guide future policy,” said Rob Strongin, a Portland State professor who led the study. “The results of these studies clearly indicate that dabbing, while considered a form of vaporization, may in fact deliver significant amounts of toxins.”

Strongin and his team analyzed the chemical profile of terpenes – the fragrant oils in marijuana and other plants – by vaporizing them in much the same way as a user would vaporize hash oil.

Terpenes are also used in e-cigarette liquids. Previous experiments by Strongin and his colleagues at Portland State found toxic chemicals in e-cigarette vapor when the devices were used at high temperature settings.

The dabbing experiments produced benzene – a known carcinogen — at levels many times higher than the ambient air, Strongin said. It also produced high levels of methacrolein, a chemical similar to acrolein, another carcinogen.

Their findings were published in the Sept. 22 issue of “ACS Omega,” a journal of the American Chemical Society.