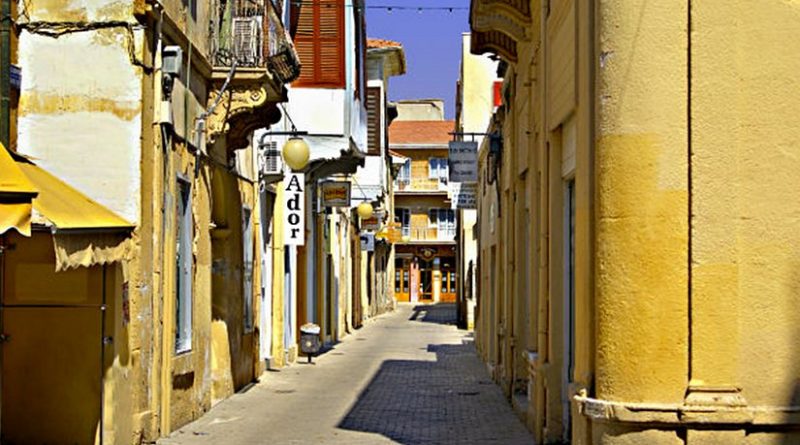 The stagnant Cypriot economy — weakened by falling revenues, credit ratings and banks exposed to Greek debt woes — is in need of immediate measures, the IMF warned following an 11-day visit this month.

“The fact that the government can not access capital markets is very serious and the risks to the banking sector compound that,” he said.

Amid fears that Cyprus may eventually need a bailout, de Vrijer said the first priority must be containing problems, chief among them, excessive public spending.

The IMF has warned Cyprus not to give in to demands for increased workers’ wages but also to freeze benefits, given the flat economic growth forecast for this year and a 1% decline in 2012.

“There is time, and there is opportunity for the government to take decisive action to avert the possibility of these problems getting worse,” de Vrijer said.

The Cyprus government, eyeing Greece’s downward spiral, has gone beyond cutting salaries and is now reducing the budget for such services as child benefits and student grants.

Facing rising borrowing costs, the government also turned to Russia — a country with an investment presence in Cyprus — for a four-year 2.5 billion-euro loan.

The IMF considers that to be of little help because the Cypriot “public finance dilemma” is exacerbated by the munitions explosion last July which knocked out the island’s main power station and brought the economy to a temporary standstill.

“The government has set ambitious targets that would deliver a large reduction in the deficit in 2012 and a balanced budget within three years,” IMF’s mission head Wes McGrew said.

“Reducing the deficit by 7% of GDP in 2011 is needed to halt the rapid increase in public debt,” he said.

However, the government will not be able to meet the balanced budget goal while in practice Cypriots will be forced into a more modest lifestyle with fewer social services.

Some domestic analysts like the University of Nicosia’s Andreas Theophanous say the situation is not that grave, and caution against a Greek-style austerity that has pushed that country deeper into recession.

“We have the usual problem of public sector spending. We need new engines of growth. If you keep representing economic activity with austerity measures … you make things worse,” Theophanous told SETimes.

University of Leicester Financial Economics Professor Panicos Demetriades told SETimes the government’s deficit reduction plan is credible, but should be careful not to go overboard.

“The IMF recognises lately that too much austerity delivered too quickly has deleterious effects on growth, which can undermine the success of any deficit reduction plan,” Demetriades said.

“Greece’s plan failed to fully take into account the negative effects of austerity on growth, government revenues and unemployment,” he said.

Both analysts agreed Russia is a bulwark because many Russian companies are based in Cyprus due to a low corporate tax rate and a treaty on double taxation.

“Had we taken the loan on the open market, it would have cost much more,” Theophanous said.

“If Cyprus were forced to borrow from the European Financial Stability Fund, there would be pressure from Germany and France to raise the tax rate that will hurt Russian interests and the Cyprus economy,” Demetriades said.

Theophanous acknowledged Russia is also promoting its own interests in Cyprus. “Nobody gives 2.5 billion euros without getting something in return.”

Following the script sheet of the previous day, the non sequitur, pop medical view of the prosecution was again in