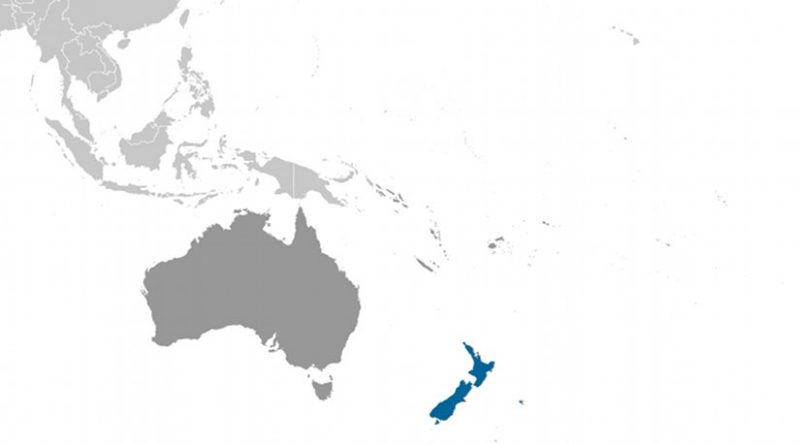 The grounding and breaking-up of the container ship Rena off the coast of New Zealand has highlighted the threat to maritime safety and security and the marine environment posed by unsafe shipping.

AN ENVIRONMENTAL disaster of great proportions is unfolding off the coast of New Zealand. The container ship MV Rena ran aground earlier this month in the Bay of Plenty off the port of Tauranga.on the North Island of New Zealand. The ship is now breaking up, spilling heavy fuel oil and containers into the sea causing massive pollution of the marine environment. It has already devastated the community of one of New Zealand’s leading seaside resorts. The economic costs, including the costs of cleaning up the region’s coastline, will run into many millions of dollars.

How could a large container ship laden with a valuable cargo, including some toxic and hazardous goods, run aground on a well-charted reef in clear visibility? The answer will likely lie in human failings onboard that throw doubt on the standards of competence and training of contemporary seafarers.

The Master and Second Officer of the Rena have already appeared in court charged with operating a vessel in a manner causing unnecessary risk or danger. This incident has become another example of the threat to maritime security and the marine environment posed by unsafe and sub-standard ships.

The Rena is a medium-size container ship built in 1990 and registered in Liberia, a major “flag of convenience” country of registry. There were warning signals that she may have been unsafe and an accident waiting to happen.

The first warning signal is that of age. At 21 years of age, the Rena was relatively old for a container ship. The annual review of maritime transport from UNCTAD shows that the average age of container ships is ten and a half years. Container ships normally have shorter lives than other types of vessels due to the more demanding nature of their employment with tight schedules and short periods of time in port.

Ships, like any other piece of equipment, deteriorate over time requiring greater maintenance effort as the years go by to keep them safe and seaworthy. Hence the older a ship is, the more likely it is to be sub-standard.

Available evidence suggests the Rena was starting to fall below an acceptable standard of maintenance and safe operation. In July 2011, she was detained in the port of Fremantle in Western Australia after a Port State Control (PSC) inspection revealed 17 deficiencies, including several related to the safety of navigation. An inspection in the NZ port of Bluff a few days before the recent accident revealed 19 deficiencies.

Sub-standard ships figure disproportionately in maritime accidents. The most serious recent accident off Singapore occurred in May 2010 when the ancient and clearly sub-standard bulk carrier, MV Wally, collided with the Malaysian tanker Bunga Kelan 3 in the eastern part of the strait. Several hundred tonnes of oil spilt into the sea, leading to pollution off Singapore’s eastern foreshore. Not only was the Wally old, but she was also registered in St Vincent and the Grenadines, a notoriously poor “flag of convenience”.

Responsibility for ensuring a ship is well maintained and safely operated should rest with the flag state of a vessel. But with the growth of “flags of convenience”, many flag states have proven incapable of discharging this responsibility effectively. Hence PSC has developed as the main international regime to manage the problem of sub-standard ships. Under this regime, port states undertake the task of verifying that ships are complying with required international standards of ship safety, maintenance, manning and marine environmental protection.

PSC depends heavily on countries participating in the regime fulfilling their obligations to inspect vessels and on the exchange of inspection data between them. Singapore is a party to the Tokyo Memorandum of Understanding (MOU) on PSC that covers the Asia-Pacific region. The latest annual report from this MOU shows that in 2010, Singapore inspected only 5 per cent of visiting foreign ships. The regional average was much higher. This means that Singapore made only a small contribution to achieving the Tokyo MOU’s objective of a regional annual inspection rate of 80% of the total number of ships operating in the region.

Singapore’s inspection rate was the second lowest in the region – only Vanuatu inspected relatively fewer ships. Furthermore, the data from the MOU’s annual report shows that Singapore inspections found significantly fewer deficiencies per inspection than the regional norm. After being detained in Fremantle in July, the Rena visited Singapore several times but was not inspected here.

The maintenance of good order at sea requires the promotion of maritime safety and security and the protection of the marine environment. It is in Singapore’s own interests to ensure that sub-standard and unsafe ships do not call at its port.

Sam Bateman is an adviser to the Maritime Security Programme at the S. Rajaratnam School of International Studies (RSIS), Nanyang Technological University. He is a former Australian naval commodore with research interests in regimes for maritime safety and security.