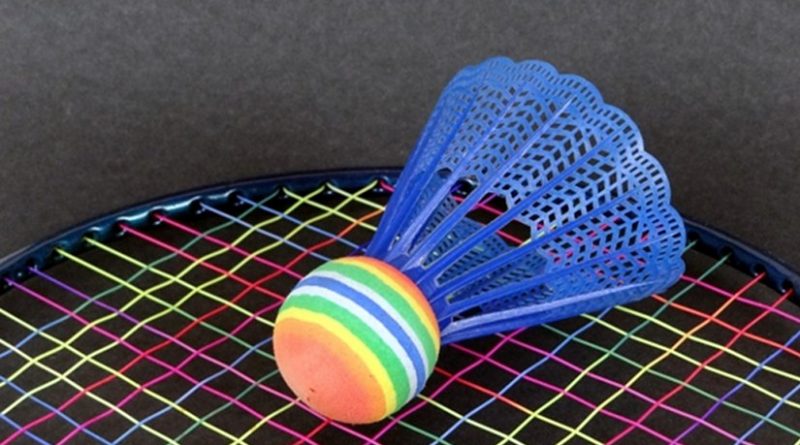 If the sudden and gruesome end of Libyan strongman Muammar Gaddafi put a scare into the Kremlin, they aren’t showing it. Just one day after the stomach-turning photos and videos exploded onto global social media, President Dmitry Medvedev’s video blog featured a new update that was unsurpassed in its innocuousness: a friendly badminton match between him and Prime Minister Vladimir Putin.

Leaving aside the very real international legal violations presented by the ungraceful final hours of Gaddafi, the Russian response – if that’s what it was – represents only the latest chapter in a long string of absurd stunts and political theatre, handcrafted with great care and attention to detail by the chief ideologue, Vladislav Surkov. For years now these stunts have revolved around core narratives, from “Putin’s Plan” to “Sovereign Democracy” to “the balance of the Tandem,” which gave a sense of motion and an illusion of depth to each political season.

But with the resumption of Putin’s role as president, an announcement that came across as a foregone conclusion rather than the choice of the people, Surkov’s grand narrative made a forced detour. Left without a new story to tell and without an ambitious ideological project for the next Putin presidency, there is reasonable concern that these elaborate imitations of normality bring diminishing returns.

Several incidents indicate rising levels of displeasure and even ridicule among the public. There was Medvedev’s staged appearance last week at Moscow State University’s journalism department – an event at which journalists were excluded, a selected crowd of youth supporters were imported, and students were detained for holding up signs supporting the political prisoner Mikhail Khodorkovsky. Public anger grew as the news spread about the arrests, interpreted as Medvedev’s inability to face the reality of normal interaction with citizens. There was something usually sharp about the irony of Medvedev talking about his plans to open a Facebook page while at the same time attempting to tightly control his event.

“We, students, alumni and staff of the Moscow State University are outraged by the events that occurred on 20th of October during the visit of President Dmitry Medvedev to the Faculty. We demand an apology from Dmitry Medvedev and we want to ensure that this situation does not occur in the future,” a student petition to faculty dean Yelena Vartanova and President Yasen Zasursky read, as reported by The Moscow News.

Added Moscow Carnegie Center analyst Nikolai Petrov: “The visit to Moscow State was a genuinely negative experience for the president. The best thing now is for Medvedev to not get in United Russia’s way so they can get at least 50 percent of the vote.”

There was also a minor kerfuffle surrounding the “Scuba Putin” publicity stunt in which the Prime Minister was miraculously able to discover valuable underwater treasure in five feet of water. When it was finally admitted to the press that the ancient Greek urns were planted there for him to find, and further, the disclosure that Putin himself insists on regularly arranging these manly photo ops, there was more disappointment with his vanity than the anger that was directed toward Medvedev (then again, that’s probably why they decided not to bother using him as a placeholder for the presidency again).

On top of these incidents, the latest “Badminton Doctrine” seems to fall flat. It becomes difficult for citizens to take their president seriously, as he waxed poetic on the global migration of the game, and its benefits to “…hand-eye coordination, precision, reaction, and also to deal with life’s challenges. One can’t help but feel that Surkov has jumped the shark on the own dark instruments of his trade (On Twitter, The Independent’s Moscow correspondent Shaun Walker lamented that the video’s quality of “self-humiliation” was painful to watch).

But this misses “badminton’s” scariest feature: intentionality. Surkov has an impeccable sense of timing, and good reasons to produce these follies. The badminton video is supposed to be silly and innocuous; we are supposed to have the reaction that we have. You aren’t supposed to really believe that Putin can hunt tigers, dive for treasure, fly planes and get the girl – you are supposed to be entertained and be told who is in charge.

In a remarkable profile article of Surkov written by Peter Pomerantsev in the London Review of Books, the presence of these elaborate publicity stunts and political theatre drives right to the heart of the profound contradictions of modern Russia:

“In Soviet Russia you would have been forced to give up any notion of artistic freedom if you wanted a slice of the pie. In today’s Russia, if you’re talented and clever, you can have both. This makes for a unique fusion of primitive feudal poses and arch, postmodern irony. A property ad displayed all over central Moscow earlier this year captured the mood perfectly. Got up in the style of a Nazi poster, it showed two Germanic-looking youths against a glorious alpine mountain over the slogan ‘Life Is Getting Better’. It would be wrong to say the ad is humorous, but it’s not quite serious either. It’s sort of both. It’s saying this is the society we live in (a dictatorship), but we’re just playing at it (we can make jokes about it), but playing in a serious way (we’re making money playing it and won’t let anyone subvert its rules). A few months ago there was a huge ‘Putin party’ at Moscow’s most glamorous club. Strippers writhed around poles chanting: ‘I want you, prime minister.’ It’s the same logic. The sucking-up to the master is completely genuine, but as we’re all liberated 21st-century people who enjoy Coen brothers films, we’ll do our sucking up with an ironic grin while acknowledging that if we were ever to cross you we would quite quickly be dead.”

Pomerantsev hits the nail on the head, and so long as there is enough pie to go around, we can expect no end to the theatre of the absurd in Russian politics. But my sense is that it is becoming much less funny, and much more disappointing with each new gaffe, and that the suspension of disbelief required to enjoy such a show is on the wane.

James Kimer is a Washington DC-based web editor and social media consultant. He writes for RobertAmsterdam.com among other online publications with a focus on emerging markets. James holds Masters in Journalism and Latin American Studies from New York University.