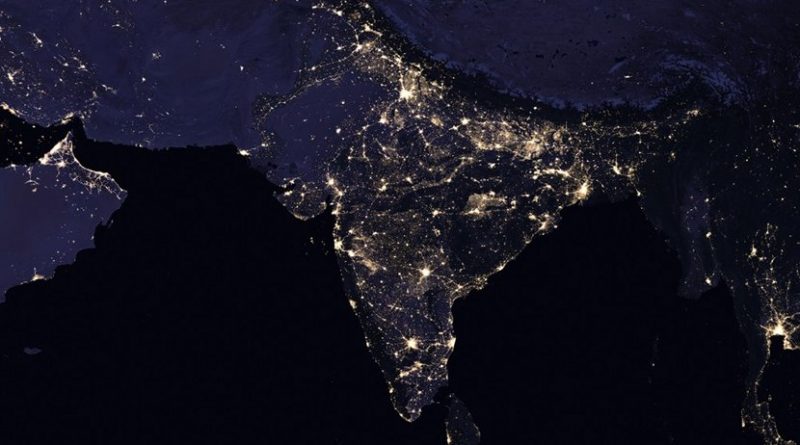 The politics of South Asia have always cast a shadow over the economics of the region, making it a tariff-ridden jumble of impossibilities rather than a neighbourly place of opportunities.

Connectivity is abysmally low, information flows even lower and hidden duties are high, fragmenting a region already dotted with isolated and landlocked areas.

Nowhere else, perhaps, is proximity such a curse as in South Asia where countries actively discriminate against each other on trade. The South Asian Free Trade Agreement of 2006 is undermined by long “sensitive lists,” restricting almost 35% of intra-regional trade.

Numbers have a way of waking governments and entrepreneurs up – even if momentarily – to see the tremendous cost of not trading freely with each other.

If things were normal trade among South Asian countries would be $67 billion not a mere $23 billion. More trade could lead to more trust, which would lead to more understanding to create a virtuous cycle.

In 2015, intra-regional trade as a share of regional GDP was less than 1% — the lowest in the world. Compare that to nearly 10% for East Asia and the Pacific. Latin America and the Caribbean did better at 3%.

Similarly, intra-regional trade accounted for only 5% of South Asia’s total trade while it was 50% of the total trade in East Asia and the Pacific and more than 20% for Sub-Saharan Africa. Surely, something is wrong with this picture.

The figures are from a recently released book titled, A Glass Half Full: The Promise of Regional Trade written by a team led by Sanjay Kathuria, lead economist for South Asia in the World Bank. The book takes a comprehensive look at regional ground realities and should be a “must read” for trade officials in South Asia.

It’s exhaustive in its research and analysis, using focus groups, surveys, stakeholder interviews and new data to make the case for more integration in a region that still has 33% of the world’s poor and 40% of the world’s stunted children, as Kaushik Basu, professor of economics at Cornell and the former chief economist for the World Bank, reminds in the foreword.

Why should Sri Lankans pay $1.23 for a dozen eggs when the price in India is $0.91? The same goes for potatoes. Meanwhile, prices for eggs and potatoes in Bangkok, Hanoi, Jakarta and Kuala Lumpur are comparable because of better links and flow of goods.

Why should India discriminate against imports from South Asia when it puts fewer restrictions on imports from the rest of the world by comparison? Protectionist measures in Nepal against regional imports are the highest.

The two elephants in the room are of course, India and Pakistan, and their tortured history. The debilitating dynamic between the two largest countries in the region makes a breakthrough very difficult. Politics always intervene.

Some key statistics bear repeating. Trade between India and Pakistan is only $2 billion but it could be $37 billion if there were no artificial barriers, according to the book.

The writers keep their distance from politics but one could argue that even the Pakistan army stands to make more money from more trade since it has a finger in many sectors of the economy.

Pakistan’s civilian leaders in the past have tried to open doors to more trade only to be held back by domestic industry fears of being overwhelmed by competitive Indian products. Concerns raised by Pakistan’s pharmaceutical, auto and agriculture lobbies managed to dampen the enthusiasm of the Nawaz Sharif’s government, sending the idea back into the box.

Kathuria says there are ways to deal with the India-Pakistan concerns in serious trade negotiations – backload the opening of sensitive sectors and give time to domestic industry to catch up. Decide on what’s fair – 10 years or 15 years – but the two sides need to start talking because the cost of not normalizing trade is very significant.

“Trade doesn’t have to be dictated by politics,” Kathuria told me in a telephone conversation. Just look at China-Taiwan trade or even India-China trade. “Our analysis shows that trade can play a ver important role in building trust. South Asian countries have not allowed that to play out.”

He advises a slow, systematic, low-key approach and building incrementally. Indian and Pakistani technical teams, for example, can meet to discuss food safety standards and try to bring down real and perceived barriers. This is already happening, for example, between India and Bangladesh.”

“I don’t see anyone raising objections to that and it would have a significant impact. No one is talking of producing a NAFTA overnight,” Kathuria says, referring to the North American Free Trade Agreement, which was recently renegotiated as the United States-Mexico-Canada Agreement.

A bright spot in a disconnected region is the Sri Lanka-India air connectivity. Colombo was quick to see the potential of tourism from India and an air travel agreement has allowed 14 Indian cities to be connected to the Sri Lankan capital with 147 flights every week.

Pakistan has only 10 flights to Sri Lanka while Bangladesh has just six. The recommendation is not to wait for open skies agreement to begin liberalization in the air.

The idea is to start modestly – the book examines the weekly “border haats” on the India-Bangladesh border and the immense impact they have had on the lives of ordinary people, especially women, to say nothing of the good will generated.

The authors recommend scaling up the initiative and Kathuria suggests trying it out with Pakistan on the Wagah border.

India’s leadership is critical “to deepening trade and reducing the trust deficit ” because others worry about its size and economic might. , India has a trade surplus of $15 billion with the region despite all the problems.

India must increase its imports from the region from 0.6% of total imports and incentivize Indian companies to invest more in South Asia.

“One has to have oodles of optimism to work in this space in South Asia. You can’t give up from the development standpoint. Some day the decision makers will see that the costs have become unacceptable,” Kathuria says.