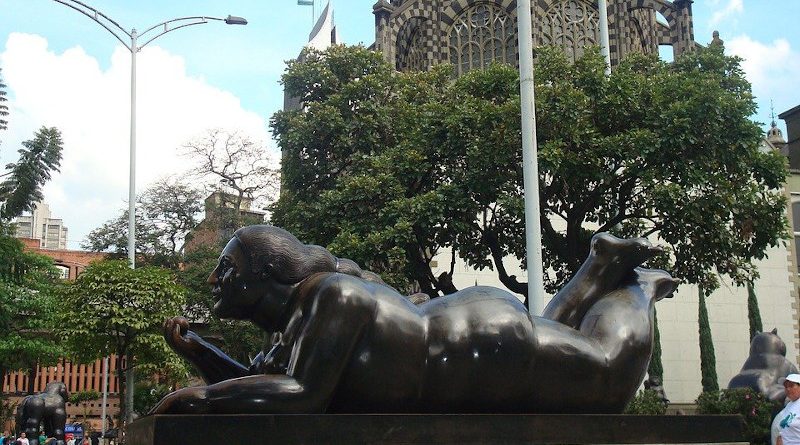 Spain’s Ministry of Industry, Trade and Tourism, through the State Mercantile Enterprise for the Management of Tourism Innovation and Technologies (Spanish acronym: SEGITTUR), will export the model of the Smart Tourist Destination to Colombia, where it will start to work with the city of Medellin, to convert it into a smart tourist destination.

Medellin, the capital of the region of Antioquia in Colombia and the second largest city in the country, has more than 2.5 million inhabitants and has gone through a great transformation in recent years, which has led to its recognition as the most innovative city in the world by the Wall Street Journal, thanks to its drive for technological, cultural and educational solutions, which reflect the entrepreneurial and thriving culture of its people.

The City Council of Medellin, through the enterprise ‘Plaza Mayor Medellín Convención y Exposición’, has committed to SEGITTUR, given its extensive experience in the project, since the methodology of Smart Tourist Destination of the State Secretariat for Tourism has been acknowledged by such international bodies as the UNWTO, the OECD, the European Commission and the Inter-American Development Bank.

For the President of SEGITTUR, Enrique Martínez, “it is both an honour and a great responsibility to be able to help Colombia’s second city on this path to becoming a smart tourist destination, which gives it a series of edges, such as its enhancement as a destination through innovation and digitalisation, thus increasing its competitiveness, an improvement in the efficacy of production and supply processes and a boost to sustainable development in its three strands: environmental, economic and social-cultural.

For the Under-secretary of Tourism of Medellin, Ledys Vianey López Zapata, “this is a novel commitment to change the management model of the destination, which is in line with the proposal to turn Medellin into the Software Valley and democratise the use of technology as a driver of development. The implementation of this model will allow us to position the city as an attractive destination with the capacity for transformation, which guarantees the sustainable development of companies and of the population, promotes the generation of economic revenue, bolsters the reactivation of the tourism sector and leads to its consolidation as an innovative region”.

In order to carry out this work, the SEGITTUR team has already held its first working meeting to initiate the project with local leaders of Medellin, at which they explained what it means to be a smart tourist destination, the work methodology and the roadmap to follow in the coming weeks.

The work will begin with the analysis of all the information on the city in relation to the five pillars that make up the methodology, which span governance, innovation, technology, accessibility and sustainability.

Subsequently, a series of interviews will be given with the leaders of the different departments of the city council, and with other bodies directly or indirectly related to tourism, since the smart tourist destination project seeks to involve everyone, given that tourism is a particularly cross-cutting sector.

All this work will be structured based on the methodology of the Smart Tourist Destination of the State Secretariat of Tourism, in which more than 400 requirements are assessed linked into the five pillars mentioned above that make up a smart tourist destination: governance, innovation, technology, accessibility and sustainability.

The result of the meetings, together with the analysis of the information provided by all the parties involved will serve to evaluate the degree of compliance of Medellin in each of the areas, which constitute the basis for the preparation of the diagnostic report and action plan for its conversion into a smart tourist destination.