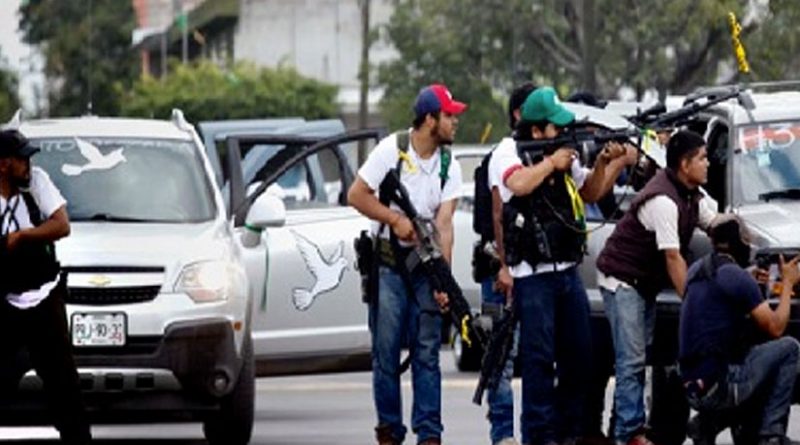 US President Donald Trump said that his administration will begin designating Mexican drug cartels as terrorist organizations, citing their role in narco- and human trafficking, and refused to rule out military action.

Asked whether that designation means he would “start hitting them with drones and things like that,” the US president refused to elaborate: “I don’t want to say what I’m going to do, but they will be designated.”

“I have been working on that for the last 90 days,” he said in an interview with conservative pundit Bill O’Reilly that aired on Tuesday. “You know, designation is not that easy, you have to go through a process, and we are well into that process.”

“Look, we’re losing 100,000 people a year to what’s happening and what’s coming through Mexico,” he said, referring to deaths linked to the drug trade. “[The cartels] have unlimited money, because it’s drug money, and human trafficking money.”

Outraged by the prospects of a US military intervention, Mexican President Andres Manuel Lopez Obrador, told reporters on Monday: “We will never accept that, we are not ‘vendepatrias’ [nation sellers],” while the country’s foreign relations minister said it would be “unnecessary and inconvenient.”

Trump’s rhetoric on drug traffickers sharpened earlier this month after cartel-linked gunmen killed a family of nine US citizens in a grisly ambush in northern Mexico, after which he said it was “time for Mexico, with the help of the United States, to wage WAR on the drug cartels and wipe them off the face of the earth.” The Mexican government was hesitant to take up the offer, however.

Though engaged in a low-level military conflict with cartels for years in some areas of the country, Mexican officials have recently sought a more peaceful approach and negotiations. In October, the government was forced to release the son of Sinaloa cartel leader Joqauin ‘El Chapo’ Guzman and insisted it was the right move, arguing that previous strategies only “turned this country into a cemetery.”

With Mexico’s reluctance to back Trump’s vision of an unrelenting war on cartels, many wondered whether Washington would launch the mission anyway, bringing a bit of “shock and awe” to the war on drugs.