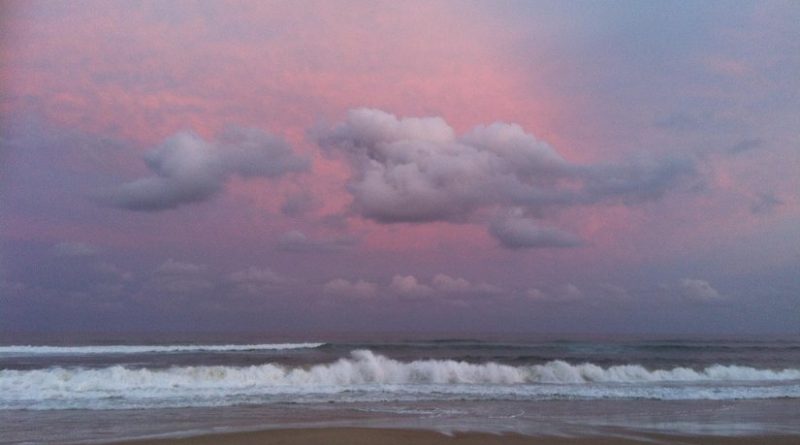 All over the planet, every day, oceans send plumes of sea spray into the atmosphere. Beyond the poetry of crashing ocean waves, this salt- and carbon-rich spray also has a dramatic effect on cloud formation and duration.

In a new paper published this week in the journal Proceedings of the National Academy of Sciences, Colorado State University atmospheric scientist Paul DeMott finds that sea spray is a unique, underappreciated source of what are called ice nucleating particles. These microscopic bits make their way into clouds and initiate the formation of ice, affecting the clouds’ composition.

“The presence of these particles is critically important for precipitation and the lifetime of clouds, and consequently, for their radiative properties,” DeMott said.

Added Nick Anderson, program director in the National Science Foundation (NSF) Division of Atmospheric and Geospace Sciences, which funded the research: “The development of clouds and precipitation is a core issue for understanding weather and climate processes. By studying ice nuclei, which can be considered a building block for clouds, these researchers will help piece together the puzzle of how clouds and precipitation form, especially over remote oceanic regions.”

Clouds cover 60 percent of the Earth’s surface at any given time. With their ability to reflect solar energy and absorb terrestrial radiation, clouds have dramatic effects on climate.

That ability is greatly influenced by the number, size and type of droplets and ice particles they contain. These cloud particles come from aerosols — particles suspended in air — from land and ocean surfaces.

From desert dust to fossil fuels, aerosols that affect clouds are everywhere.

The study has confirmed that ice nucleating particles from oceans are distinct — both in their abundance and ice-making properties — from land-sourced particles. Hence, their influence on the liquid-to-ice phase structure of clouds, and the clouds’ radiative characteristics, can differ over vast swaths of Earth.

The laboratory portion of the study was conducted with other researchers at the NSF-supported Center for Aerosol Impacts on Climate and the Environment (CAICE), at which DeMott is a senior scientist.

Based at the University of California-San Diego, CAICE has laboratory wave flumes that simulate how ocean waves send sea spray aerosols into the air.

Researchers can study the biological and chemical makeup of these particles, as well as the transformations they undergo, and use special instruments to see how they influence cloud formation. DeMott and colleagues compared these data to other measurements made over oceans.

The study offers one explanation for why global climate models have consistently underestimated reflected, short-wave solar radiation in regions dominated by oceans, particularly in the southern hemisphere.

“Our paper gives a clearer picture of the behavior of major classes of atmospheric aerosols in clouds,” DeMott said.