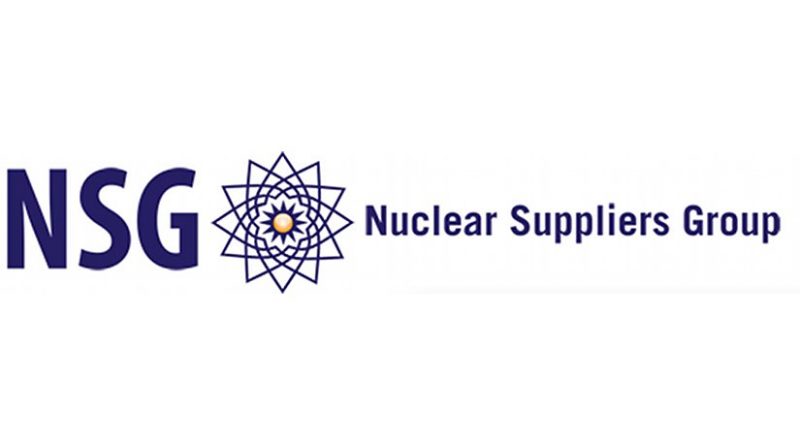 India conducted it’s first nuclear test in May, 1974 and prompted the seven most powerful nations of the world, i.e. US, UK, Germany, France, Canada, Japan and Soviet Union, to regulate the export of nuclear material meant for peaceful purposes.

It is pertinent to mention here that plutonium that was used in the said nuclear test was produced by India in a reactor that was supplied by the US and Canada. The plutonium used in the Indian test had been produced in a reactor supplied by the US and Canada on the assumption that it would be used only for civilian purposes. Although, India termed the said nuclear test as Peaceful One, but it was suspected that India was maintaining a nuclear weapon program.

It was in the wake of the above-said incident that constitution of such a group was felt necessary that could control the export of such material and technology that could be used in building of nuclear weapons; therefore, the Nuclear Supplier Group (NSG) was formed. The members of NSG aim to facilitate only the export of such nuclear material and technology that is intended for peaceful purposes. It is worth mentioning that NSG’s export control regime is not based on any treaty, rather it is politically binding. Its activities mainly revolve around the coordination of national export controls based on appropriate guidelines. Member states of NSG also exchange information related to enforcement of export controls.

The Nuclear Non-Proliferation Treaty (NPT) is also a point of reference for NSG’s work, which on one hand permits the peaceful use of nuclear energy, but on the other restricts and prohibits such support to non-nuclear weapon states that could help them in building a nuclear weapon. Member states of NSG consider NPT as its strength.

Member states of NSG are also endeavoring to expand its membership. It has been seen that India is trying its best to join the group, despite the fact that it is not a signatory. If India is granted entry to join the group, it would definitely change the nature of NSG. It is for this reason that the membership of India is being considered as a test case for the members of NSG, and would settle the question over whether NSG would remain an international group that is committed to adhere to the goals of NSG or it is a mere group of states that are engaged in the export of nuclear materials.

Entry of a country into NSG depends upon the following five factors, i.e., capability of a country to supply the goods enumerated in the guidelines of NSG, demonstration of willingness of a country to apply guidelines of NSG, existence and proper implementation of legally binding national export control regime in line with the rules of NSG, membership of NPT or comparable regional treaty and adherence to its rules and manifestation of willingness to support international efforts of non-proliferation of WMDs. Apart from the factors as aforementioned, certain other elements such as prestige, economic aspects and matters of nuclear safety and security are also considered while granting entry to a country to NSG.

There are a lot of questions regarding the membership of India in this group. It is believed that granting entry to India would be tantamount to separating NPT from NSG, and if India is granted entry into NSG, despite the fact that it is a nuclear armed state and is not a signatory of NPT, it would create more resentment among states that consider NSG an illegal instrument of the developed and industrialized countries, and an attempt on their part to refuse less developed countries the significant technologies.

The said argument advanced by these countries seems reasonable as, repeatedly, statements have been given on behalf of NSG that NPT is the point of reference for the export control activities of the group. Extending membership to India would, therefore, definitely lose the credibility of the group, because it would contradict the consistence stance maintained by the group since its creation.

There are also a number of factors that are likely to reduce the credibility of group, if India is granted entry into it. For example, India is continuously producing (and would continue to produce) fissile material unlike US, UK, France and Russia as it has not yet signed (and does not seem willing to sign) the Comprehensive Test Ban Treaty (CTBT).

Further, it also appears that India would not contribute to strengthen the export control guidelines, if granted entry into the group. From the above, it can be concluded that the credibility acquired by the group for past few decades would be lost, if India is given a chance to enter into the group in violation of criteria so established by the group. Therefore, members of the group should stick firmly to the criteria of NPT while considering entry of India into NSG, and the question of membership must be based on consistent criteria to maintain the credibility of the group.

*Ali Raza is a visiting faculty member at Air University, Islamabad. He holds masters degree in Strategic and Nuclear Studies (S&NS) from National Defense University, Islamabad. His area of research includes Strategic Stability, Arms control and disarmament and Non-Proliferation. His opinion articles appear in national and international newspapers, blogs and websites. He can be reached at [email protected]