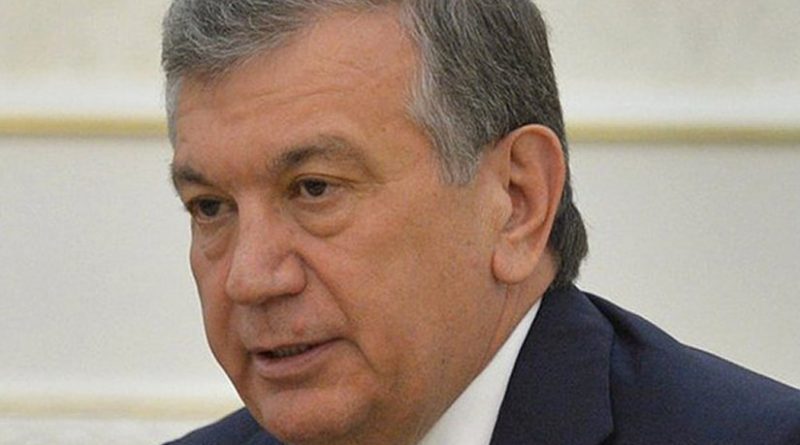 In response to an invitation by Uzbekistan’s Foreign Ministry, I had visited Tashkent as an observer to monitor the presidential election held on 4 December 2016.

To play the role of an international observer, without being repetitive and arriving at a stereotypical conclusion, is not an easy task. Yet the task was challenging and a meaningful learning experience.

The snap presidential election was held on 4 December 2016 at 9939 polling stations in 14 electoral districts (between 0600 to 1800 hours). The Central Election Commission of Uzbekistan (CEC) said that the elections were being conducted in full compliance with the national electoral legislation and the democratic principles of transparency, openness and fairness.

Around 600 observers and media representatives from the OSCE/ODIHR, CIS, SCO, OIC, Association of World Election Bodies, and from 50 countries were accredited to observe and report on the elections.

I had the chance to visit three polling stations in Bukhara and eight in Samarkand to observe the preparation for elections and ballot casting. By all accounts, the conduct of the elections was flawless. They were well organized from the technical angle and held in a festive atmosphere. There was no doubting that the electoral process was open and transparent. The electoral roll was displayed at each polling station and voters cast their ballots in the box kept in front of observers.

Special arrangements were made to get the votes of seriously ill voters from their residences. Another feature this time (as told) was the provision for convicted persons to cast their votes. The voter’s ID card was checked but no ink mark was applied to the index fingers of voters as happens in India. The voter turnout was high at all polling stations.

Observers were allowed to see all stages of the electoral process. One could not fully judge the level of transparency but observers of major organizations had received copies of the protocols and vote counts. The CEC held briefing sessions/video conferencing with all 14 district electoral commissions that were open to observers and the media. Every foreign observer had to sign a register kept at the polling stations s/he visited as well as record opinions, observations and suggestions.

One of the more positive facts of the elections was the peaceful conduct of the polling. No incidents of violence or complaints were filed with the CEC.

According to the CEC, the election was competitive; candidates were given reasonable and equal time and space in the mass media to air their party programmes. Every candidate was provided with space for 642 billboard signs displayed across the country and equal access to 36 electronic screens to relay campaign messages. Besides, the CEC had carried out a comprehensive information campaign encouraging the public to participate in the poll.

The preliminary results were announced on 5 December 2016. The CEC said that 17.9 million out of 20 million voters cast their ballots.

In the past, Western observers never considered Uzbek elections as free and fair. Every election was considered a sham – organized only to legitimize the incumbent who always received more than 90 per cent of the vote. However, this time around, the OSCE/ODIHR Mission and some independent media that widely monitored the election process thought that there was a marked improvement in terms of campaign visibility and outreach even though the political parties followed a uniform campaign strategy and refrained from criticizing either the policies of the government or each other.

In his interim report, though Peter Theiler, the head of the OSCE, did not cast doubt on the elections, he did underscore “the need for comprehensive reforms” and administrative accountability to strengthen Uzbekistan’s democratic governance. In contrast, the monitoring missions from the CIS and SCO termed the election as open and democratic. The Russian Electoral Commission also lauded the poll. Large contingents of observers were seen from China, Russia and other former Soviet States. Overall, international observers praised the CEC for the professional conduct of the elections.

While it was rather difficult to delve into the depth of the country’s internal dynamics, the overall impression one got was that the democratic process is making marked progress, albeit as per Uzbekistan’s own political ethos and traditions. However, it was widely understood that Shavkat Miromonovich Mirziyoyev was the odds-on favourite. He had long been touted as a potential successor to Karimov, along with the Intelligence Chief Rustam Azimov and Karimov’s eldest daughter Gulnara Karimova.

Mirziyoyev was at the helm of affairs as Prime Minister for 13 years and had the widest experience of governance. Therefore, he was the most qualified candidate to be the country’s new leader. During his three-month tenure as interim President, Mirziyoyev is said to have undertaken some reformist steps that may have boosted his popularity at home and abroad. Among other things, he opened to traffic the street passing by former President Islam Karimov’s official residence in the centre of Tashkent. He has set up an online portal for citizens to lodge direct complaints to the government. Importantly, he has liberalized the country’s most unpopular policy of controlling the currency market. To ease social discontent, Mirziyoyev had promised to revive the economy, focus on housing, attract foreign investment, simplify business registration and fight corruption. He has promised to double the country’s economy by 2020. An important sign of his reform measures included the release of 72-year-old Samandar Kukanov, an opponent whom Karimov had imprisoned 23 years ago.

On the diplomatic front, Mirziyoyev reversed Karimov’s unpopular policy and reached out to the neighbouring states to reduce inter-state tensions. Regular flights between Uzbekistan and Tajikistan are set to resume from January 2017 after a gap of 24 years. It seems that border demarcations with Kyrgyzstan and Kazakhstan are on the cards. Mirziyoyev had also ordered that the country’s border be kept open during the campaign period, and allowed the OSCE to send a full-scale mission to observe the campaigning.

Some critics believe that such populist measures were simply aimed at gaining legitimacy at home and abroad. And Mirziyoyev did instantly receive support from Moscow as well as from the leaders of neighbouring Central Asian states. Some independent experts suspect that these measures would be short-lived because there will always be a ‘security’ pretext to tighten control – a method that Islam Karimov applied for nearly three decades to stay in power. In fact, analysts say that Mirziyoyev will prove even more brutal and repressive than Karimov against potential political rivals.

One intrinsic aspect of the political system in Uzbekistan is that it revolves around the intricate interplay of major clan-regional networks that effectively influenced the country’s economic and commercial interests. Given that the strength of Uzbekistan’s economy stems largely from domestic production capacities, social and economic factors play a key role in shaping the country’s political scenario. Here again, like in the case of Islam Karimov, Mirziyoyev comes from the same powerful Samarkand-Jizzakh clan. The other major clan/regional groupings that influence politics are Tashkent, Ferghana, and Kashkadaria. Although the system appears opaque, it remains the key to anchoring the state and society.

The clan-regional solidarity is said to be powerful enough to outwit any other form of social mobilization including throughreligious solidarity – one reason why the country is insulated from protest movements despite the strong presence of Islamists in the region. In fact, it was widely expected that Karimov’s death would trigger a wave of internal instability that could be exploited by Islamists such as the Islamic Movement of Uzbekistan (IMU), Hizb-ut-Tehrir (HuT) and Turkistan Islamic Party (TIP) and others that are well entrenched in Uzbek society and were using violence to create an Islamic caliphate for decades. In fact, the Ferghana Valley has been the breeding ground for radical Islam as many battle-hardened Uzbek fighters had joined the ranks of the Taliban, Al-Qaida and Islamic State (IS). Hundreds of Uzbeks are said to be fighting along the Al Nusrah Front and IS. The IMU’s chief based in Waziristan had declared his allegiance to IS in 2014.

But the transition of power has been smooth without any sign of internal feud. This comes after the death of former Turkmen President Saparmurat Niyazov which also resulted in a smooth leadership transition. It seems also clear that despite the opacity of Central Asian politics, the course of political change in the region is likely to be smooth which is also essential for peace and stability within and outside Central Asia.

Views expressed are of the author and do not necessarily reflect the views of the IDSA or of the Government of India. Originally published by Institute for Defence Studies and Analyses (www.idsa.in) at http://idsa.in/idsacomments/leadership%20change%20in%20Uzbekistan_pstobdan_26122016