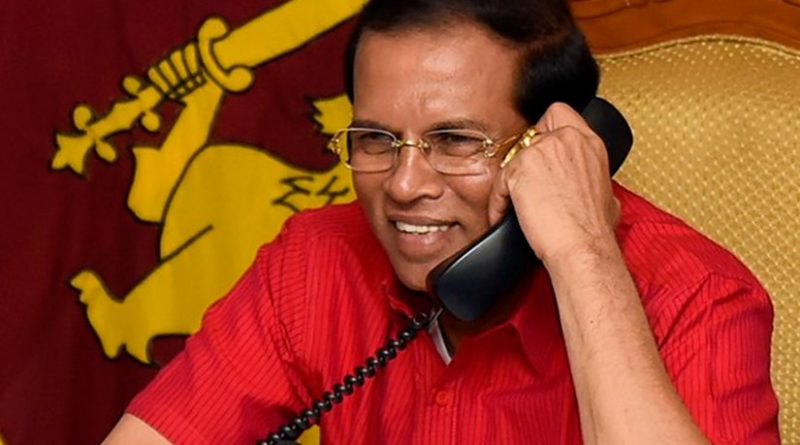 “No foreign policy – no matter how ingenious – has any chance of success if it is born in the minds of a few and carried in the hearts of none.” — Henry A Kissinger

7 December this year marks the 75th anniversary of the Pearl Harbour attack – a reminder of a history of imperialism and fascism, and how the world order moved toward bipolarity with the onset of the Cold War. Now, China and many other countries, some with nuclear weapons capabilities, are emerging as the new powers in a multipolar world. According to Professor Amitav Acharya of the School of International Service, American University, “a multi-polar world includes many powerful individual groups apart from governments.” The US however remains a superpower. Its foreign policy could undergo dramatic adjustments with President-elect Donald Trump’s administration. His recent phone call to the Taiwanese leader Tsai Ing-wen – not a standard practice since 1979 – has hinted at this change.

In a threatened neo-liberal world order, Sri Lanka should craft its foreign policy to suit the international environment of the day. Sri Lanka was a founding member of the Non-Aligned Movement (NAM). During the period when smaller nations had to commit allegiance to either the US or the Soviet Union, Sri Lanka’s first women Prime Minister, Sirimavo Bandaranaike, showed courageous leadership to the world, and her foreign policy was guided by a combination of interests, values and power.

Today too, President Sirisena’s government has balanced the country’s relations with the west and the east. The Asia-centric foreign policy spelled out by the president clearly prioritises relations with Asia while balancing the rest. Sri Lanka has a policy of equidistance with global powers including India, China and the US. While gaining support from foreign governments, the Sri Lankan government should also reach out to the three million-strong Sri Lankan diaspora, which includes Sinhalese, Tamils and other ethnic groups who live overseas.

The term ‘lobby’ in this case implies a loose coalition of individuals and organisations who actively work to achieve a positive outcome for their nation of birth. A lobby might not be a unified movement with a central leadership, and individuals within the coalition might also disagree on certain issues. Certain sections of the Sri Lankan Tamil diaspora are still engaged in lobbying for a separate homeland, ‘Eelam’. A diaspora has the ability to maneouvre the nation’s policy so that it advances their interests. Voting for candidates, writing and commenting, making financial contributions and supporting individuals who could contribute to achieve their goals are among the diasporas’ key functionalities.

Sri Lanka’s diaspora is pivotal for three reasons. First, a Sri Lankan diaspora that is re-aligned with the county helps to project the country’s positive image. What is therefore required is a re-alignment strategy that opens strong communication channels for whoever is disconnected from Sri Lanka for various reasons. Second, the diaspora could act as a powerful lobby, hitherto an untapped asset. Third, the diaspora could contribute to economic prosperity if Sri Lanka opens its doors to expatriates with professional expertise to join the ailing government enterprises and assist other sectors of the economy and to bring investments.

To benefit from the support and strength of the diaspora, Sri Lanka can learn a lot from Israel. The Israeli diaspora is a much larger and powerful group that receives huge donations and assistance from the US. This diaspora also acts as a lobby group and exerts influence on US foreign policy. The Chicago School scholar, John Mearsheimer, and Stephen M Walt of Harvard University’s John F Kennedy School, have brilliantly explained this in their book, ‘The Israel Lobby and US Foreign Policy’: “Israel receives about $3 billion in direct foreign assistance each year, which is roughly one fifth of America’s foreign aid budget. In per capita terms, the United States gives each Israeli a direct subsidy worth about $500 per year. This largesse is especially striking when one realizes that Israel is now a wealthy industrial state with a per capita income roughly equal to South Korea or Spain.”

The overseas Indian diaspora is yet another example of a group that contributes immensely to the Indian economy, especially through the Information Communications Technology (ICT) sector. Indians account for the second largest student population in the US, after the Chinese.

The Sri Lankan diaspora too can become a positive force. The communal riots in Sri Lanka’s history led to a brain drain. Even today, many youngsters are leaving the country because of political uncertainty and weak economic conditions. The emigrating population is in fact a loss of wealth and resource for the nation. The diaspora should be transformed into a valuable lobby group instead of spending millions on lobby firms.

It is important for Sri Lanka to take strategic steps in readjusting its foreign policy in a multipolar world, and these steps should include an important role for the Sri Lankan diaspora. Rather than wasting resources on projects like building the tallest Christmas tree in the world and re-painting the yellow pedestrian crossing lines to white in the name of beautifying cities, it is important to focus on critical issues facing the common people and the nation.