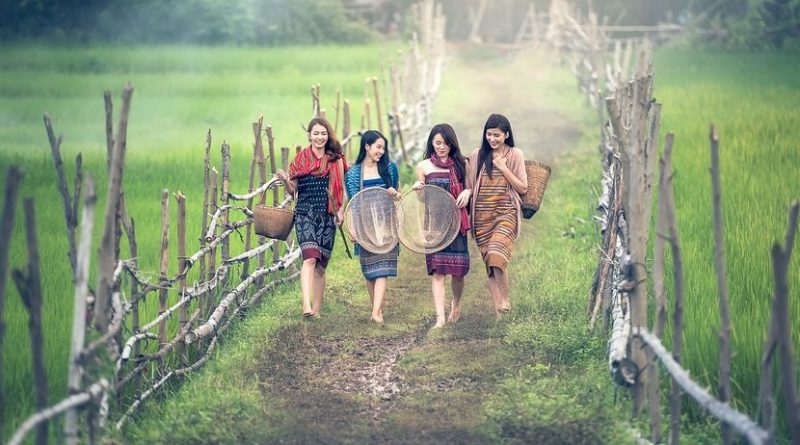 The recent launch of the ASEAN Women for Peace Registry (AWPR) in Cebu, Philippines is a timely move and is a reflection of a strong sense of readiness to adopt UN Security Council Resolution 1325: Women, Peace and Security (WPS) agenda in the region. But what should be the registry’s starting role?

In October 2013, the UN Security Council adopted Resolution 2122 to review the implementation of Resolution 1325. The findings of the Global Study in 2015, some 15 years after Resolution 1325 was passed, revealed that there was little progress on women’s participation in peace building, an appalling lack of funding, and only 64 countries having National Action Plans (NAP) since the resolution was passed. It also found that an increase in violent extremism presented heightened threats to women’s lives.

Two years after the Global Study, on 13 November 2017, Heads of Government of ASEAN Member States reaffirmed their regional and international commitments to eliminating all forms of violence and bias against women and girls, by adopting a joint statement on promoting the Women, Peace and Security (WPS) agenda in ASEAN.

The statement recognised the disproportionate suffering of women in armed conflict. It acknowledged that the root causes of conflict are often social injustice, gender inequality, and economic exclusion of some communities, especially vulnerable women. This could be linked to the underlying reasons for radicalisation and violent extremism.

The joint statement and commitment to greater inclusion and consultation of women is a very welcome one considering ASEAN is one of the last regional bodies to adopt the WPS agenda. However, Member States have much to do before the agenda can be realised.

According to UNWomen, from the 1990s to 2017, women constituted only two per cent of mediators, eight per cent of negotiators, and five per cent of witnesses and signatories in all major peace processes. However, it also claimed that where participation of women in peace negotiations had been active, it had resulted in a more durable peace.

Outcomes of negotiations were also easier. This is simply because where men discussed the ‘spoils of war’, women looked to economic rehabilitation, education, and transitional justice. In a nutshell, they work on how to get back to ‘living’ instead of just existing and moving along.

While these are all good reasons for the active and sustained involvement of women in reconciliation and rebuilding, there is the essentialist danger of assuming that women are innately peaceful especially from their experiences of being mothers and ‘nurturers’. There is also the assumption that women are effective coalition and network builders.

The general assumption that all women are nurturing, forgiving, and patient beings, lovers of peace and builders of nations is misleading, as demonstrated by the increased security threats posed by radicalised females in this region and elsewhere.

As a regional body, ASEAN has done much to promote and protect the rights of women through various mechanisms. All ASEAN Member States have ratified international conventions that protect women and girls and promote their rights such as the Convention on the Elimination of all Forms of Discrimination Against Women (CEDAW) and the Convention on the Rights of the Child (CRC).

In addition, the ASEAN Commission on the Promotion and Protection of the Rights of Women and Children (ACWC) has become a platform to engage in dialogue with civil society partners on issues and challenges of great concern in the region – violence against both women and children. However, the only Member States to have a WPS National Action Plan (NAP) are the Philippines and Indonesia. These plans serve to empower women.

While waiting for society at large to take a more enlightened approach, more attention must be paid to the realities of the lived experiences of women. The connection between gender inequality and social injustice and its link to conflict has already been made. Now, we need more information on how this can be addressed, at various levels of governance and at community levels, so that women can be empowered and be on their way to becoming effective peace builders.

The AWPR is an excellent move towards creating lasting peace in the region. One of the most important steps member states should now take is to think about using the registry and the expertise of its members to collect evidence-based research as a starting point.

What would happen if we acknowledged women’s views, including their day-to-day existence in times of peace, as an entry point for understanding people’s experiences in conflict? What different approaches might we take to build capacity among women peace builders that will make our peace efforts durable?

We need such types of data for capacity building in different Member States. When it comes to reconciliation and peace building, some countries soar high and some have yet to take off. A skewed gender-based understanding of the roles of women as peace builders does little to advance the AWPR or the WPS agenda.

Although ASEAN has made considerable strides in peace building, women’s roles in this need more work. Limited understanding of women’s experiences restricts their growth and progress. So, for the registry to be an important step towards building peace, it needs the necessary ‘tools’ to work its magic. It needs relevant and timely data. There is also a need for more gender-inclusive knowledge. We need greater research and sufficient and sustained funds to make that happen.

*Tamara Nair is a Research Fellow at the Centre for Non-Traditional Security Studies (NTS Centre) in the S. Rajaratnam School of International Studies (RSIS), Nanyang Technological University (NTU), Singapore. She is a Singapore member in the newly inaugurated ASEAN Women for Peace Registry.