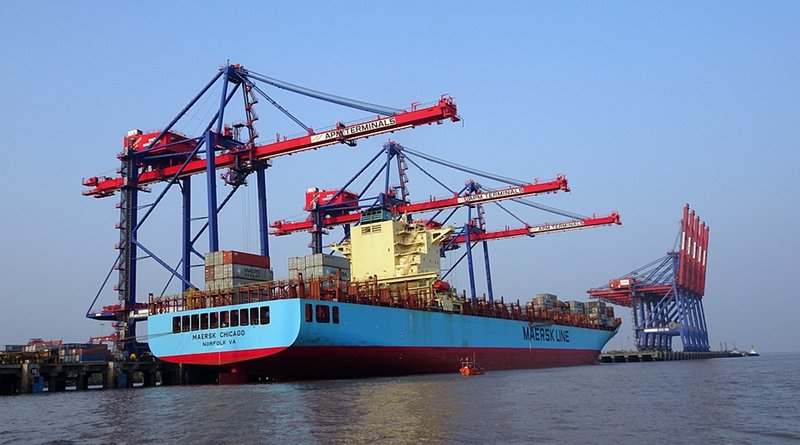 Another 26/11 has passed, a reminder of the tragic attack from the sea that maimed and tore at Mumbai. Thankfully, India seems far more actively engaged internationally now, is a part of strategic dialogues, is considering new alliances, and debating regional and bilateral trade agreements. But while the awareness relating to maritime security seems to have increased, awareness of the need for a robust and strong commercial navy is absent.

This is an important dimension, especially as India steps into the Indo-Pacific as a key player. The region is geopolitically contested, but it is also one of the most commercially vibrant sea lanes: 46% of global trade passes through these waters and 50% of India’s trade is now carried through this region, second only to the Arabian Sea’s routes. This is big business.  India’s imports of crude oil, LPG, food, coal and fertiliser supplies, which constitute the country’s commercial security –– are all carried on foreign-owned shipping vessels for an estimated freight bill of $52 billion in value annually.

There are several reasons to change the current imbalance immediately. First, an import-dependent country with no commercial shipping assets is  disadvantaged in every quid pro quo where it is granted market access. India does not have any policies that promote the use of Indian assets to carry its own cargo; so India has to pay for the carriage of cargo on the ships of other countries, in short, supporting the merchant fleet of another country.

Second, India has a home-grown asset: its human capital. Indians comprise the world’s third-largest cohort of seafarers on merchant marine vessels, a substantial number of whom work for global shipping companies.

Third, in a war-like situation, India has no home-owned ships to carry its energy and food supplies and will have to pay precious foreign exchange for exorbitant freight and insurance premiums. A country that benefits largely here is the UK, whose Lloyds Syndicates is the market leader, with approximately 20% of the $29-billion global insurance and reinsurance business. Any crisis – from piracy to sanctions reprisals – causes insurance rates to spike, sometimes unaffordably.

Fourth, Norway and China are becoming centres of financing for Indian shipping. However, Indian businessmen are buying assets in the other flags since the Chinese and Norwegian banks and financial institutions (FIs)  will not fund assets flagged in India. A vessel need not be Indian for it to provide shipping services in India and carry Indian cargo. So Indian businessmen find it convenient to take Norwegian or Chinese funding (either through debt or on lease) and flag assets outside of the Indian shipping regime and conduct their business. India subsidises the creation of these foreign assets by paying for such services.

Fifth, military navies came into existence to protect national trade and trade lanes. Today, the most aggressive players in maritime trade negotiations are the countries with the largest merchant marine fleets. The top five ship-owning economies (in terms of deadweight tons or DWT, indicating the size of a ship) are Greece, Japan, China, Germany and South Korea, with a combined controlled fleet tonnage of 1.06 billion DWT. This represents 57.9% of world merchant fleet tonnage.

India stands at 17th rank, representing 1% of world merchant fleet tonnage in DWT terms.  Sadly, according to data from the University of Bremen’s Institute of Shipping Economics and Logistics, about 36% of the Indian-owned merchant fleet is flagged outside India.[1]

India can catch up with its competitors. To be truly secure, the country needs an Indian Merchant Marine in parallel with a Military Marine. India is spending $6.48 billion in new defence capability for its navy. The Indian National Shipowners Association estimates that an expenditure of approximately $5.2 billion every year can equip India respectably with an additional merchant fleet. This is just 10% of the estimated annual freight paid to foreign ships by India’s export trade.

India’s ally, Japan, serves as an example. It invested in building a merchant fleet a decade ago. Ensured long-term contracts for movement of its imports on vessels owned by Japanese companies, it is now the third-largest in the world. It has learned the importance of having its own marine third party insurance. This enables Japanese ships the comfort of insurance against third party claims, such as pollution liabilities or collisions, which is otherwise not available during sanctions, thanks to the concentration of these services in the West.

China too has its own third-party maritime liability insurance company. Not only does this assist a country strategically, but also helps the national fleet hedge its insurance costs against unfair and inflated premiums.

Availability of funds at cheaper interest rates, knowledge about the business and a mature lease financing market have led to Norwegian and Chinese companies becoming attractive sources of shipping finance. Indian banks, on the other hand, have forcibly shrunk their marine portfolio despite this industry having the lowest non-performing assets. There are few long-term contracts on the horizon, unlike in other countries which have many of those.

To have a viable merchant fleet, India must ensure it carries at least an incremental 10% of its food and energy imports annually on ships that are India-owned. This can be built through an international competitive bidding process, but with a caveat that the carrier will flag the vessel as an Indian one. This will ensure the country a place in the global supply chain and boost the economy.

For India to truly become a player of consequence in regional trade and to make any impact in the Indo-Pacific theatre, it needs a shipping fleet, competitive and commensurate in size to carry not only its own national export trade, but also the cross-trades of other countries, thereby earning freight income for India while becoming a provider of those services.

Other countries have grown their commercial navies with appropriate and enabling policies due to the fungibility of military and commercial naval assets. This provides governments with the back-up of a commercial navy to call on whenever needed, without making major maritime investments.

In the period 2010-2018, the China-controlled fleet grew by 97%.[2]   In contrast, the government of India is looking to divest its control over the Shipping Corporation of India (SCI) and lose control of commercial shipping assets it already possesses. This reflects a lack of appreciation of the need for a nationally-controlled commercial fleet.

The Indian Navy supports the establishment of a strong merchant fleet. But only New Delhi can devise a policy more conducive to creating one.

*About the author: Anil Devli is CEO, Indian National Shipowners’ Association. A lawyer by training, he has been the executive director and president of large shipping companies.

[1] University of Bremen’s Institute of Shipping Economics and Logistics

President Donald Trump declared Jan. 22 to be National Sanctity of Human Life Day, in a proclamation signed Monday. “On