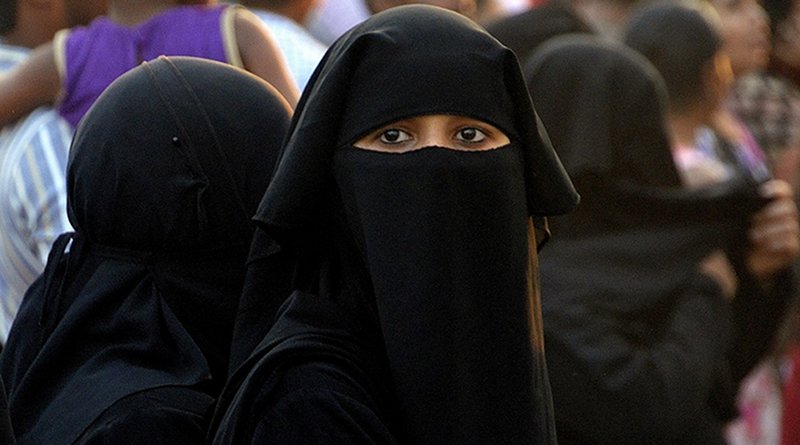 The unashamedly authoritarian regime of Prime Minister Narendra Modi has once again displayed his exclusionary fascist instinct and violated the secular principles enshrined in the amended constitution of India.  In fact, irreligious polity was never originally placed in the Indian Constitution even at the time of India’s creation. Enacted during March 1977, the controversial 42nd Amendment Bill, which mainly came up as a result of the personal ambitions of then Prime Minister Indira Gandhi declared India as a “sovereign secular socialist republic” instead of a “sovereign democratic republic.”(1) Bringing about widespread changes in its constitutional history, it primarily curtailed the democratic rights in the country by giving all-encompassing powers to the Prime Minister’s Office. As a result, the Parliament was empowered with unrestrained authority to amend any parts of the Constitution, without judicial review.

Nevertheless, was the change of the words from “unity of the nation” to “unity and integrity of the nations” (2) in the 42nd Constitutional Amendment of India meant simply to dissipate the ideological tensions at that time; especially since a shift from populist center-towards-the left was representative of the politics of the day? Or was Indian liberal democracy simply misunderstood? The demand to separate religion from the state was most pronounced in the post medieval period. The reaction of the international community after World War I, conservatism and fascism was self-evidently swayed away by liberal democracy. It however, overshadowed the inherent Indian politics of center-to-right as well.  Popping up of several issues of today were largely or entirely expected and were kept under the carpet opportunistically. These have come to the fore with the economic rise of India.

Discriminatingly defining illegal immigrants as foreigners who enter India without a valid passport or travel documents, or stay beyond the permitted time into law on religious grounds (3) is clearly either an ideological disposition of India or an original preference ever since its creation as an independent state. It actually divided the Sub-continent and essentially confirms the validity of the two-nation theory. The decay of liberal democratic system is a natural phenomenon, appropriately synchronizing into an exclusionary society nurtured aptly by a Hindu dominated society. As such it simply confirms that the Indian nation was to eventually lead to the Hinduization of India.

The Citizen Amendment Bill (CAB) was first put before parliament in July 2016. It cleared the parliament’s lower house where the BJP has a large majority, but it did not pass in the upper house, after violent anti-migrant protests in north-eastern India. According to the CAB, the amended 64-years-old Indian Citizenship law prohibits illegal migrants from becoming Indian citizens.(4)  They could be deported or jailed. The bill also amends a provision which says a person must have lived in India or worked for the federal government for at least 11 years before they can apply for citizenship.(5) Nonetheless, the most humiliating clause of the bill is an exception for members of six religious minority communities – Hindu, Sikh, Buddhist, Jain, Parsi and Christian – provided that they can prove that they are from Pakistan, Afghanistan or Bangladesh. They will only have to live or work in India for six years to be eligible for citizenship by naturalization which is a process which allows a non-citizen to acquire the citizenship or nationality of a country. The CAB is also linked to The National Register of Citizens (NRC), which is a list of people who can prove they came to the state by 24 March 1971, a day before neighbouring Bangladesh became an independent country. It also protects the non-Muslim Bengalis who migrated to Assam and are excluded from the register and face the threat of deportation. Home Minister Amit Shah proposed a nationwide register of citizens to ensure that “each and every infiltrator is identified and expelled from India”(6) by 2024.

Muslims are clearly victimized since the Bill predominantly categorizes them as those who would be deemed illegal migrants and those who can prove their identity as being from Bangladesh, Afghanistan and Pakistan. Niraja Gopal Jaya believes that the both “the NRC and CAB have the “potential of transforming India into a majoritarian polity with gradations of citizenship rights.”(7)

India is experiencing widespread opposition from all sections of its own population worldwide. The protests were particularly vocal in Assam state, which in August saw two million residents left off a citizens’ register. Illegal migration from Bangladesh has long been a concern in the state. They disregard the making of faith as condition of citizenship. The constitution of India itself prohibits religious discrimination against its citizens, and guarantees all persons equality before the law and equal protection of the law.

Full of perils, both known and undiscovered, Modi’s RSS ideology certainly lacks the ability to discern the difference between appropriate expectations regarding the domestic and international behavior of a major state and misguided, dangerous demands for global ideological conformity regrettably optimized by religio-economic preferences. The repercussions of this move would be far-reaching. The non-responsive behavior of the major powers has unfortunately emboldened Modi to couch his non-universal policy and ignore Amnesty International laws ruthlessly.