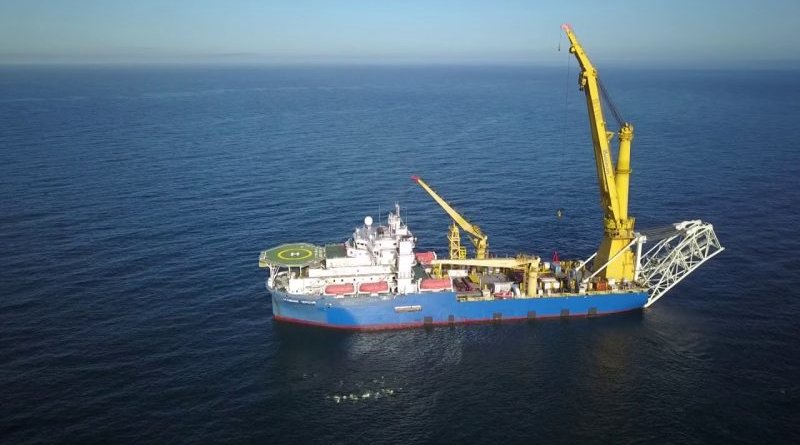 Putin spoke about the vessel to a gathering of Russian top businessmen late on Wednesday, Kommersant reported. He said, according to the newspaper, the completion of the project would be “stretched” by several months because of the sanctions.

The United States wants to sell more of its gas to Europe and has said the pipeline would make the continent too reliant on Russia, which is at loggerheads with Washington over a series of issues, including Moscow’s interference in Ukraine.

A Gazprom source said Cherskiy’s average pipe-laying speed is slower than the Pioneering Spirit but did not provide a specific estimate. According to Refinitiv Eikon data, Cherskiy is currently based in the Russian Pacific port of Nakhodka.

Before Washington announced sanctions on the companies building Nord Stream 2, Russian officials had said it would be up and running before or around the middle of 2020.

Moscow and Berlin have reacted angrily to the sanctions imposed by Washington.

“I expect the pipeline to be finished in the second half of 2020,” Peter Beyer, German Chancellor Angela Merkel’s transatlantic coordinator, told German radio earlier this week.

Speaking to Deutschlandfunk radio, Beyer said that although the sanctions would “postpone the completion” of the pipeline, he believed “alternative” solutions could be found that would nonetheless “be more expensive”.