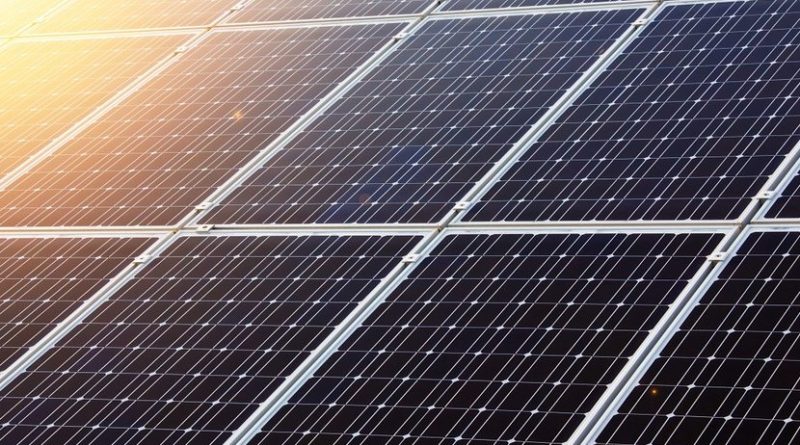 With the urgent threat of climate change, the United Nations is giving the world a ten-year deadline to make major changes. While some countries are still debating on the responsibility of the developed countries and whether they should act primarily on the issue, Morocco has already proven to the world that a country from the Global South can become a major player in the industry.

In 2018, Morocco has completed two out of four phases to what will be the world’s largest concentrated solar farm, with a total energy capacity of 580 Megawatts. Spread over 3000 hectares, Noor Concentrated Solar Power plant (SCP) is built in Ouarzazate, a city on the outskirts of the Sahara Desert in Morocco. Once completed, Noor will consist of four power stations that have the capacity to supply 1.1 million Moroccans with electricity.

Noor solar power plant will allow a reduction of greenhouse gas emissions of more than 700,000 tons per year. Morocco aims to become a world leader in renewable energies, setting a national target of 42% of its energy mix to come from renewable energies by 2020 and 52% by 2030.This ambitious goal will allow Morocco to achieve its international commitment to environmental accords, as well as reduce its energy bill without jeopardizing its development efforts.

This project will also reduce Morocco’s energy dependency. With only limited fossil fuel energy resources, Morocco depends on imports to meet its energy needs, with 96% of energy from outside supplies. This substantial dependence, combined with rising oil prices, weighs heavily on the country’s trade balance and the national budget. Additionally, besides transforming energy to electricity, Concentrated Solar Power plants have the capacity to store energy usable at anytime. Thus, the project will enable Morocco to export clean energy, strengthening its reserve currency while promoting the country’s sustainable development efforts primarily based on a green economy.

Noor solar plant fuels the country’s economic growth without compromising the environment. The project has created new employment opportunities, especially in the less developed rural areas in the Sahara region. The Noor Ouarzazate complex currently has 5,000 employees, only 22% of whom are foreigners. The creation of Noor Ouarzazate also required the construction of a new road in this disadvantaged area, facilitating flows of commerce. The production of more electricity in the region has led Moroccan officials to open five new neighborhoods sheltering 1400 residents. This energy project will have positive repercussions on the quality of life of the local population, most importantly in rural schooling.

One might argue that such projects remain localized and require lots of planning, capacity and most importantly, solar resources. However, with the rising challenge of energy access in the continent and 600 million Africans deprived of electricity, the New Deal for Energy in Africa relies on renewable energy as a major source of energy. The countries in the Sahel, with abundant natural solar resources, have the potential to pave the way. Morocco along with the African Development Bank aims to boost solar capacity in 11 countries in the region.Cooperation has already begun with Burkina Faso, Djibouti, Ethiopia, Nigeria, and Senegal.

Although the responsibility of climate change remains unsettled, its potentially devastating consequences on developing countries are not, and countries like Morocco are choosing to act now. Climate change is a global threat requiring global effort: we need to push for a rapid transition to clean energies and urge our representatives to take action now.

*Ayate Temsamani is an MPA candidate at NYU Wagner School of Public Service, specializing in International Development. Ayate is currently working as a Climate Fellow at Green America, a non-profit organization based in Washington DC.