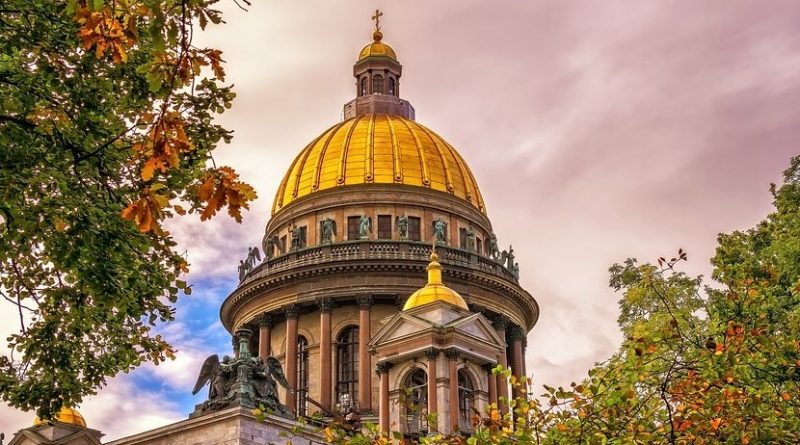 Few stories from Russia in recent times (other than anything connected with Vladimir Putin) have sparked a larger media firestorm than the report, including a Youtube video, of a Russian choir singing in St. Petersburg’s St. Isaac’s Cathedral a song celebrating the raining down of nuclear weapons on US cities.

(For the text, links to the video, and initial reaction in Russia and the West, see echo.msk.ru/blog/day_video/2378351-echo/, novayagazeta.ru/articles/2019/02/26/79693-navodi-na-gorod-vashington and ahilla.ru/i-na-samoletike-sverhu-drug-moj-vovochka-ne-s-pustymi-lyukami-v-gosti-priletel/.)

Almost lost in the media firestorm is the fact that the St. Petersburg bishopric of the Russian Orthodox Church of the Moscow Patriarchate issued, via its press office, a statement strongly condemning as inappropriate and in bad taste the song given where it was performed (interfax-religion.ru/?act=news&div=72100 and ahilla.ru/v-sankt-peterburgskoj-mitropolii-sozhaleyut-chto-pesnya-pro-podvodnuyu-lodochku-byla-ispolnena-v-isaakii/).

Choral music is performed regularly in St. Isaac’s, Natalya Rodomanova, spokesperson for the bishopric said. But this song as performed by a quite well-known collective, of course, is surprising,” not only because of the venue but because of its timing on the Day of the Defender f the Fatherland. All that makes this “clearly inappropriate.”

In the view of the church, she continued, it appears that a sense of taste deserted those who performed this song in this church “and we extremely regret that such an event took place in Petersburg and even more in St. Isaac’s Cathedral.”  That may not be the sweeping denunciation the song deserves, but it is better than nothing.