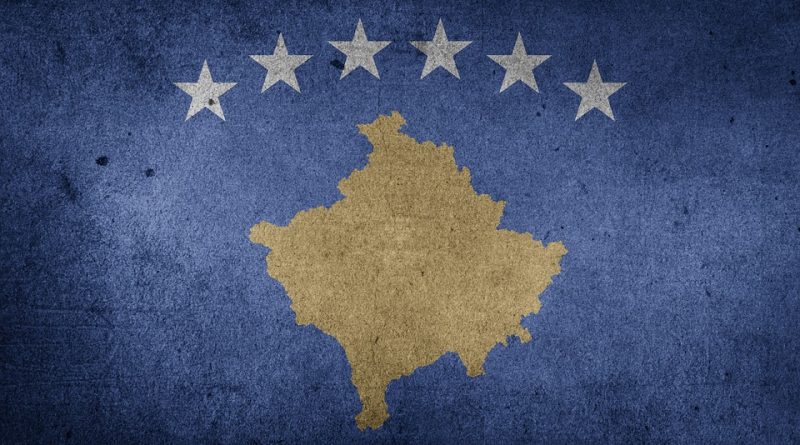 The toppling of Kosovo’s government has been blamed on political wrangling, but some observers believe it could be connected to a controversial deal with Serbia or impending war crimes indictments of senior politicians by Hague-based prosecutors.

It took 11 hours of debate in parliament, many meetings behind closed doors over the past month, an exchange of letters, some powerful friends with connections in Washington DC and an opportune moment when everyone was distracted by a global pandemic for Kosovo’s President Hashim Thaci, to secure a no-confidence motion to topple the government led by his political opponent Albin Kurti.

Political veteran Thaci, a former guerrilla leader who has maintained his grip on decision-making in Kosovo since the end of the war more than two decades ago, again managed to arrange the cards on the table to his own advantage.

Officially, Kurti’s government fell for the same reason as Kosovo’s previous administration – a disagreement between coalition partners over Kosovo’s 100-per-cent tariff on imports of Serbian goods and the future of European Union-mediated talks between Pristina and Belgrade.

But many have speculated – and what many diplomats have told BIRN – is that what lies behind all this is that President Thaci is ready to sign a peace deal with Serbia that wouldn’t be welcomed by Kurti’s government.

In this endeavour, Thaci is believed to have secured support US President Donald Trump’s envoy for Serbia-Kosovo peace negotiations, Richard Grenell. A man of many titles – he is also the acting Director of National Intelligence and the US ambassador to Germany – Grenell has denied that the partition of Kosovo has been discussed in secret as part of the rumoured peace deal.

However, the US did back the no-confidence vote while the EU opposed it as irresponsible amid the coronavirus crisis. And with Kurti’s administration out of the way, it would be easier for Thaci to seal a deal.

Kosovo is undoubtedly entering a stormy period – like the rest of the world it is struggling with the coronavirus outbreak, but with the added problem of a poor healthcare system, while it also has to deal with the negotiations with Belgrade and the current domestic political crisis, which could even require new general elections.

But another clock is ticking for Thaci and his former Kosovo Liberation Army comrades. Judges at the pre-trial chamber of the Hague-based Kosovo Specialist Chambers – the so-called ‘special court’ that will try KLA ex-guerrillas for wartime and post-war crimes – are currently reviewing indictments filed in January this year by chief prosecutor Jack Smith.

Smith, who leads the Specialist Prosecutor’s Office in The Hague, was busy for the whole of last year interviewing over 100 former KLA fighters believed to have knowledge about crimes committed in Kosovo during the period of the court’s remit, from January 1, 1998 until December 31, 1999.

Around half of those who claimed that they were questioned as suspects were affiliates or members of Thaci’s Democratic Party of Kosovo. Among them was Kadri Veseli, the party’s current leader and a member of the Kosovo parliament. There were rumours that Thaci was summoned for interview too, but he declined to confirm this to BIRN.

Thaci and the Americans

The Kosovo public remains divided about the real reasons behind the move to topple the government. Some argue that it’s just a power struggle among political parties, while for others it is about the relationship with Serbia.

However, some believe that there is fear among former guerrillas who are now leading politicians that they could soon be indicted and that ousting the government is part of their attempt to prevent this by taking executive power.

Haki Abazi, the deputy prime minister in the recently-ousted Kosovo government, said the full answer to what had led to the no-confidence motion lies in an exchange of letters between Thaci and Mike Pompeo, the US Secretary of State.

“Trying to overthrow this government has to do with the plan for the partition of Kosovo and the abolition of the Special Court,” Abazi said.

Abazi was referring to a document published by Kosovo newspaper Koha on March 5, in which Pompeo replies to the Kosovo president’s letter from November last year. Thaci’s letter “expressed concerns about the work of the Kosovo Specialist Chambers and Prosecution Office”, according to Pompeo.

Pompeo responded by underlining Washington’s support for the work and mandate of the Hague-based court and reiterating US expectations that Kosovo politicians and institutions will fully cooperate with the Specialist Chambers.

According to its mandate, the court was established to investigate and, if warranted, prosecute individuals for crimes cited in a January 2011 report for the Parliamentary Assembly of the Council of Europe, ‘Inhuman Treatment of People and Illicit Trafficking in Human Organs in Kosovo’.

The Council of Europe report referred several times to Thaci, describing him as a leader of the KLA’s ‘Drenica Group’, which was linked with abductions, torture and organised crime in post-war Kosovo. Thaci, who was the political director of the KLA during the war, denied the allegations, describing the report, and later the court, as biased and anti-Kosovo.

Political analyst Daniel Serwer recently wrote about rumours that “the Americans have promised Hashim [Thaci] protection from prosecution”. Serwer claims that the Hague prosecutor is “an American the Trump Administration appointed” and therefore “it is not hard to imagine he could be told to indict or not indict”.

He also argued that this could be a reason why the US supported the no-confidence vote that toppled Kurti – because it puts Thaci back in the driving seat and increases the chance of him concluding a Kosovo-Serbia peace deal, which the White House is keen to secure quickly.

However, Hague prosecutor Jack Smith, although appointed under Trump, is seen among the legal community as an independent professional with a good track record in running complex political investigations into corruption as well as war crimes.

Smith worked as chief of the Public Integrity Section of the US Department of Justice, supervising litigation in complex public corruption cases across the US, and prior to that served as investigation coordinator in the prosecutor’s office at the International Criminal Court.

The Specialist Prosecutor’s Office has stressed its independence on several occasions and so far has managed to ensure that there is no leak of information related to the potential prosecution of KLA ex-guerrillas.

After it submitted indictments earlier this year, the pre-trial chamber has until mid-July to confirm or reject the charges or request additional information. It insists that the pre-trial judge is continuing to work continues despite the COVID-19 outbreak.

“The KSC [Kosovo Specialist Chambers] has introduced measures throughout the organisation to respond to the situation in line with the recommendations and decisions of the responsible public health authorities, while also maintaining business continuity and full operations of the KSC. These measures include remote working and meeting wherever possible,” the court told BIRN.

But some experienced observers of justice and politics in Kosovo believe that the announcement of indictments by the Specialist Chambers may be delayed.

“As a result of this pandemic emergency, we are not hearing much publicly about their activities, except that one of the judges who is part of the Specialist Chambers has resigned in the last week for personal reasons,” Gezim Visoka, an associate professor of peace and conflict studies at Dublin City University, told BIRN.

“As for the situation in Kosovo, coronavirus and the current attempt to overthrow the incumbent government has certainly grabbed the entire attention of national and international stakeholders in Kosovo, and thus we can presume that we may not hear much news from the Specialist Chambers in the coming weeks and months,” Visoka said.

However, he noted, there has not been any public speculation in Kosovo so far linking the ousting of the Kurti administration to the activities of the Specialist Chambers.

All eyes are now on political developments in Pristina, both inside and outside Kosovo. People in the Kosovo capital have been protesting from their balconies each evening, urging their politicians to behave more responsibly during the coronavirus crisis, while the no-confidence motion has divided the US, which backed it, and the EU, which was against.

From Berlin, Kosovo’s politicians got a clear message that the country is again in a serious crisis.

“The priority must be the decisive fight against corruption and organised crime in order to finally boost the country’s economy and improve the social situation,” Peter Beyer, transatlantic coordinator of the German federal government, said on Thursday.

“This must also include continuation of the investigation of war crimes, without which no peace and trust can be created. In particular, this includes the institutions responsible for prosecuting crimes against humanity and war crimes,” he added.

Over the next three months, various political scenarios could unfold in Kosovo, ranging from a new government led by Kurti’s party to an administration without him involved – or even fresh general elections.

Lulzim Peci, director of the Kosovar Institute for Policy Research and Development, told BIRN that resolution of the current stand-off “requires political consultation and agreements”.

Peci believes the current crisis will not be resolved quickly and might “last longer than the emergency situation with COVID-19”.

There are also many questions about how the Kosovo authorities will cooperate if arrests of Specialist Chambers indictees are required.

But it remains to be seen what would happen about the arrests of ex-KLA officials if Thaci, as president and commander in chief, controls the security services in Kosovo and the political crisis remains unresolved.

According to the law that established the Specialist Chambers, the prosecution also has its own police. The law says that “police within the Specialist Prosecutor’s Office shall have the authority and responsibility to exercise powers given to Kosovo Police under Kosovo law”.

In practice however, it is unclear how an arrest scenario would play out.

The Specialist Prosecutor’s Office remains tight-lipped about this: “We are unable to comment on operational matters,” it said.