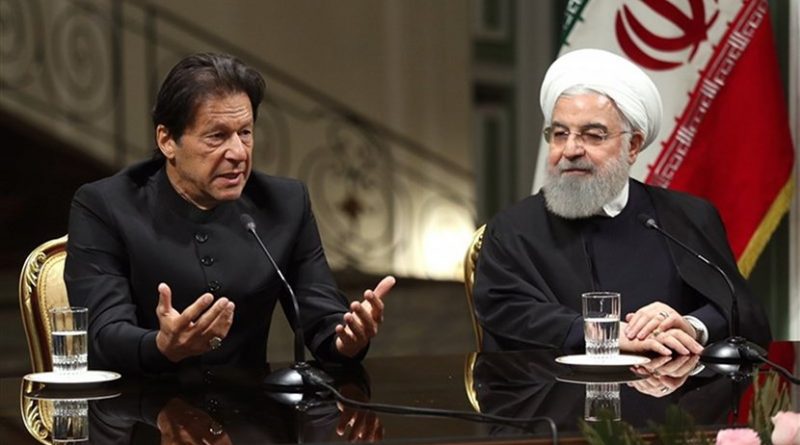 Imran Khan’s visit to America, China, Iran, and Saudi Arabia carries much importance concerning the unity of the Muslim community and solution of their long-standing differences and enmities particularly Saudi-Iran Tension.

Moreover, these visits are not only very significant for the relations of Tehran and Jeddah but also for Pakistan, being one of the neighbors of Iran.

As for as the visit of PM Imran Khan to China is concerned, Beijing, being a rising power and an economic giant, could play a very effective and decisive role in normalizing the relations between Iran and Saudi along with Pakistan because of its economic interests. Islamabad has been experiencing many changes in the national, regional and global dynamics.

In this regard, Pakistan wants to balance its side by engaging with China and tries to mediate between Iran and Saudi to end the long-standing conflict between both the Muslim nations. However, it is not easy to lessen the tensions between both the rival nations as perceived by a large portion of societies because America never allows this to happen smoothly while it will try vigorously to counter this activity because of its long-standing problems with Iran.

Particularly looking over the policies and actions of the United States against Iran such as when the whole world is suffering from a fatal disease known as COVID-19/Corona Virus, America imposed more sanctions on Iran which is against humanity. Besides, the killing of Iran’s top brass general Qassem Sulemani in an attack by the US and the scrapping nuclear deal with Iran are condemnable acts.

There can be many reasons for opposition from the United States for instance, it never wants China to engage with various nations throughout the globe mainly Iran. Because it creates the environment of friendship and engagement for China with other nations which pose threat and fear for the dominant position of Washington.

Moreover, America considers Iran as one of the staunch opposite nations of the world therefore the conflict between the US and Iran has been continued for very long. In this regard, America has imposed numerous sanctions upon Iran which creates more hardships for Tehran to smoothly run its affairs.

While Iran considers it the violation of international and humanitarian laws that should not be bearable for any well-educated, sophisticated and sincere nation of the world. According to Iran, the US has been practicing inhuman and illegal policies throughout the world, especially the Muslim World.

In this regard, Iran in the UN General Assembly strongly condemned the policies and actions by Washington in which Iran is on top of the list. On the other side, Saudi Arabia is one of the closest and reliable allies of America because of its economic interests.

Rationally looking over the US-Saudi bond, Washington keeps much influence concerning the economic, political and financial policies of the Kingdom of Saudi Arabia.

In this regard, attacks on the oil fields of Saudi Arabia created insecurity for it therefore Saudi King called MBS requested more American forces to protect the security of his country. There are multiple perspectives regarding the control, influence and creating the warlike environment in the oil-rich Muslim nations of the Middle East.

For instance, it is considered by a huge portion of the population within the Muslim world that these all issues and conflicts which have generated the deaths, destruction, fear, and insecurity all over the region are created by America to gain its interests mainly economic benefits. This is the reason for which America intervenes within these countries rich in natural resources in the pretext of saving humanity and the US being a savior of human rights violations all over the world.

While within the Western nations it is considered that terrorism and other multiple kinds of evils are generating from this region because of the undemocratic structure of these states. In this regard, the US should intervene to eliminate all evils from the region for protecting the peace and progress of the world.

Therefore, Pakistan can play a very significant role through normalizing Saudi-Iran relations though it is very difficult because of sectarian division between both nations.

Recent condemnation and opposition by PM Imran Khan about the new sanctions on Iran by the US is a good and positive sign. Besides, it is also considered by a huge population within the Muslim world that they are under the serious threat of Western Powers beneath different agendas so Pakistan being the only nuclear power state within the Muslim countries should seriously take the issue towards a peaceful solution.

Though it is also in the interest of Islamabad because in case the spiraling tensions between Saudi Arabia and Iran are not solved and turn into the escalation of the conflict, Pakistan because of Iran’s neighbor will face direct impact which could be sectarian violence and increasing oil prices.

The Alliance for Nuclear Responsibility would like to offer the following rebuttal to the op-ed, “California Public Advocates Office Enters