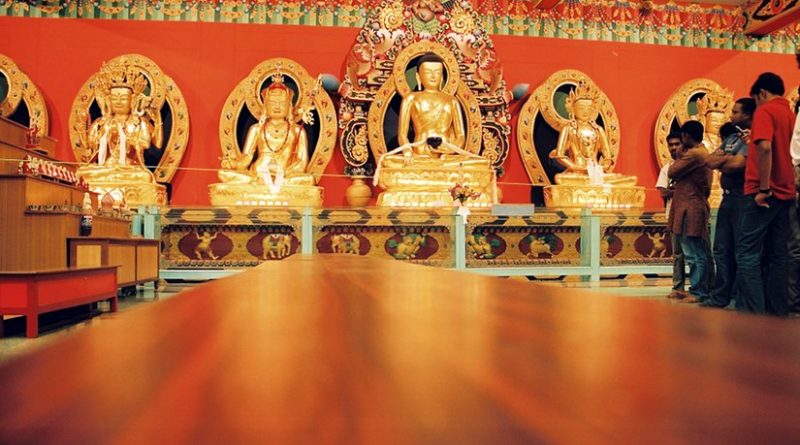 Wedged at the base of a huge land mass that comprises seven countries, including the world’s most populated (China), India has always stood out due to its markedly distinctive qualities of democracy and secularism.

None of the countries – China, Pakistan, Iran, Afghanistan, Nepal, Bangladesh and Bhutan – that claim to be geographical neighbors of India is a democracy in the true sense of the word. Though figuratively Pakistan and Bangladesh are democracies as far as going through the ritual of elections are concerned, the real power in Pakistan rests with military, while Bangladesh is fast becoming a one-woman, one-party show.

However, with the ascent of Hindu Bhajpa since 1980s, India today stands at the cross-roads. Its deadly embrace of Hindutva (Hindu nationalism) means that it has willingly shed its diverse colors in favor of saffron and it is at the moment well-poised to push secularism, poly-culturalism and inclusiveness aside. In a country of 1.2 billion where more than 25 percent practice other religions than Hindu and where more than 800 languages and dialects mingle, cultural diversity and secularism were the only magic wands that worked for India for centuries and especially for the last 70 years of independence.

In 1947, India was carved out in its present geographical state by the British because the Muslims in the east and center claimed they were a separate nation so they must be given a separate state. The founding fathers of India vehemently resisted the move saying that India was not a homogeneous entity as a range of religions, cultures and languages co-existed for centuries so suddenly there was no room for narrow nationalism. Ever since Indian forefathers have argued that despite the fact that part of India was chopped off to create a Muslim state, it survived because its democracy and secularism were working well. The Indian politicians also pointed to a fact that the land and the people that were carved out could not stay united despite claiming to be a one-nation, so the entire two-nation theory was nothing more than a fallacy. People around the world listened and many agreed.

Every student of political science knows that democracy is a double-edged sword. You can use it to include and you can use it to exclude. From a functional system of politics, it can quickly turn into a tool of submission used by a brute majority against a minority. When that happens the only line of defense is institutions of state like parliament and supreme court. However, when parliament looks set to look the other way and courts and judiciary look to ride out the storm without erecting enough safeguards, then in most cases than none, the worst case scenario becomes a reality.

Geopolitically, despite its close proximity with the USSR during the Cold War, the vibes of secularism, democracy and free market coming out of India, acted like a neutral vibes in the region that is traditionally ruled by dictators. No matter how hard the life was as both the United States and China were arch enemies and were supporting its eternal foe Pakistan, India kept on holding the lofty ideals of democracy and secularism afloat.

Fast forward. India is still managing to chug along the rail-road of democracy even if the pace and texture of this democracy is under a decisive pall of gloom as Hindu Zealots have a nice chunk of seats in the parliament and religious tensions covered up thus far by the democracy and secularism have sprung to the fore. The proponents and champion of secularism are outshouted by Hindu extremists who are bent upon creating a Hindu state in the world much on the lines of Israel, Saudi Arabia, Iran and Pakistan. However, no one bothered to note in this cacophony, that all the above mentioned religious states are homogeneous with marginalized religious minorities while the proposed Hindu state is home to 400 million minorities speaking different languages and dialects and at various levels of economic empowerment.

The situation is fraught with dire geopolitical consequences. Iran, Pakistan and Afghanistan are more or less theocracies which are unstable and incoherent socially. All three have competing regional agendas that can trigger the dreadful spark. A peaceful, socially stable, democratic and secular India would have a calming influence over this volatile region. Its trade alliance with China would have had the potential to lift the entire region out of poverty. The more it embraces Hinduism, the more regional opposition it would attract and the more socially unstable it would become.

The separatist movements in Kashmir and north-east would find willing ears in world capitals which may trigger isolation.

India doesn’t have a land route to central Asia and Europe. The path is infested with countries that are predominantly Muslim. A secular India would have tilted the equation in its favor. But now it’s China that is taking the lead in connecting Europe with Asia through land by re-inventing the old silk route. Moving forward, India doesn’t have many choices but to revert to ideals of secularism and democracy as both are inter-dependent.

*Mohammed Rizwan is a professional journalist for the last 23 years 1990-2014 covering politics and terrorism from Pakistan and Dubai.

Mohammed Rizwan is a journalist and researcher for the last 24 years. Currently based in Toronto, Canada, Rizwan covered politics and terrorism for various Pakistani and international news outlets.