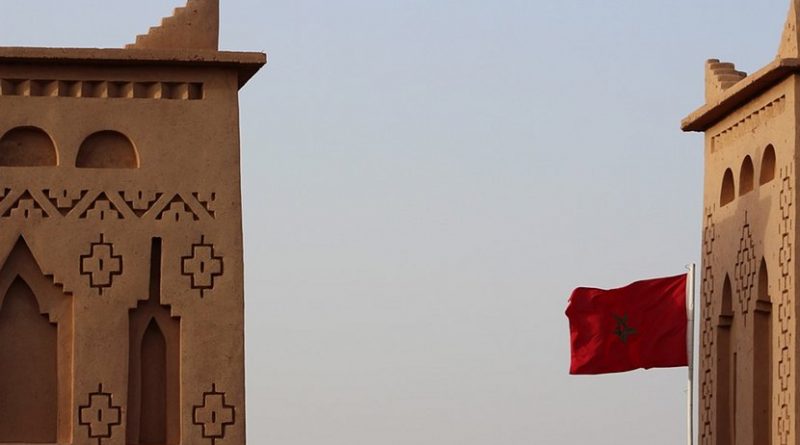 Morocco was one of the few countries of the Arab World that was partially spared by the awesome whirlwind of the Arab Spring that acted like a tornado destroying everything in its passage.

Morocco has known its national version of the Arab Spring through the movement of 20 Février, which did not ask, in the least, for the overthrow of the monarchy but just wanted a phased devolution of power and the systematic elimination of such national “headaches” as: corruption, nepotism, embezzlement, abuse of power and patron-client system.

The monarchy responded promptly by putting forward a new constitution in 2011, in which the monarch gave up symbolically some of his extensive powers to the elected head of government. This allowed the moderate Islamists of PJD (Parti de la Justice et du Développement) to grab power and serve as a “mule” during the transitional period.

But, as the “Movement of the 20th February” (Mouvement du 20 Février) withed away due fierce co-optation attrition, the monarchy went back on its implicit promise of incremental democracy and the above–emotional national “headaches” grew in intensity and power.

On the other hand, the Islamists of the PJD, proved to be ineffectual, once in power, since they did not have any acceptable economic program, so to speak, but just an anthology of eloquent religions rhetoric that does not guarantee, in the least, jobs and dignity for unemployed youth, let alone much needed economic growth and development.

Actually, the Islamists not only failed economically speaking since they would not come up with viable solutions but failed miserably, too, on the moral level as their prominent member got involved in sex scandals, corruption, nepotism, abuse of power and, as a result, their reputation paled in the eyes of the general public.

What is the problem?

It is true that the monarchy enjoys tremendous public support for the sake of stability and peace of mind. But, it will be a grave mistake to take this for granted. If the establishment continues to emasculate the youth through patriarchal tactics and tribal manipulation, there might be a change of heart and a revolution could, ultimately, happen at any time without a prior warning, whatsoever. A good example of that is neighboring Algeria where there is currently a peaceful revolution against the military regime in place since independence in 1962.

The actual problem in Morocco, at the time being, is that the country is split in the middle by the “haves” and the “have nots” and there is nothing in between them to absorb the terrible head on shock that could occur at any time.

Besides the “headaches” referred to above, the problem is that there is no equal opportunity in the country. As a matter of fact, there is an endemic problem known among Moroccans as/ “parachutage” (parachuting).

“Parachutage” is when a given individual lands himself a well-paying job or a powerful position in the state system for the following reasons:

Indeed, so many people who occupy senior positions landed there with the help of a “parachute” and not merit and when in place these people perpetuate the system and block the advance of democracy and accountability.

The practice of “parachutage” (parachuting) has increased the brain-drain whereby Moroccan talent, snubbed at home, flees the country to democratic environments where their worth is recognized fully. As of today, Moroccan talent is legion in Europe and in America and, as a result, the economy of the country is unproductive because of this self-inflicted harm.

Political Scene Is Dormant, Not To Say Totally Dead

In the 1960s, and the 70s of the last century, political parties were very active and very effective especially in the opposition side and, as such, they proved to be quite a healthy challenge to the monarchy and the latter was indirectly accountable to them. But, annoyed by this incessant challenge to his autocratic power, the late King Hassan II disrupted the political scene by:

As such, co-opted leaders were gratified with rentier privileges and ministerial or senior jobs and political power.

This massive co-optation exercise killed politics and, consequently, political parties became tribal businesses ( called in Arabic dakakin siyasiya — political shops) that guaranteed money and powerful jobs and the benediction of the monarchy to their members. And with time, political parties lost their credibility and, today, they are considered by the majority of Moroccans as being more functionaries of the establishment and they are called “ayasha” (people who are obsequious to the state and say all the time “long live…”).

The fact that political parties have been ineffectual in defending the interests of the population has led to three prominent uprisings in the periphery known as “hirak,” especially in the traditional rebellious and recalcitrant Rif, in the southern city of Zagora and in the ex-mining city of Jerada. The leaders of these movements were arrested and put in prison to serve as an example to future uprisings and rebels.

Co-Optation Of The Press

In the 1960s, 70s and 80s of the last century political parties that were in the opposition had powerful newspapers that reflected the viewpoint of the party and criticized the establishment. They acted as strong and powerful accountability agents that reviewed and controlled the work of the government and that of the monarchy, as well.

Also, in the 1990s of the last century, independent journalism came into view and the majority of people welcomed this new addition with the hope that it will wield more needed pressure on the government and it, actually, did until the establishment decided, in the mid of, the first decade of this century, to opt for the devastating weapon of co-optation.

Today, all print and online publications sing melodiously the praise of the establishment in varying degrees and get paid handsomely for it. As result, people do not buy anymore print newspapers and some of them are disappearing consequently. As for online newspapers, nobody pays attention to them at the exception of the popular “Hespress” that voices criticism of the government and its institutions and allows people to voice their discontent freely.

Since time immemorial religion has been co-opted by the establishment in so much as the monarch is the sole representative of the Islamic religion in the country: amir al-muminin, “Commander of the faithful.”

In the 19th century, there was so much dissension in Morocco. Indeed, the country was divided into: Bled al-Makhzen (land controlled by the government) and Bled as-Siba (land of dissent). In Bled as-Siba, which was mostly the periphery inhabited by the Amazigh/Berber people, the population recognized the religions mantle of the monarch and conducted prayers in his name, but not his temporal status and, consequently refused to pay him taxes.

Moulay Slimane, Sultan of Morocco from 1792-1822, waged a war against the Amazigh/Berbers in the Meknes region. They defeated his army and imprisoned him. He thought they would, definitely, kill him, but actually, instead, they took off his clothes and gave him new ones, cut his old clothes into hundreds of pieces and distributed them among the tribesmen as symbol of religions grace (Baraka), he enjoyed as a representative of Allah in his land. Then, they accompanied him to the gates of his capital city Fes and released him unharmed. Back on the throne he decided to put an end to any military actions against the rebellious Amazighs/Berbers of Morocco.

Traditionally, the Ministry of Islamic Waqf and Religions Affairs has always being located in the palace precinct (mechouar) so that the monarch can walk to its building on foot to check on the religions affairs of the nation. In addition, the sovereign has in the past and still today makes annual money gifts to the religions lodges of moderate Sufi Islam located all over the country to secure their infallible support.

Today, the strong Sufi lodge of the Boutchichiya Tariqa, located in the environs of the city of Berkane, in eastern Morocco, has millions of adepts in Morocco and abroad, and they are all staunch followers of the monarchy.

Indeed, during the Arab Spring in 2011, they staged a monster demonstration in Casablanca of millions of participants in support of the monarchy.

Moroccan people do not reject the monarchy’s co-optation of the religions field because it is synonymous of stability, tolerance and moderation and, actually, when it comes to religion, most Moroccans are adepts of the wasatiyya or middle of the road religious approach which calls for brotherhood of men and rejects religious violence and extremism.

Moroccans want, today, a constitutional monarchy and not an executive monarchy and want all political actors to be fully accountable.

The Arabic Spring 2.0 is around the corner in Algeria where it is paving the way to democracy and surely Moroccans would not want ever to be the undemocratic neighbor of a democratic country.