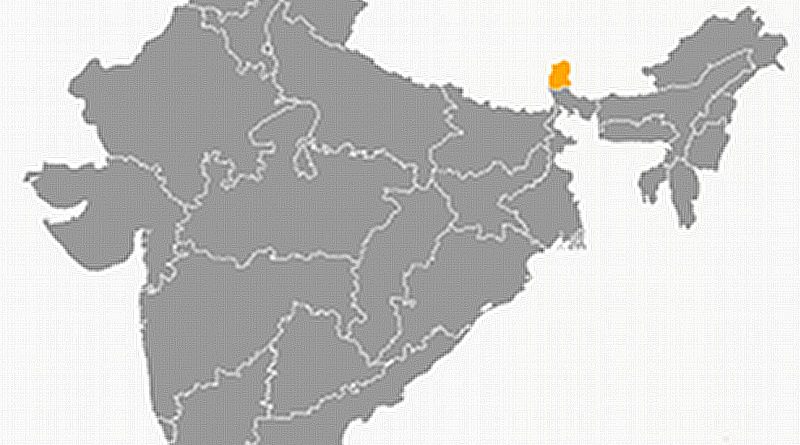 The difference is noticeable the moment one crosses the border from West Bengal into Sikkim. Colourful stone arches and wall panels embedded with Sikkimese tribal motifs greet a visitor and houses and streets take on a more cheerful and cleaner hue. Rangpo, the first town across the border, shows signs of civic order not associated with the chaos and municipal neglect of Indian small towns. The change is starker as one enters the precincts of Gangtok, the state capital, with a sign proclaiming “You are now entering an open defecation-free zone”.

Gangtok’s development is a surprise, especially since one was coming here after some decades. The streets are clean and litter-free (littering invites deterrent fines), traffic is organised and disciplined (overtaking during peak hours on narrow hill roads also invites heavy fines of up to Rs 5,000) and the well-planned city centre with its pedestrian walkways, well maintained overbridges and tubular connectors, a nearly kilometre-long tiled pedestrian shopping plaza, bisected by fountains, flowering plants and benches, makes one feel one is in some Southeast Asian city, not India. Gangtok Municipal Corporation is one civic body that seems to be doing its work, quite unlike slothful municipalities in the rest of the country.

Sikkim gives you the impression of a well-administered state, despite the fact that the current incumbent, Pawan Chamling, has been in power now for nearly 22 years and, by the end of his fifth term in 2019, will become the longest serving chief minister in India, overtaking the late West Bengal chief minister Jyoti Basu’s record of an unbroken 23 years. The Sikkimese driver only reinforces the impression of a working administration when he tells you that the same driver becomes a completely different person when he is driving through West Bengal and when he enters Sikkim. “Ek hi driver mein zameen aasman ka farak hai (there is a heaven and earth differences in the same driver),” said Mohan Chhetri. “In Sikkim he knows that he will get pulled up by the police and penalised if he doesnt follow the traffic rules strictly; in West Bengal he does what he likes and the policeman defers to him.”

How is that a state that, by all accounts is run quite efficiently, has many distinctions to its credit, including being the country’s first organic state and the state with the cleanest hill station (Gangtok), is so little known and talked about outside the state? In Delhi, people even ask if Sikkim is part of India and in many parts of the country a Sikkimese is looked upon as a foreigner. A recent article in Sikkim Express, written by a local commentator, Jiwan Rai, summed up the angst of the Sikkimese when he asks “It would be interesting to know how much the rest of India knows about us. How much interest or concern do we generate in the domain of public communication in mainstream India?”

Rai goes on to illustrate how “A film star’s (Amitabh Bachchan) dog’s death merited a 166 word report (in a national daily) and the first Chief Minister of Sikkim’s (Kazi Lhendup Dorji, who spearheaded the merger of the Himalayan kingdom with India in 1975) passing away merited a shorter report of 154 words”.

“Only when an earthquake hits hard enough to crumble a few buildings can it be a little more visible nationally. That’s Siikim in India,” he lamented, perhaps justifiably, on the Delhi-centric reporting of mainstream India and its waking up to the existence of the more distant parts of India only when a natural calamity or disaster strikes.

One of the main problems of Sikkim is its accessibility. It has no air link – the airport project is delayed by over three years until 2017 – and the only access is through Bagdogra, from where a four-hour – if there are no landslides – drive along the picturesque Teesta river, brings you to Gangtok. The nearest railhead is New Jalpaiguri in West Bengal through which it gets a lot of tourists from eastern India. Tourism is nevertheless booming as Sikkim provides good hill-station experience, with a lot of ecotourism and homestays, at affordable costs.

But things might be changing. For one, Prime Minister Narendra Modi, who visited the state in January to inaugurate the Sikkim Organic Festival, saw first-hand some of its achievements and returned impressed. “Other states can take a lead from Sikkim,” Modi said at a rally in Meghalaya in May, while talking about its sustainable agriculture exemplified by its use of cow urine instead of chemical fertilliser to exterminate pests.

Being India’s least populous state with a population of just over 610,000 people, and the second smallest after Goa, its mountainous, landlocked geography and its strategic location, where it shares boundaries on three sides with China, Nepal and Bhutan, makes agriculture (only 11 percent of its 7,000 sq km land area is available for cultivation), transportation and communication difficult and administration a challenge.

But it has still managed to get recognition for its achievements, including the Prime Minister’s Award for Excellence in Public Administration in 2013 for rural management and development. It also got an award for 100 percent sanitation, the first and only state in the country to achieve this. One of the significant aspects of governance in Sikkim is the devolution of power to the panchayats and empowerment of women. About 70 percent of the rural development budget was handled by gram panchayats that has resulted in a bottoms-up development and made a significant dent in poverty reduction. Extreme poverty is absent in Sikkim and the government claims it is a “beggar-free and slum-free state.”

About 50 percent seats in panchayats are also reserved for women demonstrating an exemplary paradigm in gender parity at the grassroots.

With so much achieved – its GDP growth has been consistently over 12 percent, the highest in the country – there is a rising sense that tiny Sikkim can export peace and its paradigm of sustainable and eco-friendly development to the rest of India. In many ways this is already happening; droves of ministers and policymakers from other parts of the country visit Sikkim and go back lauding its initiatives.

But its policy success has bred its own downside. Although the state has literacy rate of over 80 percent, the quality of education is poor and lack of skill development has resulted in jobs going to outsiders. With the state attracting a large number of pharmaceutical companies, the government has now made it mandatory for them to reserve local employment and award contracts to local companies.

Nevertheless, the state’s superior quality of life, its clean air and easygoing lifestyle deter youngsters from pursuing ambitions in metro cities – unlike in other northeastern states. And the growing frustration of unfulfilled expectations combined with the easy availability of banned substances is leading to a growing number of drug addicts. Sikkim, unexpectedly, also has a high rate of suicides, much higher than national average, a phenomenon sociologists are hard put to explain.

Chamling has often said that his vision is to make Gangtok like Singapore and Sikkim’s rural areas like Switzerland. P D Rai, the lone MP from Sikkim in the Lok Sabha, a graduate of both IIT and IIM, elaborates that it translates into making Sikkim a “modern state, fuelled by high quality of knowledge and education, health and wellness and sustainable agriculture and living.”

A small state thinking big is not unusual, but it can only happen if New Delhi supports a regional party (Sikkim Democratic Front) to achieve its political goals without seeking to destabilise it and foist its own party regime and line of thinking on a simple people.

*Tarun Basu is a veteran journalist and analyst. He can be contacted at [email protected]