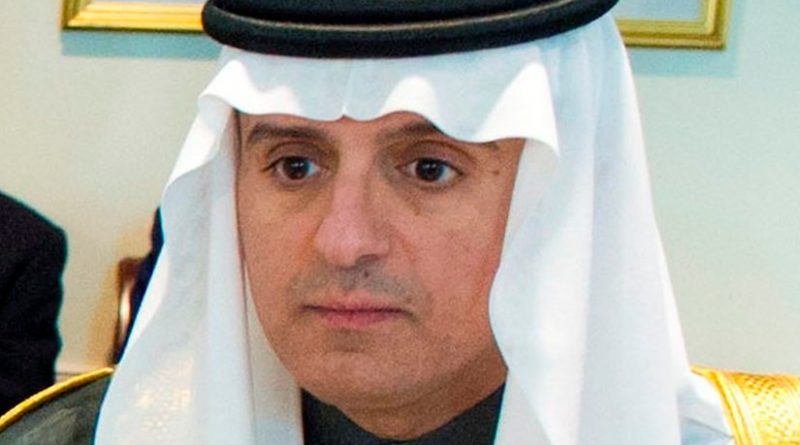 Saudi Arabia said on Tuesday there will be no negotiations over the demands made to Qatar to stop supporting terror, Al-Ekhbariya TV reported.

Saudi Foreign Minister Adel Al-Jubeir was referring to a list of demands Qatar would need to fulfill to ease concerns of Arab states over the country’s role in terror funding.

Saudi Foreign Minister Adel Al-Jubeir, who was also in Washington, was unbudging amid attempts by US and Kuwaiti diplomats to mediate the row which has left Qatar isolated under a trade and diplomatic embargo set by its Gulf Arab neighbors.

“Our demands on Qatar are non-negotiable. It’s now up to Qatar to end its support for extremism and terrorism,” Jubeir said via Twitter.

Riyadh has laid down a list of 13 demands for Qatar, included the closure of Al-Jazeera, a downgrade of diplomatic ties with Iran and the shutdown of a Turkish military base in the emirate.

He was to meet later with Kuwait Foreign Minister Sheikh Sabah Khaled Al-Sabah, who has sought to work resolve the standoff.

Saudi Arabia, the United Arab Emirates, Egypt and Bahrain announced on June 5 they were suspending all ties with Qatar, accusing it of support for extremist groups — a claim Doha denies.

They have also closed their airspace to Qatari carriers and blocked the emirate’s only land border, a vital route for its food imports.

The US and Saudi militaries work closely together as well.